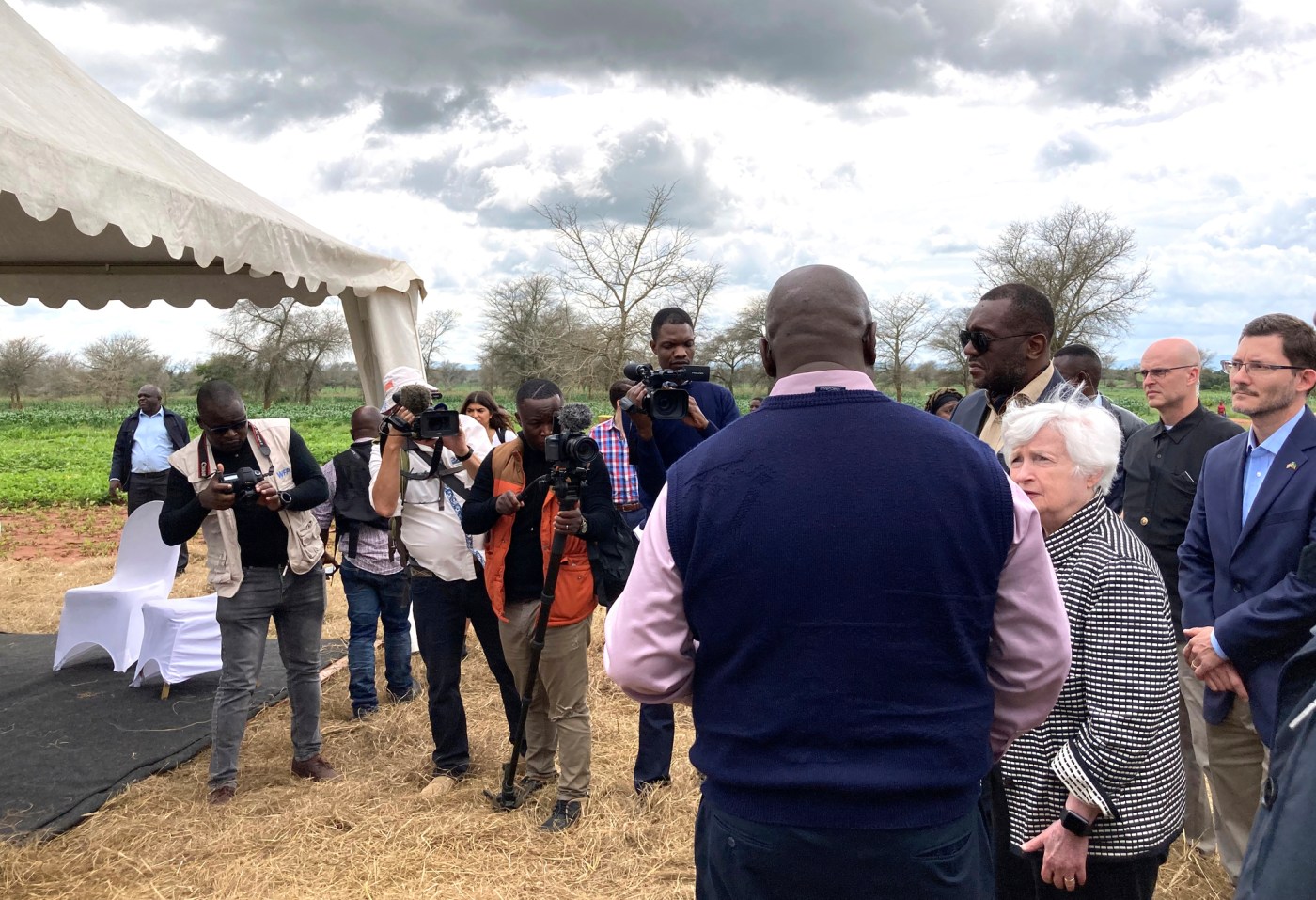 Yellen, midway through a 10-day tour of Africa, devoted her day to highlighting the agricultural investment potential of underdeveloped African nations, especially as Russia’s invasion of Ukraine has exacerbated worldwide hunger and the cost of food.

“As we tackle acute needs now, we must also take a longer view and scale up investment in long-term food system resilience. Africa is a perfect example of these dual challenges,” Yellen said in Chongwe, a village an hour outside of Lusaka. She stood at her signature podium, surrounded by lush green fields of corn and with chickens grazing nearby.

The continent’s potential is evident in one statistic: Africa has 60 percent of the world’s uncultivated arable land.

They told Yellen stories of how they’ve sustained their communities — by sharing goats to mate to build a sustainable livestock supply and by developing collective savings groups and silos for grain.

Echinah Mfula, a Chongwe farmer and participant in the Twalumbu Savings Group, which helps its members pool money to buy livestock and food, said, “It’s been a challenge. It’s been a big challenge for us, but we are successful.”

In Zambia, roughly 2 million people face acute food insecurity, more than half the population lives below the poverty line and nearly half of the population is unable to meet minimum caloric intake needs.

“It is a continent that faces acute food needs,” Yellen said. “But it is one that also has the potential not only to feed itself but also to help feed the world — if the right steps are taken.”

Solving the country’s well-documented debt crisis is more important than ever if financing for new agricultural projects is to be possible.

Zambia became Africa’s first coronavirus pandemic-era sovereign nation to default when it failed to make a $42.5 million bond payment in November 2020. Negotiations over how to deal with the debt load have been ongoing.