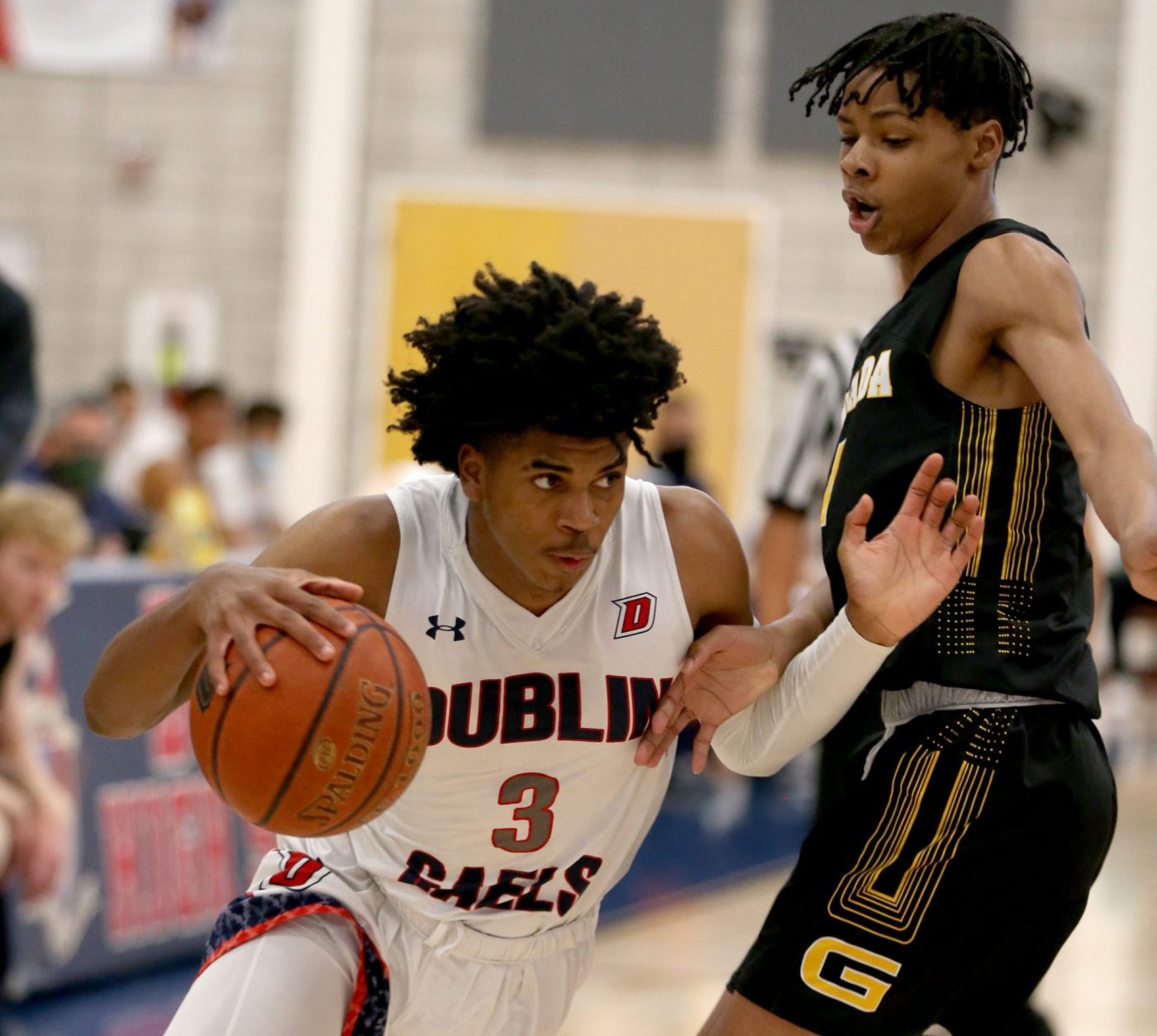 “There’s not a lot of breathing room,” he said. “If you’re a competitor, you got to love this environment.”

After suffering a two-point loss at De La Salle on Friday, Dublin bounced back with a 79-75 victory on the road over San Ramon Valley on Tuesday in a packed gym.

The Gaels — ranked ninth by the Bay Area News Group — improved to 15-7 overall and 4-1 in league play.

The Gaels are playing with a bit of a chip on their shoulder.

“They just feel a little bit overlooked and a little bit under the radar,” Costello said. “In their eyes, it’s a little disrespectful, I guess. And they want to prove people wrong.”

San Ramon Valley has seen firsthand how grueling it is in the EBAL. The Wolves were 15-1 and on an 11-game winning streak when league play started.