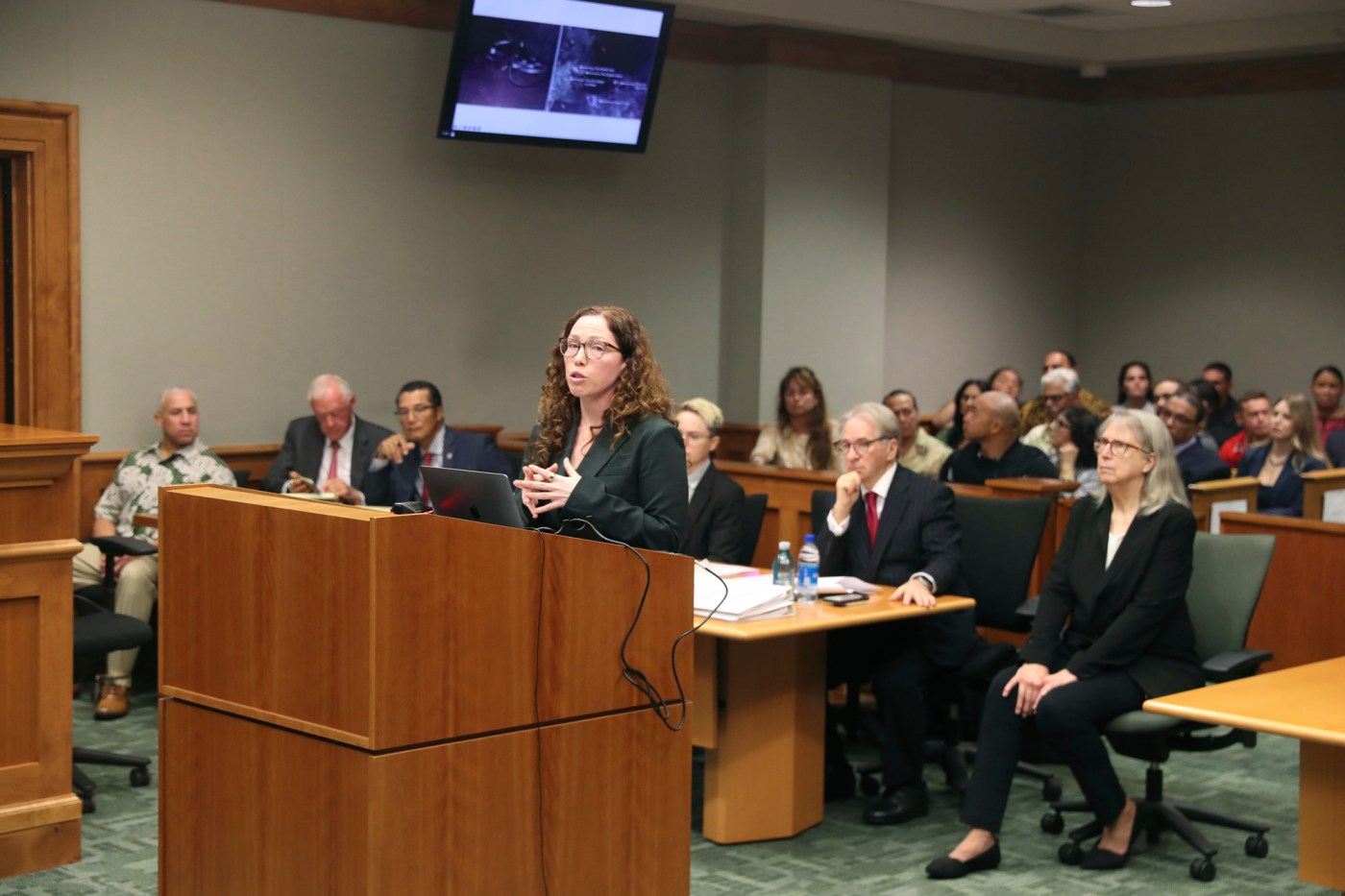 HONOLULU — Attorneys for a Native Hawaiian man who has been imprisoned for more than 20 years for the 1991 sexual assault, kidnapping and murder of a white woman visiting Hawaii began presenting new evidence in court Tuesday — including DNA testing — they say proves he is innocent.

A petition filed late Monday outlines additional evidence in one of Hawaii’s biggest murders, which unfolded on Christmas Eve in 1991 on Hawaii Island, commonly known as the Big Island.

Dana Ireland, 23, was found barely alive in the bushes along a fishing trail in Puna, a remote section of the Big Island. She had been sexually assaulted and beaten and later died at Hilo Medical Center. The mangled bicycle she had been riding was found several miles away and appeared to have been run into by a vehicle.

The murder of the blond-haired, blue-eyed visitor from Virginia gained national attention and remained unsolved for years, putting intense pressure on police to find the killer.

“Whenever you have a white, female victim … it gets a lot more attention than people of color and Native Hawaiians,” said Kenneth Lawson, co-director of the Hawaii Innocence Project. “The parents, understandably, were becoming more and more infuriated. … There was insurmountable pressure to solve this case. And when that happens, mistakes are made. Some intentional and some unintentional.”

With help from the Innocence Project in New York, the co-counsel in the case, Lawson’s group is representing Albert “Ian” Schweitzer, the last of three Native Hawaiian men convicted in Ireland’s death to remain imprisoned.

All the Signs ‘Grey’s Anatomy’ Will End With Season 19

DNA evidence previously submitted in the case belonged to an unknown man and all three of the convicted men were excluded as sources.

New DNA evidence, according to the petition, shows a “Jimmy Z” brand T-shirt found near Ireland and soaked with her blood belonged to the same unknown man, and not to one of the three men, as prosecutors claimed.

Additionally, a new tire tread analysis concluded Schweitzer’s Volkswagen Beetle car didn’t leave the tire marks at either location where Ireland and her bicycle were found. A forensic odontologist also concluded an injury on her left breast wasn’t a bitemark, as previously believed, the petition said.

“At a new trial today, a jury would not convict Mr. Schweitzer of Ms. Ireland’s sexual assault and murder,” the petition said. “In fact, a prosecutor would likely not even arrest Mr. Schweitzer for this crime.”