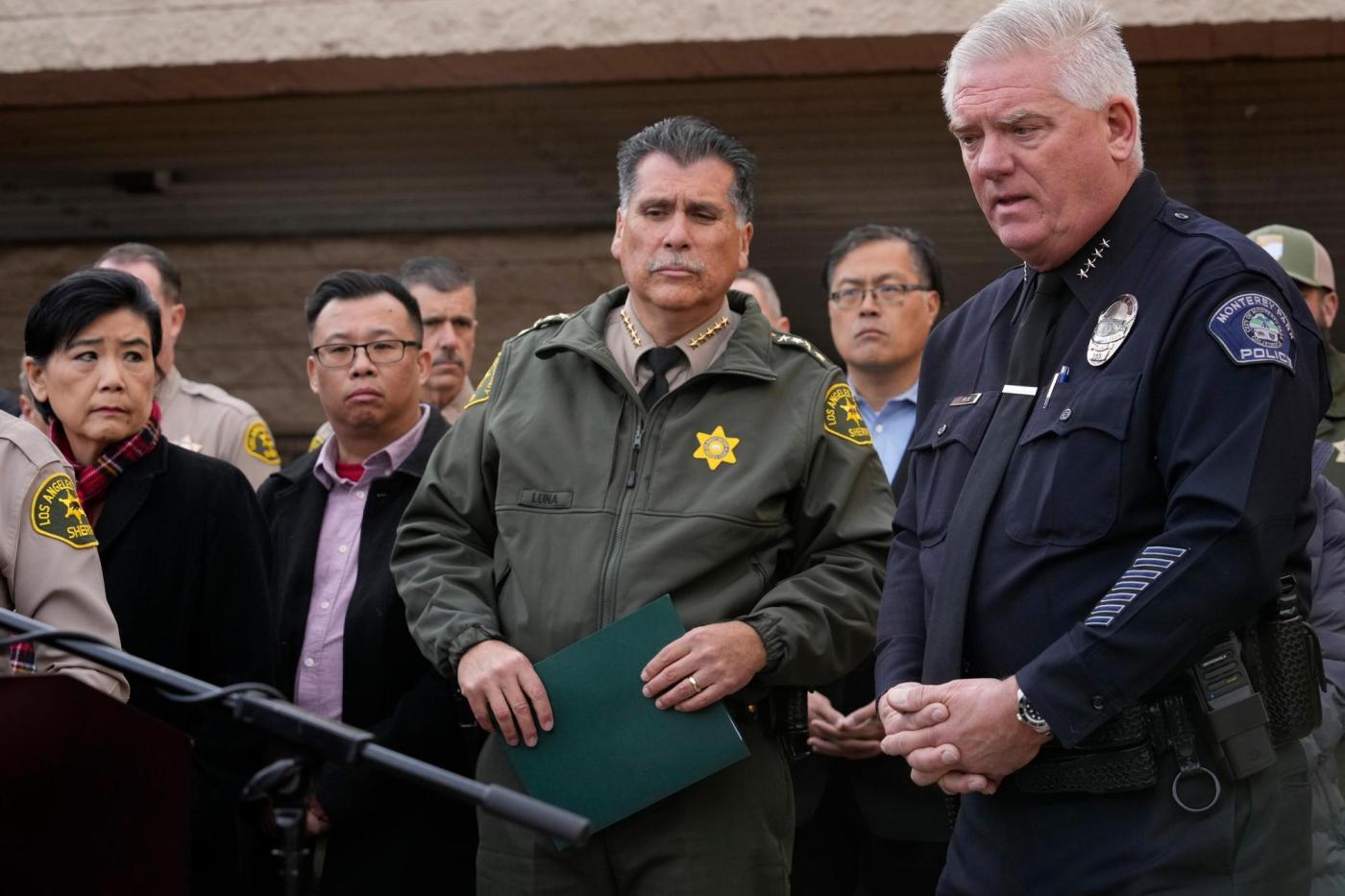 Lost in the aftermath of the Monterey Park ballroom dance hall shooting that left 11 people dead is an alarming fact: It took five hours for authorities to alert the public that the gunman was on the loose.

Even after the 72-year-old shooter brought a submachine gun-style weapon into another nearby dance hall about a half-hour later, a potential attack thwarted by a hero who grabbed the weapon and chased the man away, it would be hours more before police held a news conference to announce the suspect was still at large.

Experts say the weekend mass shooting that sent fear through Los Angeles-area Asian American communities highlights the lack of national standards for notifying the public, and the need for an aggressive alert system — similar to Amber alerts — that would immediately set off alarms on cellphones in surrounding areas and post warnings on highway signs.

“Five hours is kind of ridiculous,” said Chris Grollnek, an expert on active-shooter tactics and a retired police officer and SWAT team member. “This is going to be a really good case study. Why five hours?”

Brian Higgins, a former SWAT team commander and police chief in Bergen County, New Jersey, said an alert should have gone out right away, and a half hour between the two incidents was more than enough time to do so.

“What took so long?” said Higgins, an adjunct professor at New York’s John Jay College of Criminal Justice. “Maybe they were still doing their investigation. Maybe they didn’t have a good handle on what they had. But if they didn’t know, they should have erred on the side of caution and put this out.”

Los Angeles County Sheriff Robert Luna on Monday said his department was “strategic” in its decision to release information but that he would review what happened.

“When we started putting out public information, the priority was to get this person into custody,” Luna said. “Ultimately it worked. We will go back and look at it as we always do. Nobody is as critical as ourselves as to what worked and specifically what didn’t work, and evaluate that, and see what the wait was in determining what the public risk was at that time.”

A timeline of events shows police were silent for hours, not only about a shooter being on the loose but about the fact that …