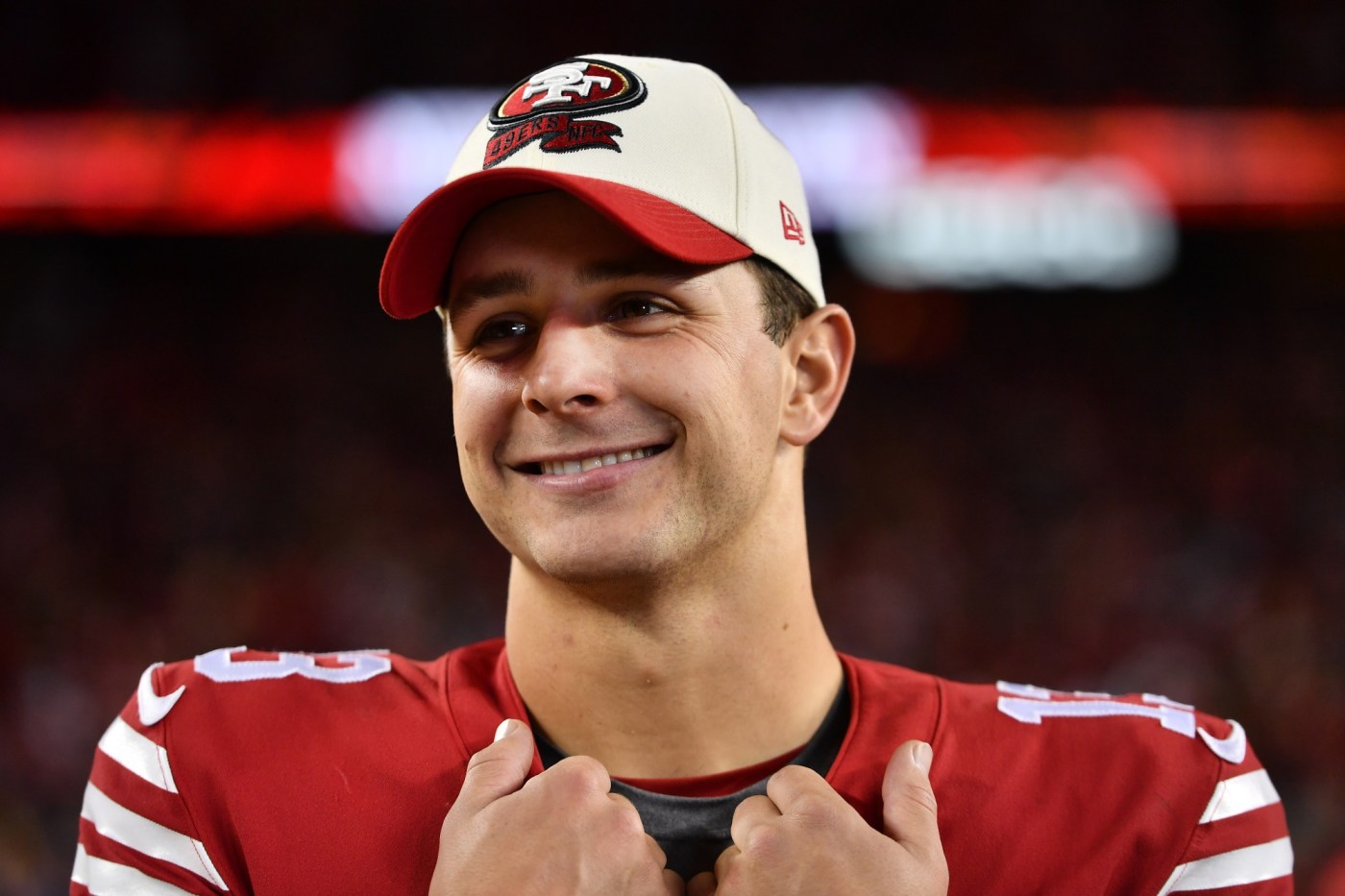 SANTA CLARA — Brock Purdy once again made the cut to the final three. He first did so among the 49ers’ quarterback trio to make this season’s roster, and now he’s among three finalists for the Associated Press’ NFL Offensive Rookie of the Year honor.

Purdy’s coach, the 49ers’ Kyle Shanahan, is a finalist himself for the NFL’s Coach of the Year award.

For the 49ers to stay in Super Bowl contention, Shanahan needs Purdy to become the first rookie quarterback to win a conference championship, when they visit the Philadelphia Eagles this Sunday.

“I love the game, I love competing, I love making a big play and having the crowd go crazy,” Purdy said last week. “There’s that thing in me that you just want to win.

“You want to have all those other guys on the field celebrate with you for doing something good, so whatever that takes,” Purdy added. “if that’s extra studying, extra film hours, extra time in the weight room, whatever, I feel like that’s something that a lot of guys on this team have that they’re willing to do and so, I’m just another guy that likes to do it as well.”

Purdy has produced eight wins since relieving an injured Jimmy Garoppolo on Dec. 4, after Garoppolo revived the 49ers’ playoff hopes and reprised his starter role once Trey Lance sustained a fractured ankle in the Sept. 18 home opener.

Purdy passed for 214 yards and committed no turnovers in Sunday’s 19-12 win over the Dallas Cowboys, who couldn’t rally behind Dak Prescott, the 2016 NFL Offensive Rookie of the Year.

With playoff wins over the Seattle Seahawks and the Dallas Cowboys, Purdy is only the third rookie since 1970 to win two playoff games (the 2002 New York Jets’ Mark Sanchez, the 2009 Baltimore Ravens’ Joe Flacco). The only others to reach a conference championship start are Shaun King (1999 Tampa Bay Bucs) and Ben Roethlisberger (2004 Pittsburgh Steelers).