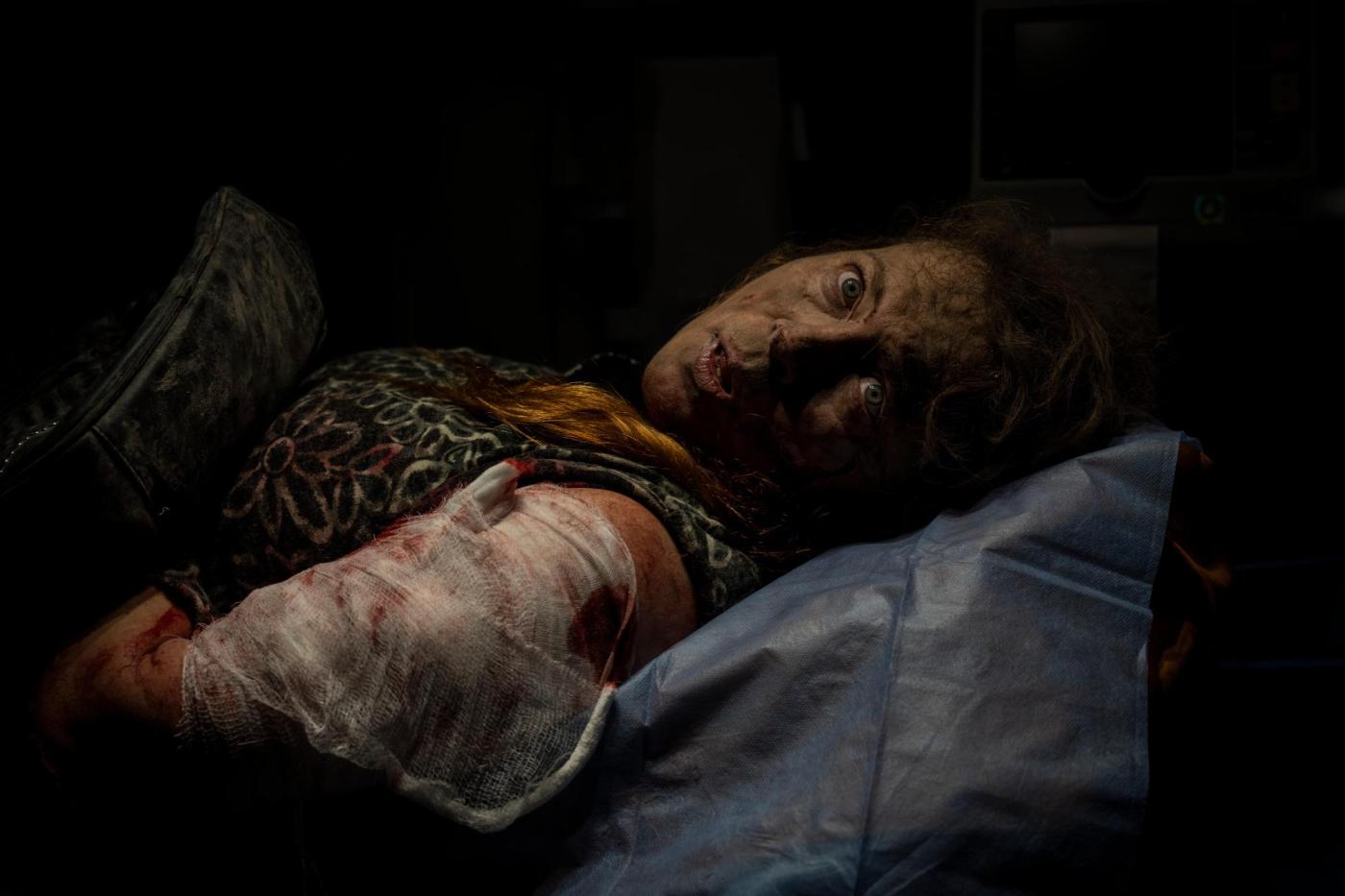 KHERSON, Ukraine (AP) — Natalia Kristenko’s dead body lay covered in a blanket in the doorway of her apartment building for hours overnight. City workers were at first too overwhelmed to retrieve her as they responded to a deadly barrage of attacks that shook Ukraine’s southern city of Kherson.

The 62-year-old had walked outside her home with her husband Thursday evening after drinking tea when the building was struck. Kristenko was killed instantly from a wound to the head. Her husband died hours later in the hospital from internal bleeding.

“Russians took the two most precious people from me,” their bereft daughter, Lilia Kristenko, 38, said, clutching her cat inside her coat as she watched on in horror Friday as responders finally arrived to transport her mother to the morgue.

“They lived so well, they lived differently,” she told The Associated Press. “But they died in one day.”

A barrage of missiles struck the recently liberated city of Kherson for the second day Friday in a marked escalation of attacks since Russia withdrew from the city two weeks ago following an eight-month occupation. It comes as Russia has stepped up bombardment of Ukraine’s power grid and other critical civilian infrastructure in a bid to tighten the screw on Kyiv. Officials estimate that around 50% of Ukraine’s energy facilities have been damaged in the recent strikes.

The Ukrainian governor of Kherson, Yaroslav Yanushevych, said Friday that Russian shelling attacks killed 10 civilians and wounded 54 others the previous day, with two neighborhoods in the city of Kherson coming “under massive artillery fire.”

The Russian shelling of parts of the Kherson region recently recaptured by Kyiv compelled authorities to transfer hospital patients to other areas, Yanushevych said.

Some children were taken to the southern city of Mykolayiv, and some psychiatric patients went to the Black Sea port of Odesa, which is also under Ukrainian control, Yanushevych wrote on Telegram.

“I remind you that all residents of Kherson who wish to evacuate to safer regions of Ukraine can contact the regional authorities,” he said.

Soldiers in the region had warned that Kherson would face intensified strikes as Russian troops dig in across the Dnieper River.

Scores of people were injured in the strikes that hit residential and commercial buildings, lighting some on fire, blowing ash into the air and littering the streets with shattered glass. The attacks wrought destruction on some residential neighborhoods not previously …