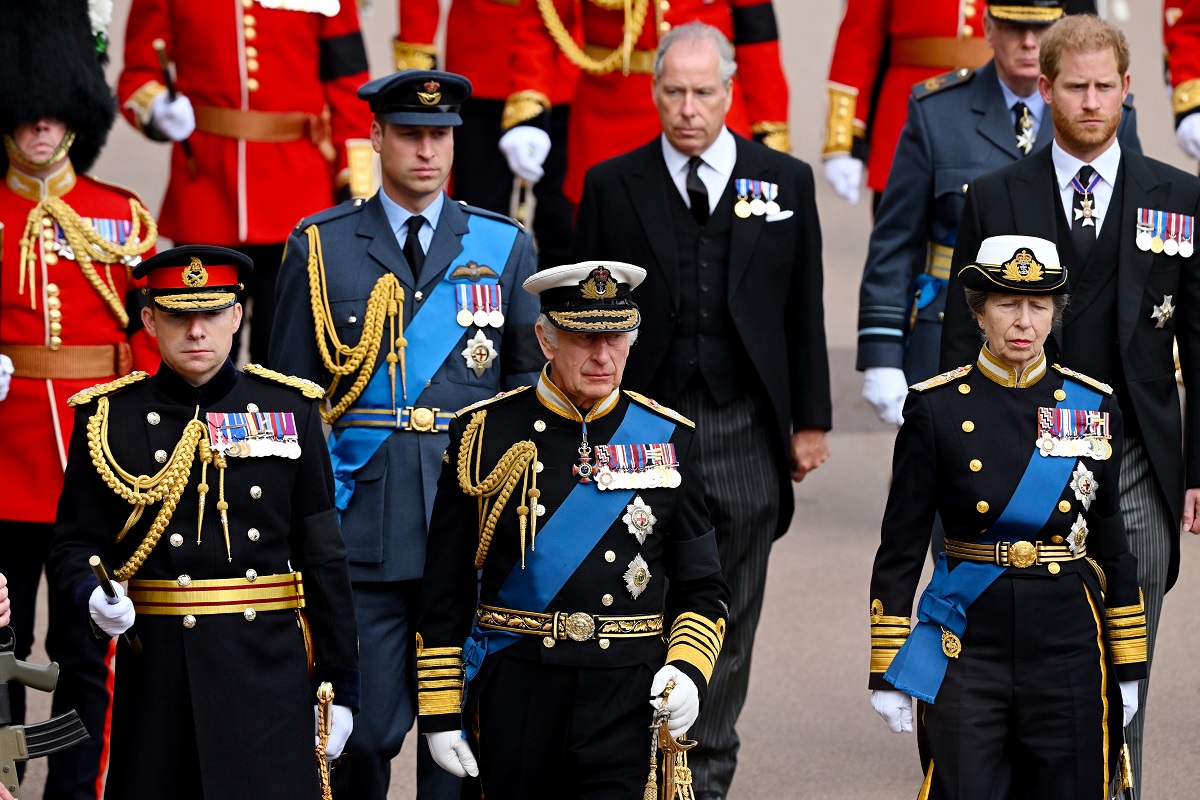 Following the death of Queen Elizabeth II on Sept. 8, there were questions about how much involvement Prince Harry would have in the funeral service now that he is no longer a working royal.

He took part in a vigil with his brother and cousins as well as procession behind the queen’s coffin. But a body language expert observed the Duke of Sussex doing something that showed he wanted a more “active role” in the service.

A major question in the days leading up to the queen’s funeral was would Harry be able to wear his military uniform after being stripped of those titles when he stepped down in 2020.

He was permitted to wear his Blues and Royals No. 1 dress uniform for a vigil around the queen’s coffin with other her grandchildren at Westminster Hall. For her funeral though Harry was in civilian dress wearing a black suit jacket and gray pinstriped trousers. Moreover, he and his uncle, Prince Andrew, were both unable to take part in a salute to the monarch’s casket during the official burial ceremony since they are non-working royals. He and the Duke of York did not salute Britain’s war memorial, the Cenotaph, in London during the procession either.

And while Harry’s brother Prince William, the Princess of Wales, and their children Prince George and Prince Charlotte were sitting in the front row for the service Harry and Meghan were seated in the second row back.

‘Ghosts’ Season 2 Premiere Date and Which Cast Members Are Returning

Body language expert Judi James studied Prince Harry’s behavior aand demeanor during his grandmother’s funeral and noticed that he made a gesture, which she says showed that he wanted a more “active role” than he had.

“Following the coffin beside his brother there were some suppressed signals of tension, like the sucked-in lips,” she told The Sun, before adding,”But when the coffin was being lowered he did a repeat of the shoulder-rolling gesture from the last walk.

“He appeared to not only be bracing or steeling himself for the service inside, but was also mimicking the gesture the coffin bearers were …