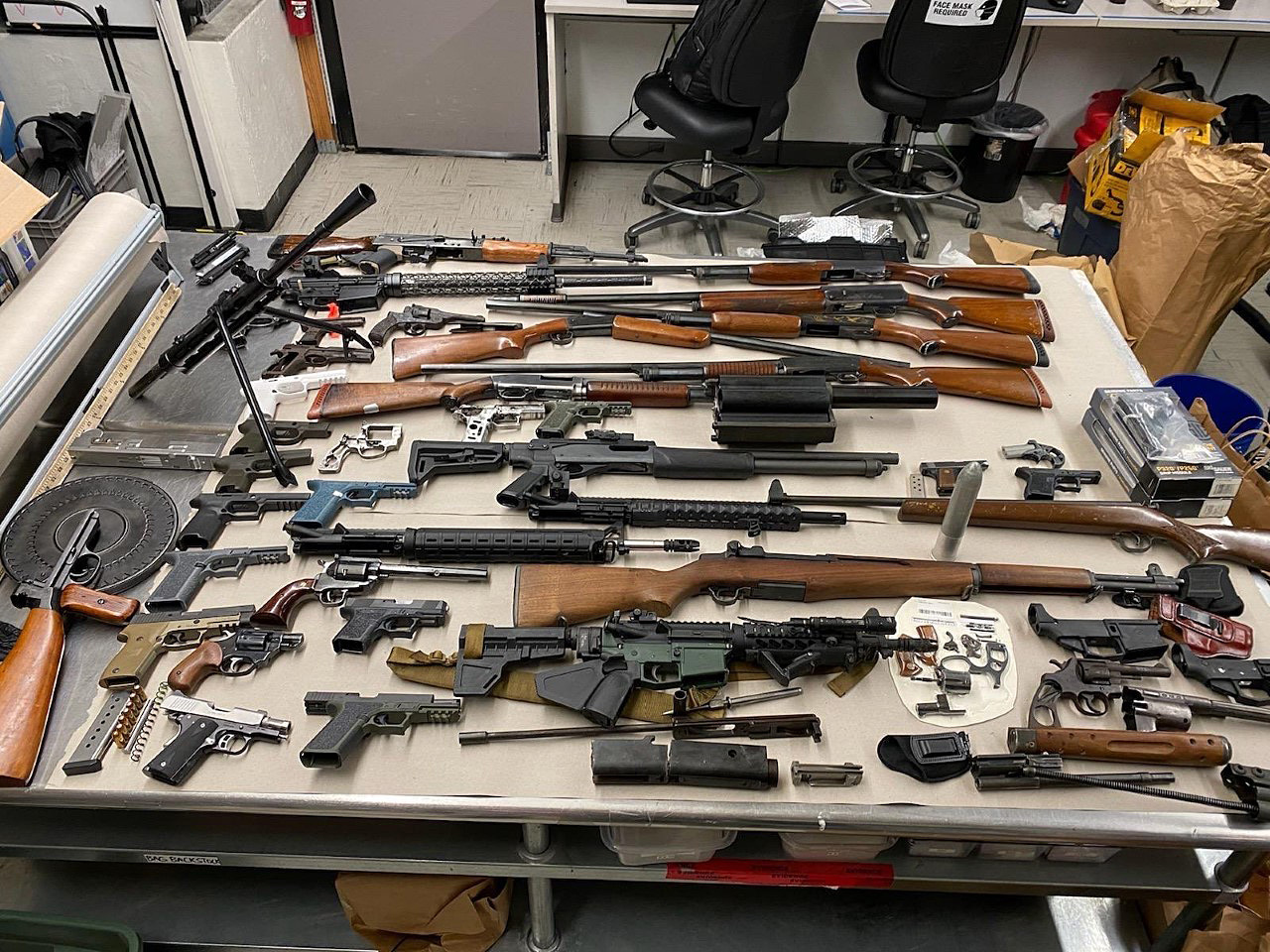 SAN JOSE – A 41-year-old San Jose man has been arrested on suspicion of domestic violence and weapons violations, police said.

Officers were called to a residence in the 1000 block of Malott Drive around 3:20 p.m. Tuesday for a report of domestic violence, San Jose police Sgt. Christian Camarillo said in a news release. The victim said the suspect had strangled her and threatened her with a gun.

Camarillo said an investigation revealed the suspect had multiple firearms registered to him.

At 4:45 p.m., the suspect left the home and was taken into custody with the help of a police dog, Camarillo said.

Officers checked the interior of the residence and discovered what appeared to be evidence of firearms assembling and manufacturing. Camarillo said officers obtained a search warrant for the home and found a cache of firearms and parts as well as tools to make parts. An illegal, short-barreled assault rifle was also allegedly seized.

“At this time, it is believed the suspect was not only assembling and manufacturing firearms, but was also selling them illegally,” Camarillo said. “The suspect is not a licensed firearms dealer.”

Camarillo said the suspect suffered injuries during his arrest and will be booked into the Santa Clara County Main Jail for numerous weapons violations, felony domestic violence and assault with a deadly weapon after he is released from the hospital.

In a statement, San Jose police Chief Anthony Mata noted the danger posed by such cases.

“Intimate partner violence cases involving firearms are extremely high risk for lethality,” Mata said. “The officers in this case did an outstanding job of safeguarding the survivor as well as the community by safely taking this armed and dangerous suspect into custody. Through their planning and professionalism, officers were able to avoid a potentially deadly confrontation with an armed suspect.”

Stevie Nicks Reveals What ‘Messed Up’ Her Friendship With Tom Petty