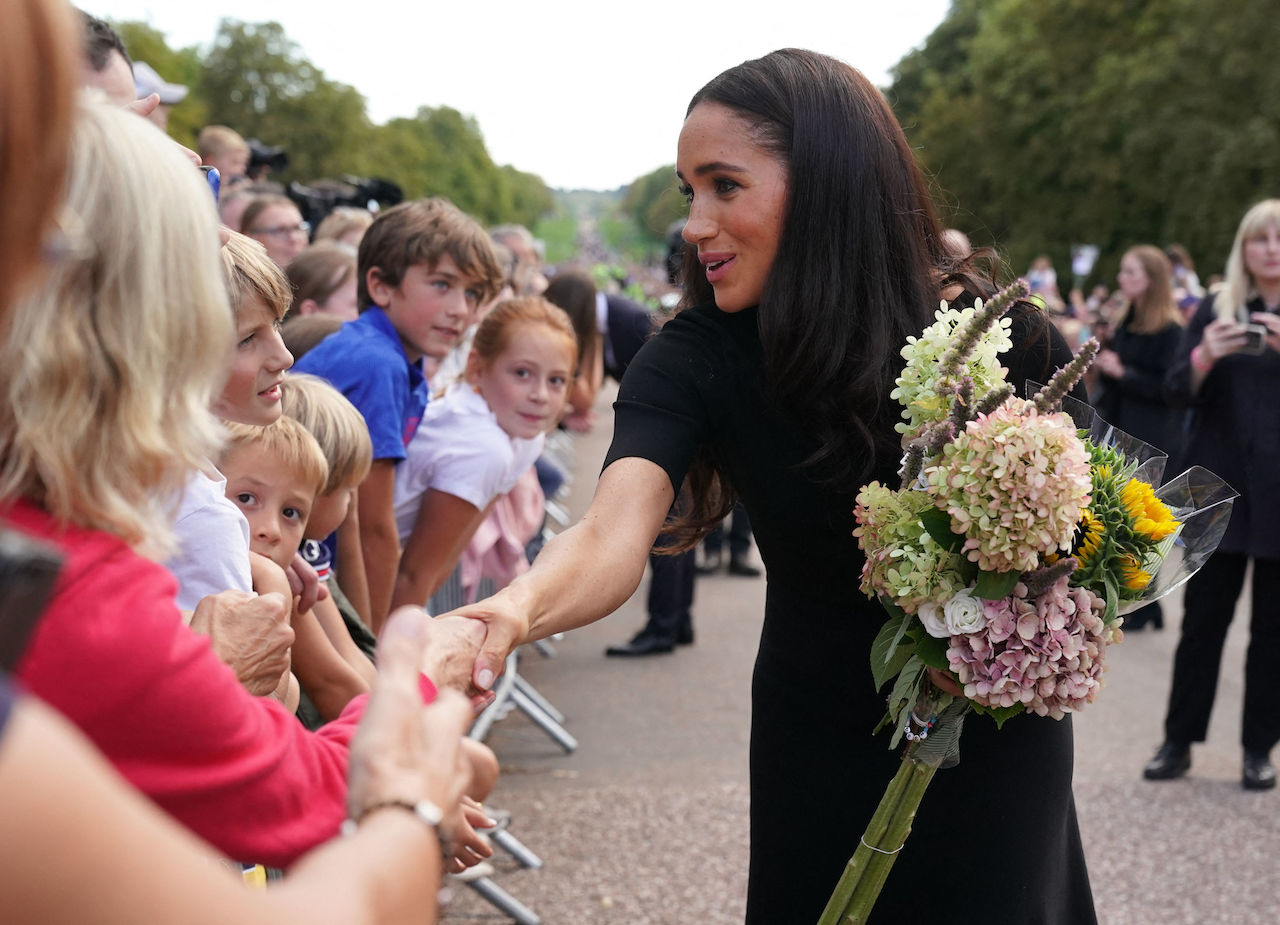 Many observers noticed when Meghan Markle didn’t hand flowers over to a royal aide during the Windsor walkabout with Prince Harry following Queen Elizabeth’s death.

It is customary for well-wishers to give their bouquets to a royal, who then passes them off for placement. But Meghan declined an offer to unload the flowers in a moment caught on camera and highly scrutinized.

After a chat with Harry, she was seen giving the bouquets she was holding over to one of the people designated to take them. And body language analyst Spidey shared four theories for why she initially didn’t want to give them up.

Theory no. 1: Meghan Markle was using the flowers as a ‘pacifier’

Spidey, an award-winning mentalist, broke down the Windsor walkabout for The Behavioral Arts. And he provided multiple speculative explanations for Meghan’s response to the aide.

The first theory is based on the realistic idea that Meghan was likely uncomfortable about being reunited with Prince William and Kate Middleton. So, it’s easy to believe the flowers were like a “pacifier” that soothed some of that tension.

Plus, the four royals were in the early stages of grief while having reportedly been on contentious terms for years. So, having something to touch could have made Meghan more comfortable in the awkward scenario, Spidey noted.

Theory no. 2: Meghan Markle was using the flowers for image maintenance

Next, Spidey shared a second theory based on the idea that carrying a bouquet can create the image of a well-liked individual. When someone sees a person holding flowers, it might bring to mind thoughts of a bride or a pageant winner.

‘Studio City’: Sean Kanan Explains Why He Has to Charge $.99/Episode to Save Show

Being offered tributes to take to the queen’s collection could have presented a chance for Meghan to lean into that representation of being admired, Spidey noted. So, theoretically, the Duchess of Sussex could have been hoping to evoke an adoring image by loading up with flowers.

Jack and Abigail giving The Queen and Meghan Markle their flowers pic.twitter.com/Fmimc9uilY

Theory no. 3: Meghan Markle was using the flowers to give a perception of humility

Third, Spidey theorized that Meghan could have been hoping to create a perception of humility by offering to take the flowers to the pile herself instead of handing them off to …