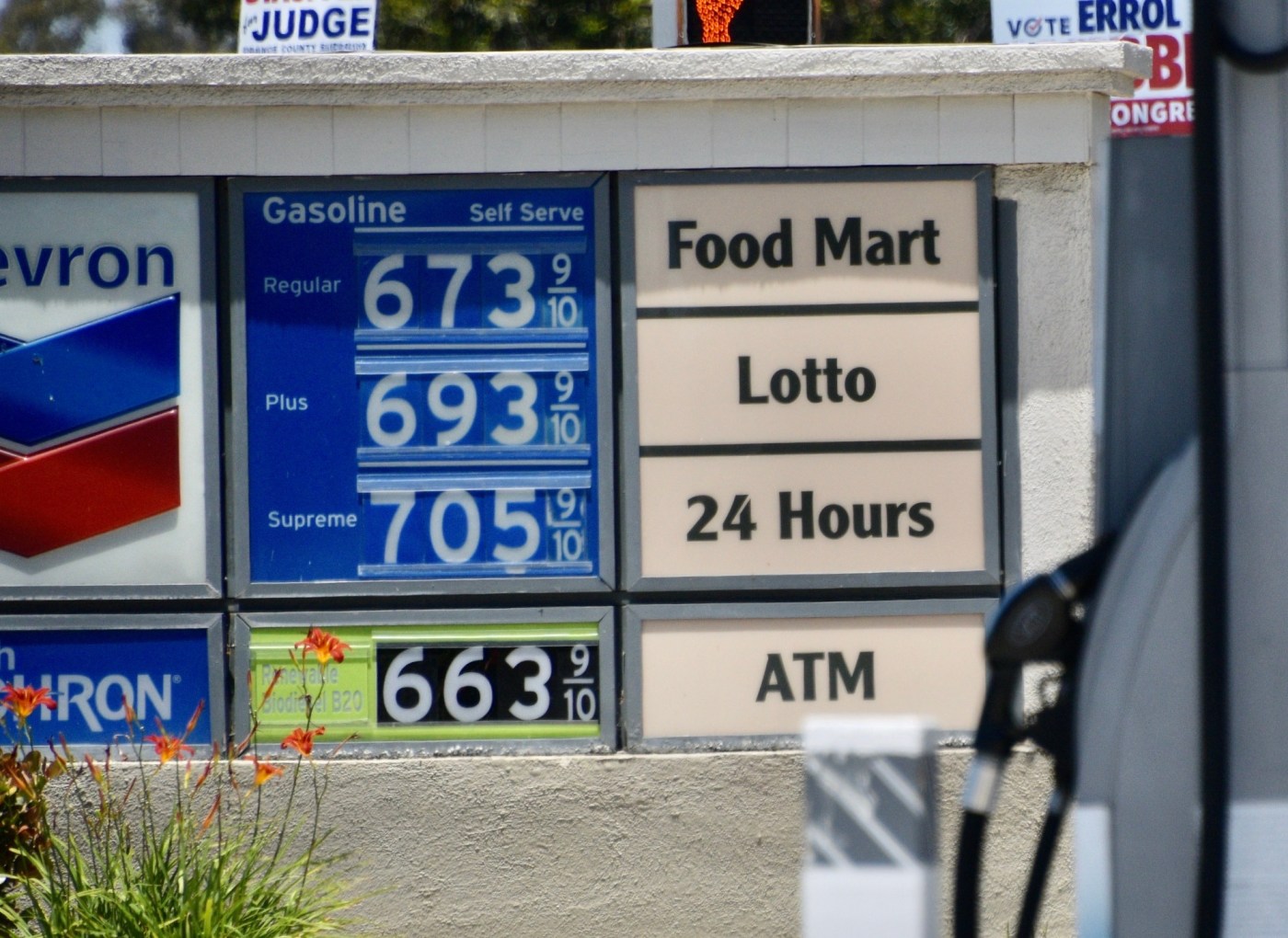 Call it, for lack of a better phrase, the “Gas Price Derangement Syndrome.”

Prices at the pump go up and down all the time, but when they take a sharp upward turn, motorists and the media take notice and like Pavlov’s dog, politicians shun responsibility and promise to do something about it.

The syndrome is particularly virulent in California because the state traditionally has the nation’s highest gas prices, largely due to high taxes and other unique factors.

The current spike, roughly $2 a gallon over the last two years, is running true to form. In 2019, when gas was about $4 a gallon, Gov. Gavin Newsom asked the California Energy Commission to investigate rising gas prices, mirroring a similar step by then-Gov. Arnold Schwarzenegger in 2006.

The Energy Commission reported that, as any motorist knows, prices were notably higher at stations owned by major corporations than they were at independent stations. It raised the possibility of illegal price-fixing and Newsom asked the attorney general to investigate. That was two years ago, but no results have been announced.

Gas prices continued to rise, with the most recent spikes attributed to post-pandemic demand outstripping pandemic-constrained supply and sharp increases in the global oil market in the wake of the Russian invasion of Ukraine.

It is, however, an election year and politicians feel compelled to respond. This week, the speaker of the state Assembly, Anthony Rendon, created a special committee to investigate.

It’s not likely to be an objective inquiry since Rendon has already concluded that oil companies are engaged in “price gouging” and he wants the Legislature to “stand up to the profiteers who are abusing a historic situation to suck profits from California’s wallets.”

Meanwhile, Newsom, Rendon and other California politicians are pledging to offset the increase in gas prices with some kind of cash payments to Californians who have experienced not only pain at the pump but other sharp hikes in the cost of living. However, they disagree on how much to spend and how it should be distributed.

Republicans have been touting a suspension of California’s hefty fuel taxes for immediate relief. The state tax is now 51-cents a gallon, and it’s due to automatically increase by 3 cents on July 1. The GOP plan would not make a huge impact and has been rejected by Democrats who argue, with some validity, that oil companies might not pass on the cut to consumers.