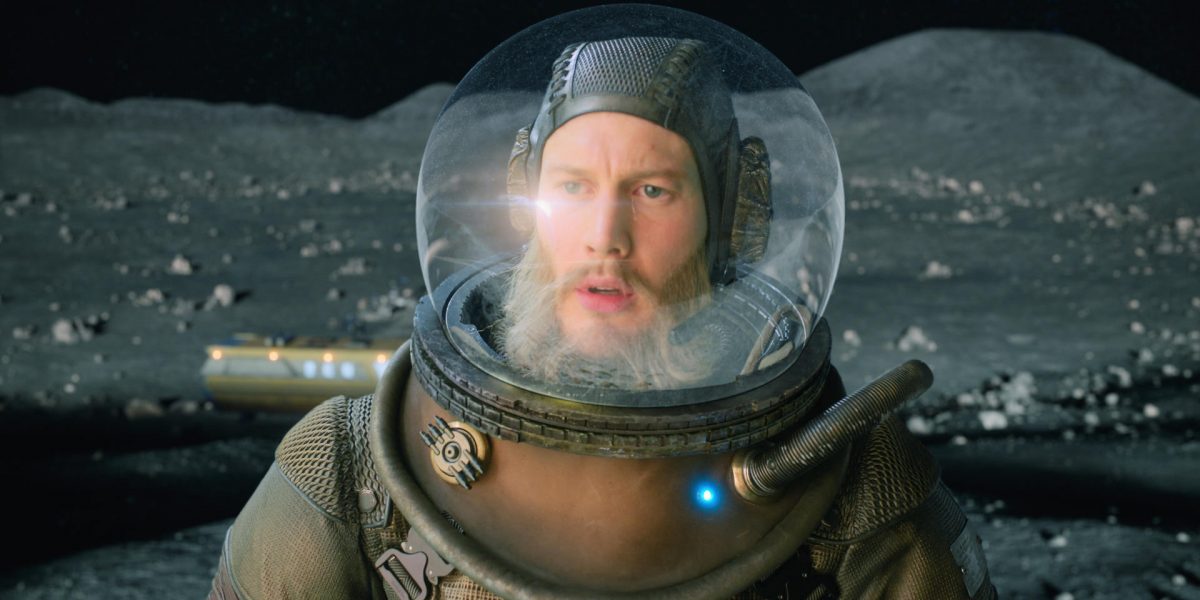 Tom Hopper as Luther Hargreeves on the moon | Netflix

The Umbrella Academy fans might have thought Luther Hargreeves’ mission to the moon was a thing of the past, but we’re here to tell you that’s not the case. His mission to the moon comes up again in season 3 of the Netflix series, and while it’s not as frequent as season 1, the moon plays a big role in Luther’s story this time around.

[SPOILER ALERT: Major spoilers ahead for The Umbrella Academy Season 3.]

Tom Hopper as Luther Hargreeves on the moon | Netflix

Luther (Tom Hopper) spent the better part of four years on the moon collecting data for Sir Reginald Hargreeves (Colm Feore). Living alone in seclusion, Luther sent regular reports back to Reggie and wasn’t summoned back to Earth until his dad’s death in season 1 of The Umbrella Academy.

Eventually, Luther learns his time spent on the moon was useless. Reginald never read any of his reports, leading Luther to feel like a failure as the group’s number one and take a massive hit to his confidence in the first season of the Netflix series.

Throughout the debut season of the Netflix series, Luther harps on Reginald sending him to the moon. He brings his time on the moon up so frequently, fans started making memes about the storyline with images alluding to Luther’s superhuman physique.

‘The Young and the Restless’: How Old Is Lauren Fenmore Baldwin? Everything You Need to Know

“Dad sent me to the moon!” one Redditor shared. Their post included a photo of an “insanely muscular monkey.” One fan on Twitter even made a drinking game out of his moon mentions.

As an Umbrella Academy fan pointed out on Reddit, Luther asks Reginald to go to the moon in the Dark Horse comics that inspired the Netflix series. “Mr. Monocle sir, when I grow up, I want to go into space,” Luther tells Reginald as a child.

“And so you shall, Number One…” Reggie replies. “So you shall.”

In the new season of The Umbrella Academy, Luther falls for one of the Sparrow Academy’s members, Sloane (Genesis Rodriguez). Though their families are at odds, Luther’s inner hopeless romantic falls fast and hard for Sloane, who has the power to alter gravity.