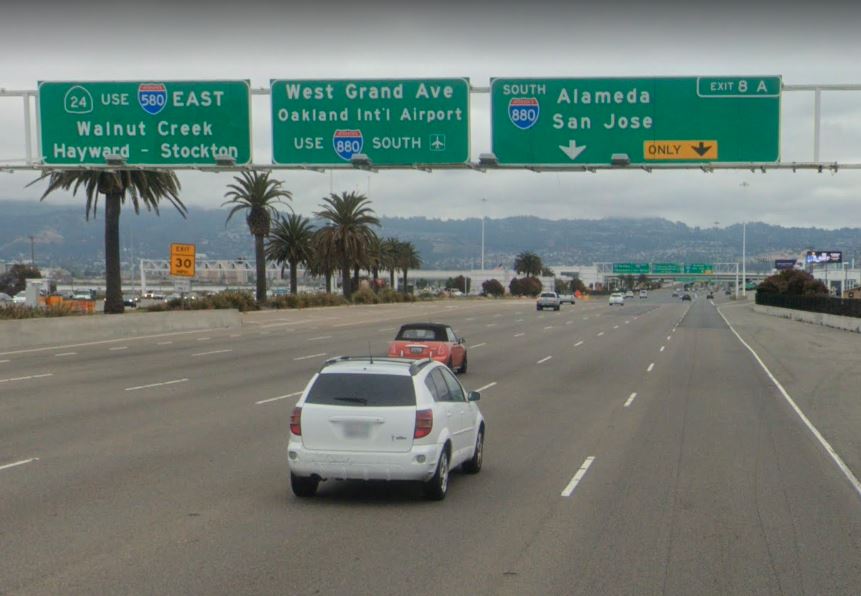 Q: I was reading a driving tip in Reader’s Digest to expect signs on exits to be on the same side of the highway as the exit. Makes sense and seems totally intuitive. On Interstate 880 in Oakland, why is the sign regarding the Walnut Creek I-24 exit placed on the left, when that exit is on the right? Does Caltrans have different rules?

Q: I have a question about San Jose BART Stations. Even after reading your column, I still don’t understand why VTA is involved at all in BART operations, including the parking lots. Why is VTA on the hook to pay for any of BART’s operations for the Silicon Valley extension?

Isn’t all funding for BART operations, anywhere in the system, the responsibility of BART?

What is the history behind this kind of arrangement, where VTA is involved at all in any ownership of any pieces of BART, including the stations? Is this how it works in other counties that BART operates in, that someone else owns the BART stations, tracks and trains, and pays BART to operate them? From what I can tell, it’s at least not that way with other BART parking lots.

A: VTA built and owns both new transit centers and the BART stations in Santa Clara County. That’s how the tax was set up when BART was coming to Santa Clara County. Other counties have other arrangements but in most cases, BART owns and operates the system and parking lots.