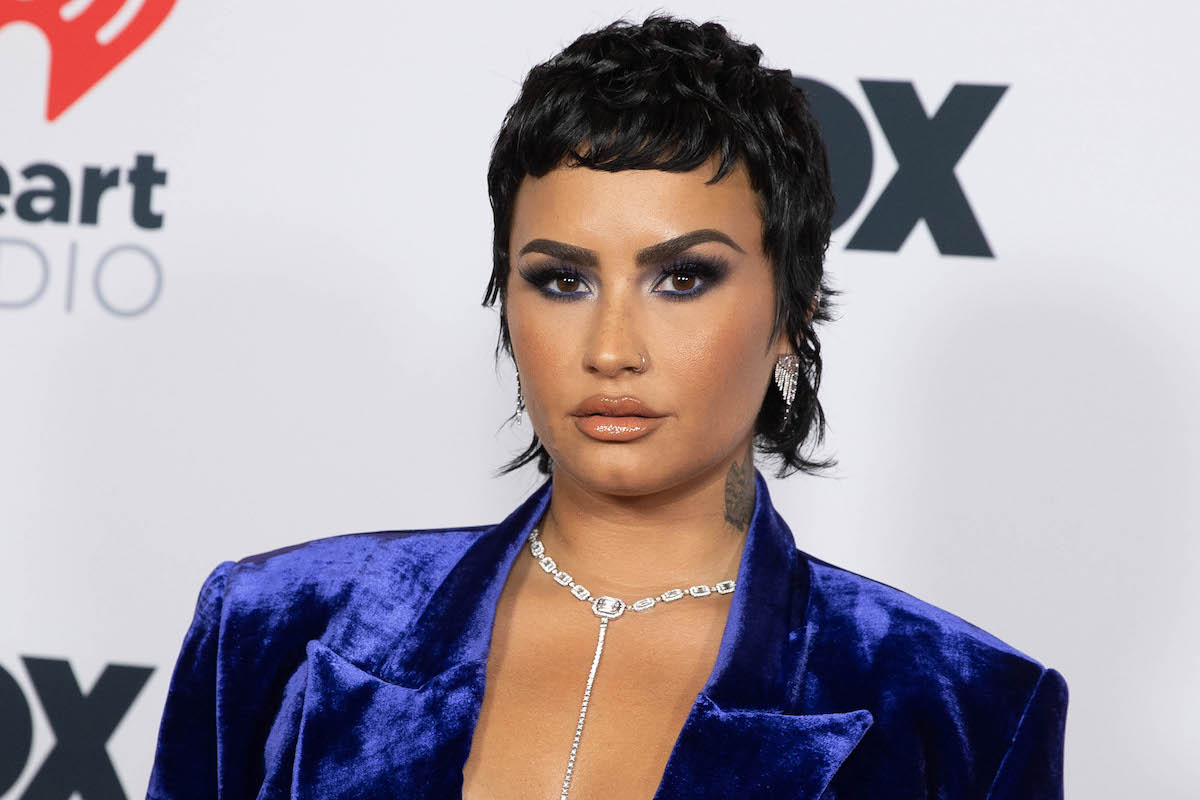 In an August 2020 podcast interview, Lovato opened up about their whirlwind relationship with Max Ehrich, and how it eventually led to their discovery that they are

Demi Lovato first rose to fame as an actor and singer, releasing hit songs like “Sorry Not Sorry” and “Skyscraper.”

However, in recent years, Lovato has earned renown for their work as an advocate. Lovato regularly talks about their journey to self-acceptance, as well as their ongoing struggle with mental health and body positivity.

In an August 2020 podcast interview, Lovato opened up about their whirlwind relationship with Max Ehrich, and how it eventually led to their discovery that they are non-binary.

I spoke to #RicardoGonzalez this week on #4DwithDemiLovato about ETs, illusions, and why it’s so important to live fully.

Demi Lovato and Max Ehrich were first linked in March 2020, when the two started engaging in flirtatious exchanges on Instagram.

According to Glamour, by May 2020, Ehrich and Lovato made their debut as a couple in May of that year, when they appeared in Justin Bieber and Ariana Grande’s music video for the song “Stuck With U.”

In July 2020, Ehrich and Lovato announced their engagement.

While some fans were concerned about quickly the romance seemed to be moving, Lovato shared gushing statements on their Instagram, writing:

“I’ve never felt so unconditionally loved by someone in my life (other than my parents) flaws and all. You never pressure me to be anything other than myself.”

However, just two short months later, Lovato and Ehrich had reportedly called it quits, with both parties taking to social media to express sadness and frustration.

In the months since, Lovato has been open about the romance, talking about their own journey to realizing that they are non-binary.

What did Demi Lovato say about their coming-out journey?

There are not many new ideas… there are only deeper ideas.

I spent some time with @JayShettyIW this week on #4DWithDemi. We spoke about having diverse networks, adopting a service mindset, and how to learn things more deeply.https://t.co/deSod8AV8M pic.twitter.com/XchOkCzlxi

Demi Lovato has since opened up about their short-lived romance with Max Ehrich, admitting in an August 2021 interview with The 19th (available to watch on YouTube) that the relationship …