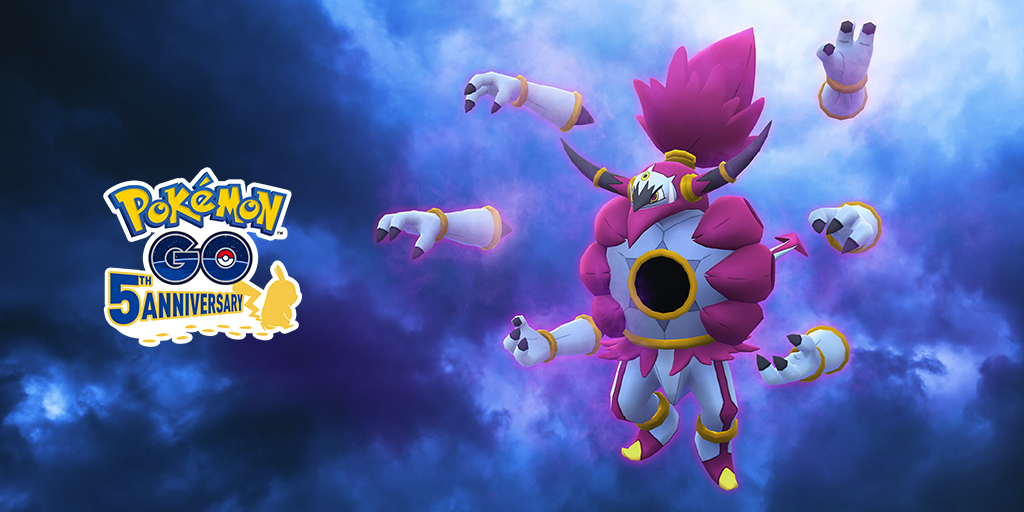 The Season of Mischief is ending with a flurry of activity as the months-long celebration caps off with the unveiling of Hoopa Unbound. It’s a more powerful form of Djinn Pokemon and is tied to the Hoopa introduced in September. The finale event runs from 10 a.m. Nov. 26 to 8 p.m. Nov. 29, which gives players an activity during Black Friday weekend.

Hoopa Unbound is a potentially strong Pokemon with a high attack stat but middling defensive and stamina numbers. That makes it a good Pokemon for a punch of offense, but don’t expect it to last too long in raids or even Go Battle League matches. It would be best to use this as a finisher with an opponent’s shields down in PvP. The best part of Hoopa Unbound is that its typing is dark and psychic, making it a unique matchup. Its access to the Fast Move Confusion and the Charge Moves Shadow Ball and Dark Pulse give it an edge against Psychic-type Pokemon.

The big problem facing players is getting Hoopa candy to power it up. Unless players constantly walk the Pokemon or use Rare Candy on it, it will be tough leveling up the Pokemon to make it effective in raids.

Players have the chance to make progress on the Special Research story until 9:59 a.m. Dec. 1. That’s when the Season of Mischief ends. If they can’t complete the earlier quest line, they can pick up a Mischief Unbound Special Research quest in the shop for $4.99 until Dec. 1. If trainers have a Hoopa and want to purchase the ticket anyway, they can complete the special research twice and earn double rewards and more Hoopa Candy.

The finale is notable because of the raid hours and bonuses. Hoopa is giving players more chances to catch legendaries and their shiny versions that they may have missed this year. Here is the lineup for the 6 p.m to 7 p.m. hours:Nov. 26: Articuno, Zapdos and Moltres (All can be shiny.)Nov. 27: Heatran (Shiny available)Nov. 28: Regirock, Regice and Registeel (All can be shiny.)Nov. 29: Cobalion, …