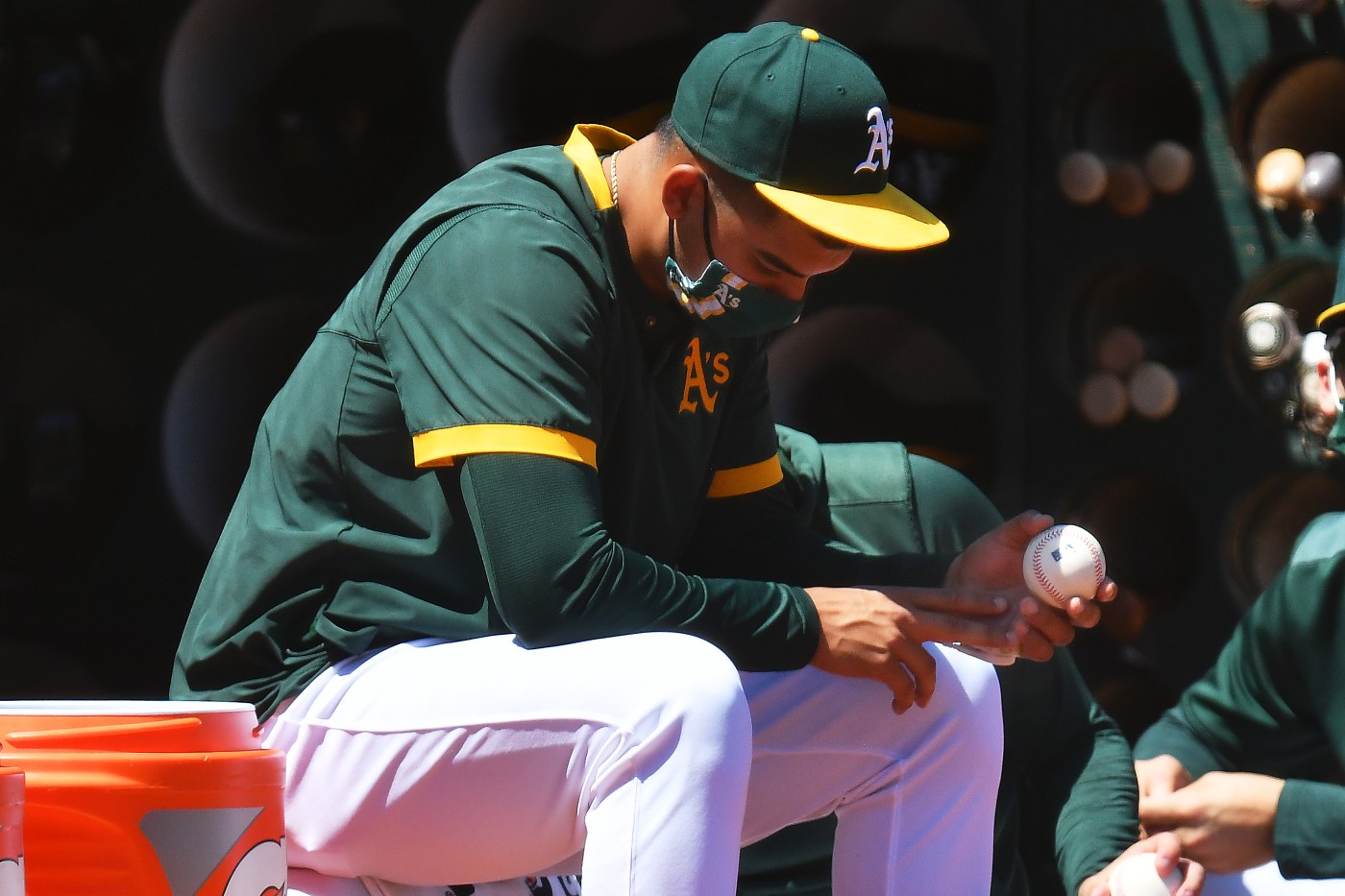 Jesús Luzardo was the victim of a freak incident that caused a hairline fracture on his left pinky finger. Luzardo was playing video games at his home — to get his mind off baseball for a bit — when he thrust his hands forward a little too quickly and hit the table in front of him.

“It was a dumb mistake and kind of a freak accident,” Luzardo said.

His finger started to swell up about two minutes after contact, so Luzardo stopped playing. He knew something was up. Four hours later at the ballpark, after he and A’s trainers decided he was cleared to pitch, and Luzardo made his scheduled start against the Baltimore Orioles.

In retrospect, does Luzardo regret pitching with a sore throwing hand? The 23-year-old said his competitive fire might’ve trumped some pragmatism.

“The competitor in me (wanted to pitch) and I didn’t want to put anyone in jeopardy,” Luzardo said in a Zoom call with reporters. “I know Frankie (Montas) went into the bullpen just in case. I didn’t want to put anyone in a spot to fill in for me. The smart thing would have been to do that, but I’m not someone to put someone in a bad spot and I really felt like I could go out and pitch.”

Luzardo ended up struggling through three innings that Saturday, allowing three earned runs (six unearned) in the A’s loss. Though the X-ray after the game revealed the hairline fracture, Luzardo does not think pitching exacerbated the injury. Luzardo said he might’ve felt some pain while pitching, but the adrenaline masked it.

Which One Direction Member Has the Most Successful Solo Career?

Pitching through a little bit of swelling is common for professional athletes, said Dr. Nirav Pandya, associate professor of Orthopedic Surgery at UCSF and director of sports medicine at Benioff Children’s Hospitals.

“You base it a lot off what the player is saying,” Dr. Pandya said. “If you bang your hand on the table, as a trainer you’re thinking there’s no way you broke your finger.”

He added that the timing of Luzardo’s injury might have been a blessing in disguise. Because Luzardo pitched on the same day …