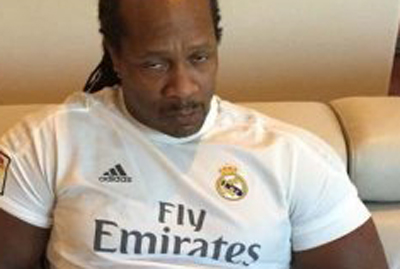 SAN FRANCISCO — A California appeals court upheld all but four convictions against the San Ramon man who was the lead defendant in Contra Costa County’s biggest human trafficking case and convicted of forcing women into a nationwide prostitution ring.

James Vernon Joseph Jr., also known as “Spyder,” was convicted in 2018 of not just conspiracy to commit human trafficking but numerous counts of raping women he forced into prostitution. In a 21-page ruling, the First District Appellate Court rejected Joseph’s arguments that the acts behind the conspiracy charge predated the state’s human trafficking statute.

The appellate justices also rejected a “somewhat opaque” brief that argued the trial judge should have granted a defense change of venue motion, writing in the decision that, “Joseph devotes dozens of pages in his opening brief to the venue argument but does not identify the counts he claims should have been dismissed until the final sentence.”

The only headway Joseph got was four overturned rape convictions, on the basis that those rapes of a woman known in court as Jane Doe 5 happened in North Carolina, so they shouldn’t have been prosecuted in California. Even without those four, Joseph’s prison sentence stands at more than a century.

Joseph, 56, was convicted of conspiring with another East Bay resident, whom prosecutors called his “top prostitute,” to traffic several women around the United States. He took the stand in his own defense during his 2018 trial, recounting his life as a stripper-turned-pimp but insisted that his prostitution ring was done with the consent of the women involved. At his sentencing he called his numerous accusers “liars” and said they were condemning him to a horrific prison sentence because he’d be incarcerated with the stigma of being a convicted rapist.

Joseph’s criminal history includes more than one instance where he was caught trafficking women and avoided serious jail time.

In 2009, he was arrested and charged with possessing a fake ID in Missouri, although court records say a woman in his company told police Joseph had taken her to Missouri from Ohio and told her to engage in prostitution. He ultimately got a year in prison.

During that federal case, authorities did a background check on Joseph and discovered he had an active warrant in New York for assaulting a woman named Natasha there in 2001. New York authorities declined to have Joseph extradited on …