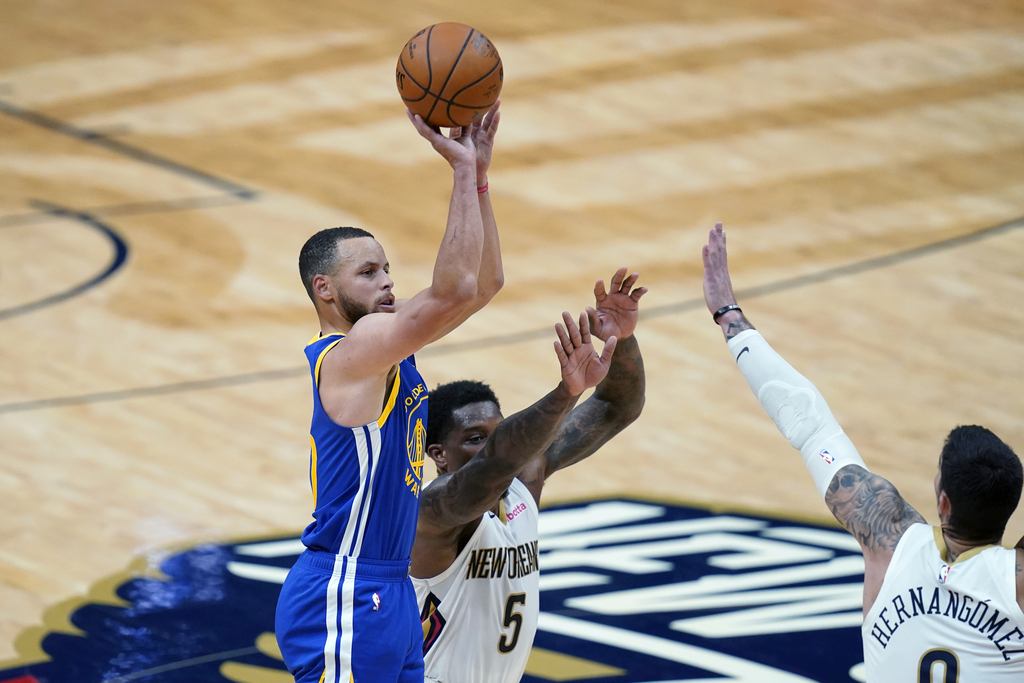 As if participating in the play-in tournament wasn’t unnerving enough for NBA teams, imagine having to face Stephen Curry in a potential elimination game?

Draymond Green has the perfect description for that scenario: Terrifying.

After watching Curry continue his torrid play with his ninth 40-plus point game of the season in the Warriors’ 123-104 win over the Pelicans Monday, Green marveled at his teammate’s ever-growing impact.

Curry’s 41 points marked the sixth time in the past 15 games he’s topped 40 points. The two-time MVP’s hot streak makes Green even more thankful to be his teammate.

“I wouldn’t want to see a team with Steph Curry on it,” Green said. “We all know what he’s capable of. The guy can take over a game and make it hard for any team in the NBA on any given night.”

“If you get into a street fight and you’ve got Mike Tyson standing on the side of you, how you gonna feel?” Warriors forward Juan Toscano-Anderson said of Curry. “That’s the best analogy I can give you. He’s just — he’s different, man.

‘All My Children’: Dorothy Lyman and Her Character’s Successor Shared an Unexpected Connection

“So, I know if I get into a pickle, I’m looking for him; he’s going to make something happen more often than not. The defense, he’s just a magnet; the defense is just gravitating towards him, so it’s opening up a lot of things.”

Curry leads the NBA in scoring — his 31.4 points per game gives him a 1/2-point lead over Bradley Beal of Washington’s 30.9 average — while shooting nearly 43 percent on 3-pointers. His first 3-pointer against the Pelicans Tuesday night will be his NBA-leading 300th of the season.

He admits he’s riding a hot streak unlike any during his previous 11 seasons with the Warriors.

“I haven’t done anything like this stretch in my career,” Curry said. “But the work that goes into it, there’s no surprise there, so it’s just a matter of staying in the moment, enjoying what I get to do. …