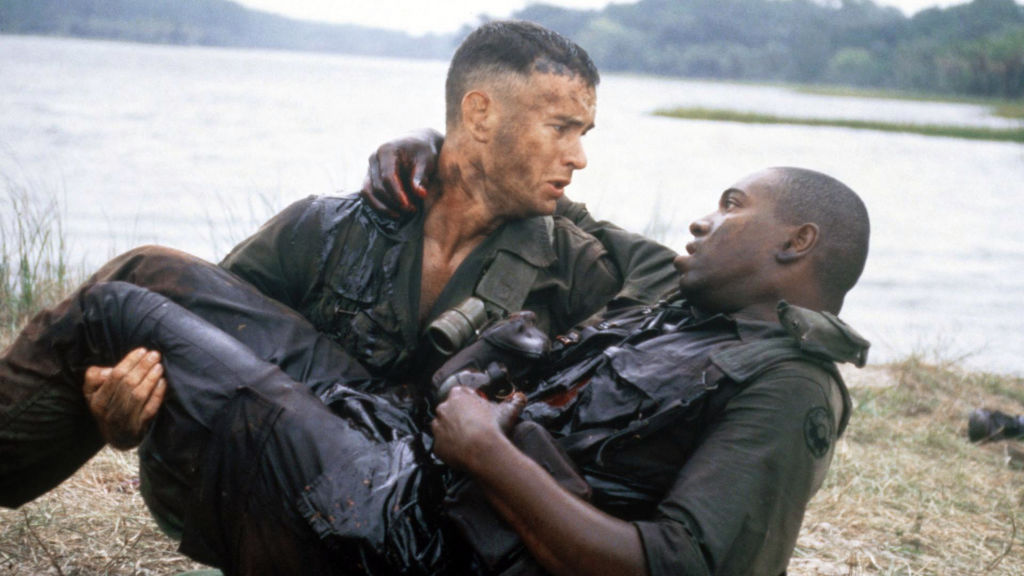 It’s okay if you don’t. Forrest Gump came out in 1994. That was a long time ago. Showbiz Cheat Sheet is here to help.

Who else is in the cast of ‘Forrest Gump’?

Hanks plays Forrest Gump, a man with a 75 IQ.

Forrest Gump is a movie you hear a lot about. Tom Hanks’ second Oscar, Bubba Gump Shrimp franchises in real life, “Run, Forrest, run” and other catchphrases. But do you know what Forrest Gump was really about?

It’s okay if you don’t. Forrest Gump came out in 1994. That was a long time ago. Showbiz Cheat Sheet is here to help.

Who else is in the cast of ‘Forrest Gump’?

Hanks plays Forrest Gump, a man with a 75 IQ. As a child (Michael Humphreys) he walks with braces and only Jenny (Hanna Hall) is his friend. As a grown-up, Jenny (Robin Wright) remains the love of Forrest’s life, but she only comes in and out of it.

RELATED: What Does the Movie ‘Forrest Gump’ Teach?

Forrest Gump introduces many other people in Forrest’s life, beginning with his Mamma (Sally Field). When he goes off into the world he makes more friends. Bubba (Mykelti Williamson) is his best friend in the army. Lt. Dan (Gary Sinise) stays in Forrest’s life even after they return home from Vietnam. And, Forrest meets many famous people along the way.

‘Shadow and Bone’: 6 Shows to Watch if You Love the Netflix Fantasy Series

What does ‘Forrest Gump’ do?

Well, at first, Forrest just runs. As a child, he breaks free of his braces and outruns the bullies on their bikes, one of the first magical moments in Forrest Gump. As a teenager, he outruns football stars so gets a college scholarship. From college, he’s recruited by the army. After surviving a gunshot wound, Forrest becomes a ping pong champion. Then he buys a shrimp boat and gets rich investing in Apple. Forrest Gump covers a long time.

RELATED: Tom Hanks Had a Talking Monkey, and Other Things Cut From ‘Forrest Gump’

Forrest also meets historical celebrities along the way. As a boy, he meets Elvis Presley and inspires his dance moves. In college, Forrest is there when Gov. Wallace is shot. Forrest meets Presidents Kennedy, Johnson and Nixon, and is responsible for the latter’s downfall. Many of those celebrities appear via archival footage, manipulated with computer effects to include Forrest. Richard D’Alessandro plays Abbie Hoffman in a war protest scene.

So what’s his conflict?

In some ways, Forrest just goes through life, the benefactor of random events. His talent led to opportunities like college, his character made him a war hero rescuing his …