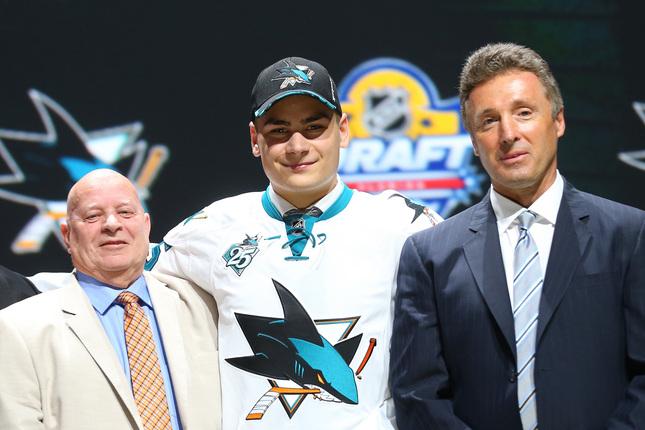 SAN JOSE – How the Sharks finish the regular season will determine how great their chances are of drafting first or second overall this season.

A few more losses out of their last four games and the Sharks could have almost a 20 percent chance of moving up in next month’s draft lottery and selecting in the top two. A few more wins and that percentage will likely dip below 10 percent.

The Sharks were still licking their wounds from being officially eliminated from playoff contention Monday night with their 5-4 overtime loss to Colorado Avalanche, and they’ll have the next few months to think about how they can improve for next season.

But now that the Sharks are here, a high first-round draft pick could hasten their self-described ‘reset’ as they try to put themselves in a better spot to compete for the playoffs in 2022.

“It’s a little disappointing not to be in the playoffs,” Sharks coach Bob Boughner said Monday night. “But we know what the big picture looks like and where we’re going.”

Sharks general manager Doug Wilson has already said he will not trade his first-round pick this year for immediate help. As it stands, there’s a strong chance his team will come out of the draft lottery with a top-10 pick.

The Sharks entered Tuesday with 46 points and a .442 points percentage, both of which rank 24th out of 31 teams. They play the Avalanche at SAP Center again Wednesday, host the Arizona Coyotes on Friday and Saturday, and the Vegas Golden Knights on May 12 to end the season.

All three teams are still playing for something.

Colorado is still trying to chase down Vegas for first place in the West Division and hold off the Minnesota Wild for second place. Arizona still has a razor-thin chance of catching the St. Louis Blues for the fourth and final playoff spot in the division, although those hopes could be over by the time the Coyotes play the Sharks on Friday.

Still, things are so tight in the overall standings that a losing record by the Sharks (20-26-6, 46 points) over their last four games could drop them two, three, or four spots.

The Ottawa Senators and Detroit Red Wings both have 45 points, and the Columbus Blue Jackets have 44. Ottawa, which is 7-2-1 in its last 10 games, has four games left. Detroit has two games remaining and Columbus has three.