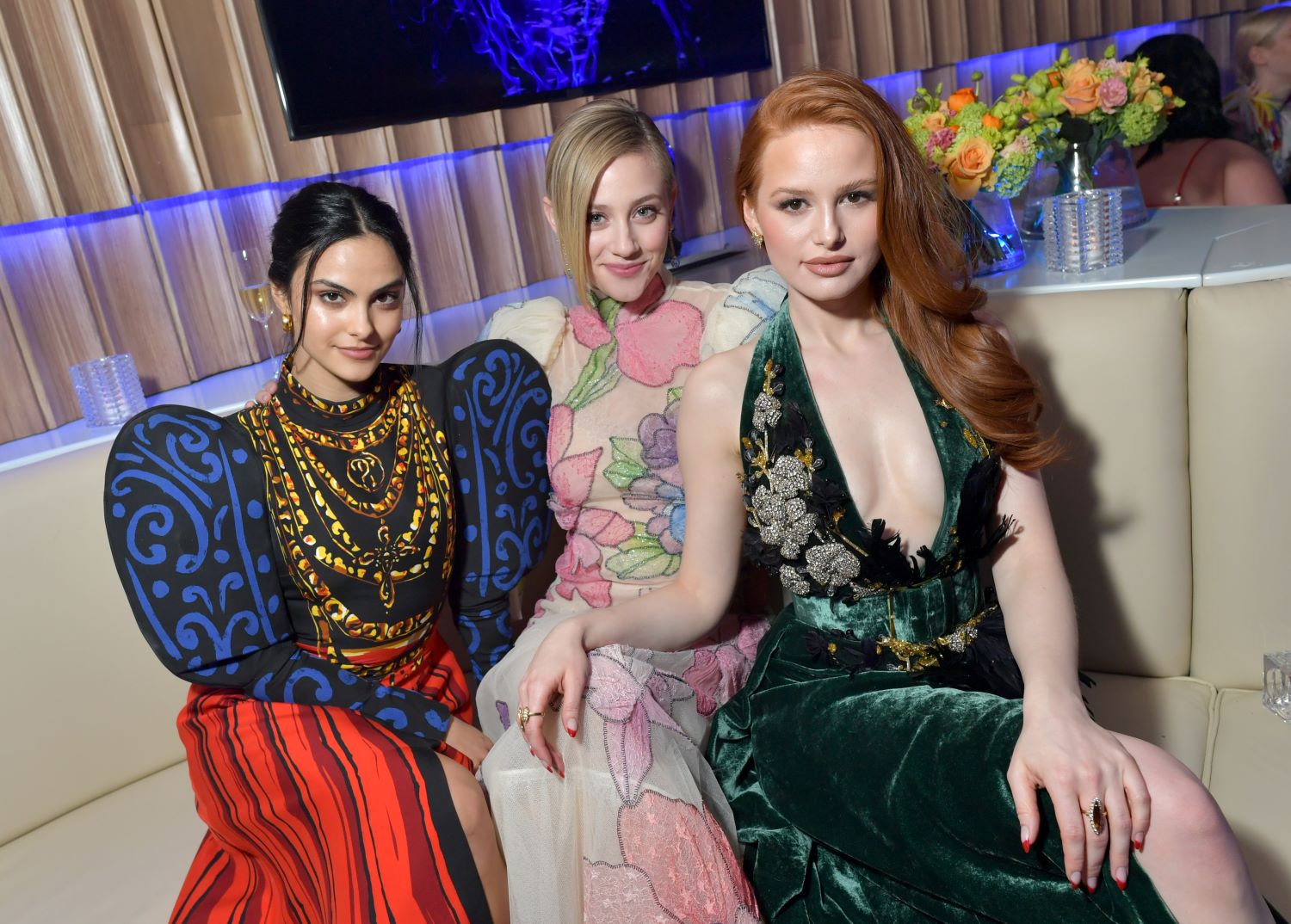 Mendes, Reinhart, and Petsch had their relationships fall apart in the public eye last year. Reinhart broke up with her Riverdale co-star Cole Sprouse after

Riverdale stars Camila Mendes, Lili Reinhart, and Madelaine Petsch play good friends on The CW series. But they are even closer in real life.

All three have gone through tough breakups in the past year. And Mendes recently revealed that their shared experiences brought them closer together.

Mendes, Reinhart, and Petsch had their relationships fall apart in the public eye last year. Reinhart broke up with her Riverdale co-star Cole Sprouse after nearly two years of dating.

betty is all of us in quarantine #riverdale pic.twitter.com/qCOZ3KYTpH

And amid these public breakups, all three actors had to navigate their lives and jobs through the pandemic. They returned to Vancouver to begin shooting Season 5 of Riverdale in the fall of 2020. But none were allowed to leave due to the country’s travel restrictions.

Mendes, Reinhart, and Petsch were stuck in the same town, working on the same project and dealing with some of the same issues. And when talking to Paper, Mendes says that shared heartbreak and struggle brought the actors closer than they’ve ever been.

“We all got out of relationships at the same time and then went through this pandemic together,” the Riverdale star revealed. “And now we’ve been bonded by how much change has happened. Me, Madelaine, and Lili, specifically, we’ve never been closer than we have this season. It’s really nice to have them, to feel like I do have friendships here — meaningful ones.”

Camila Mendes says the cast leans on each other for support

The Riverdale cast is currently filming the rest of season 5 in Vancouver. And to take a break from work, Mendes, Reinhart, Petsch, Sprouse, Melton, KJ Apa, and Drew Ray Tanner went on a group hike …