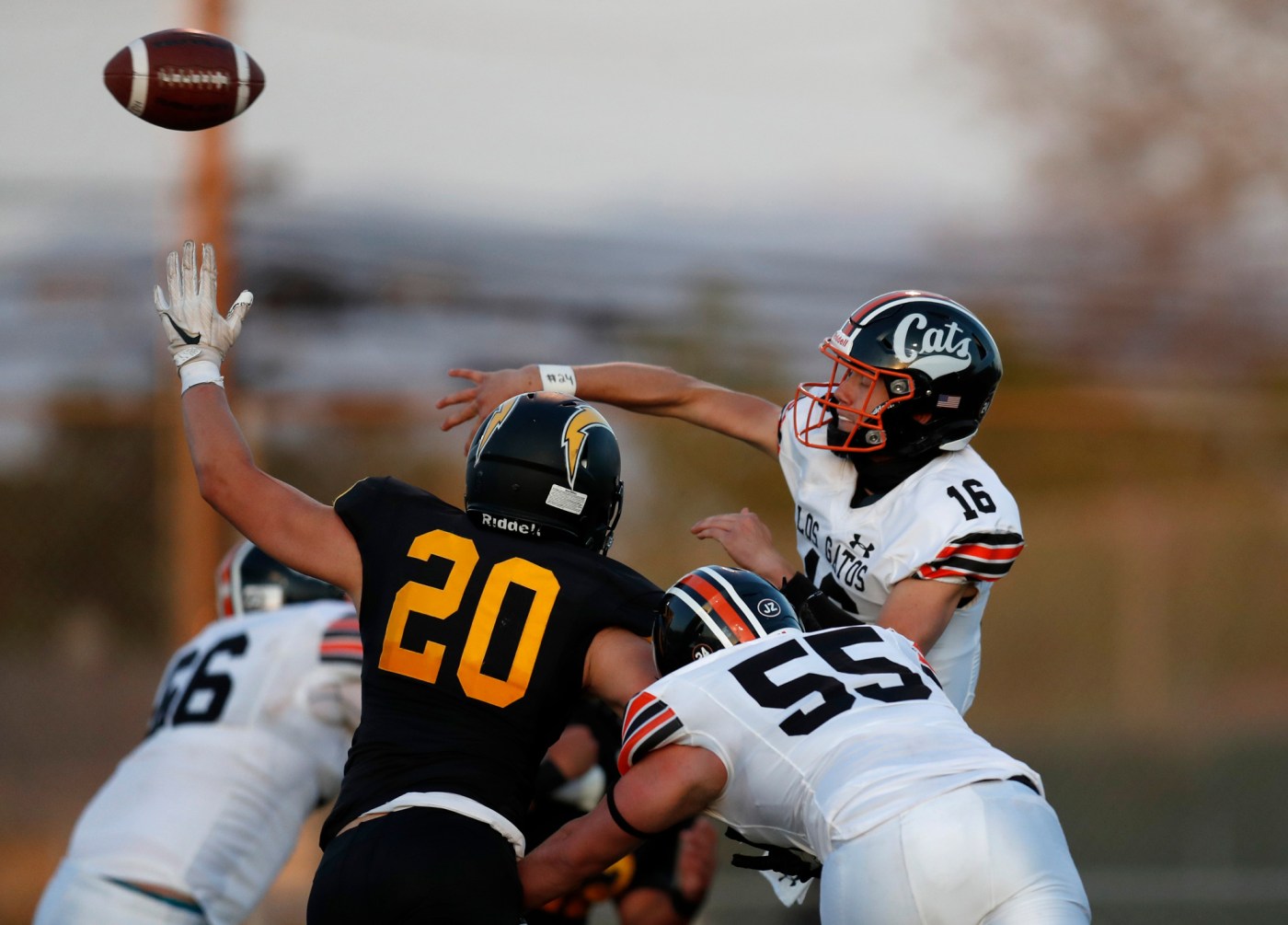 SANTA CLARA — The one game Adam Garwood didn’t lift Los Gatos on his shoulders, the senior running back still pushed the Wildcats’ winning touchdown across the goal line.

Los Gatos trailed Wilcox by as much as 19-0 and did not lead until the final 2 minutes, when, with an assist from Garwood, senior receiver Kyle Pinkham ran, then rammed, into the end zone after hauling in a pass from senior quarterback Alex Grado. The Wildcats scored the final 20 points of their 20-19 victory, which delivered them their first win over Wilcox in four seasons and at least a share of the De Anza league title.

“When we knew we were going to play five games, the guys said let’s go 5-0, why not?” coach Mark Krail said. “Our defense played great, threw a shut out in the second half. Our running game struggled, and that’s what we’ve hung out hats on for the first three games, so we had to throw it, and even when we threw it, it turned out disastrous at times. But to these kids’ credit, we kept getting stops and getting the ball back and kept making plays.”

Wilcox opened a 19-0 advantage in the first half with a trio of interceptions, including a pick-six, while also shutting down Garwood and Los Gatos’ prolific rushing attack. Garwood, who entered the game with a CCS-best 467 rushing yards and 10 touchdowns, was limited to only 20 yards and ran the ball only three times after halftime.

Instead, it was Grabo who led a pair of two-minute drills at the end of each half that accounted for two of the Wildcats’ three touchdowns.

We have liftoff: ‘The NASA Experience’ set to open in Oakland

With less than 4 minutes to play, the Los Gatos defense forced Wilcox to punt the ball leading 20-14. Grabo instantly completed three passes to take Los Gatos across midfield, then connected for 16 yards to senior Carson Gardner to bring them within two yards of the red zone. On the next play, Grabo found Pinkham in the flat, and the senior receiver raced to the end zone with Garwood trailing close behind.