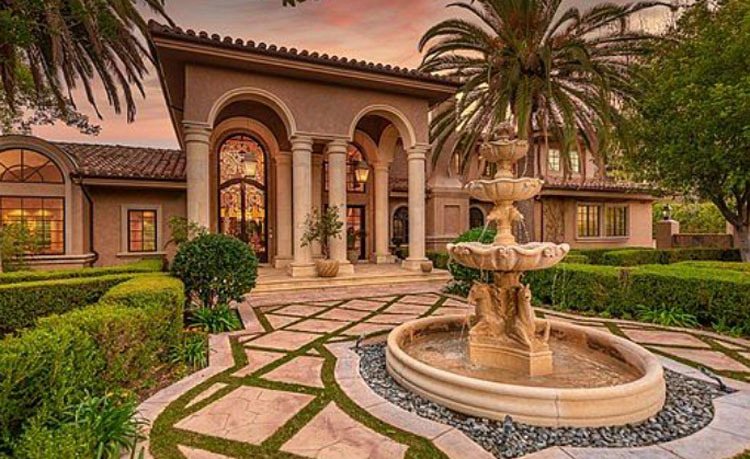 A well-dressed teenager driving an expensive car was allowed to wander unaccompanied in a Southern California mansion for sale — and he allegedly took $40,000 of jewelry during his self-guided tour, police say.

The theft from the Thousand Oaks home was reported two days after the March 13 open house, said the police report. Last week, a 16-year-old from Camarillo was arrested.

The agent said the suspect seemed young and “out of place,” but he claimed to be 23 years old and had a financial document that was required for an appointment to tour the house, which is on the market for $7.5 million.

On March 15, the homeowner reported that a Chanel J12 watch and a pair of 2-inch diamond hoop earrings were missing. The jewelry was worth $40,000, the police said.

On April 1, detectives from the Thousand Oaks police searched the home where the boy lived with his mother. “Several pieces of high-dollar jewelry were recovered in addition to two lists the suspect maintained of numerous million-dollar homes and yachts he had visited,” the police report said.

The boy is believed to have been going to open houses since October 2020, at homes in Camarillo, Thousand Oaks, Oxnard and Malibu and yachts in Marina Del Rey, Newport Beach, San Diego and Morro Bay.

He was arrested on suspicion of residential burglary.

“The mom was surprised, to say the least,” police Detective Rico Rinaldi told the community newspaper the Camarillo Acorn.

Autogramm plays by No Rules

The home from which the …