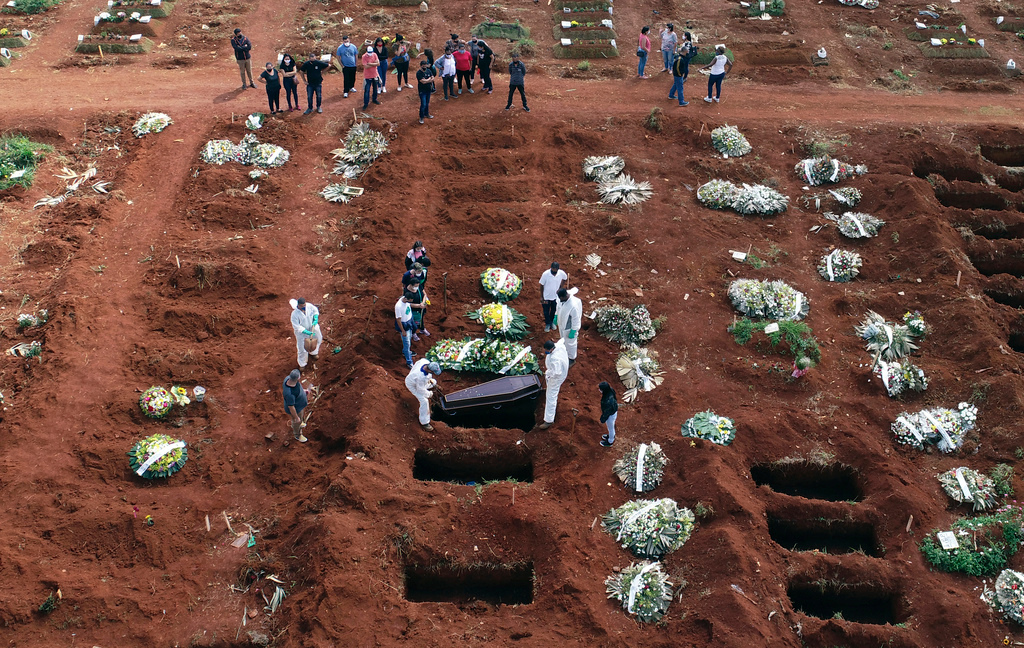 Ambulances filled with breathless patients lined up in Brazil as nations around the world set new records Thursday for COVID-19 deaths and new coronavirus infections. The disease surged even in some countries that have kept the virus in check.

In the United States, Detroit leaders began making a plan to knock on every door to persuade people to get vaccine shots.

Brazil this week became just the third country, after the U.S. and Peru, to report a 24-hour tally of COVID-19 deaths that exceeded 4,000. India hit a peak of almost 127,000 new cases in 24 hours, and Iran set a new coronavirus infection record for the third straight day, reporting nearly 22,600 new cases.

In the state of Rio de Janeiro, emergency services are under their biggest strain since the pandemic began, with ambulances carrying patients of all ages to overcrowded hospitals struggling to care for everyone. Authorities say over 90% of the state’s intensive-care unit beds are taken by COVID-19 patients, and many cities are reporting people dying at home due to lack of available medical treatment.

Brazil’s death toll has risen past 340,000, the second-highest total in the world behind the U.S., where nearly 560,000 people have been confirmed killed.

Rio state’s 14-day moving average of COVID-19 daily deaths climbed from 112 to 207 between March 1 and April 7, with some health analysts expecting even worse days in the next couple of weeks. Many hospitals warn about the risk of shortages of oxygen and sedatives for intubation.

Indian Prime Minister Narendra Modi urged people to get vaccinated, writing in a tweet: “Vaccination is among the few ways we have to defeat the virus. If you are eligible for the vaccine, get your shot soon.”

The U.S. has now fully vaccinated nearly 20% of its adult population, and New Mexico became the first state to get shots in the arms of 25% of its residents — milestones that are still far off for many hard-hit countries.

In India, home to 1.4 billion people, only 11 million are fully vaccinated. In Brazil, less than 3% of the country’s 210 million people have received both doses, according to Our World in Data, an online research site.