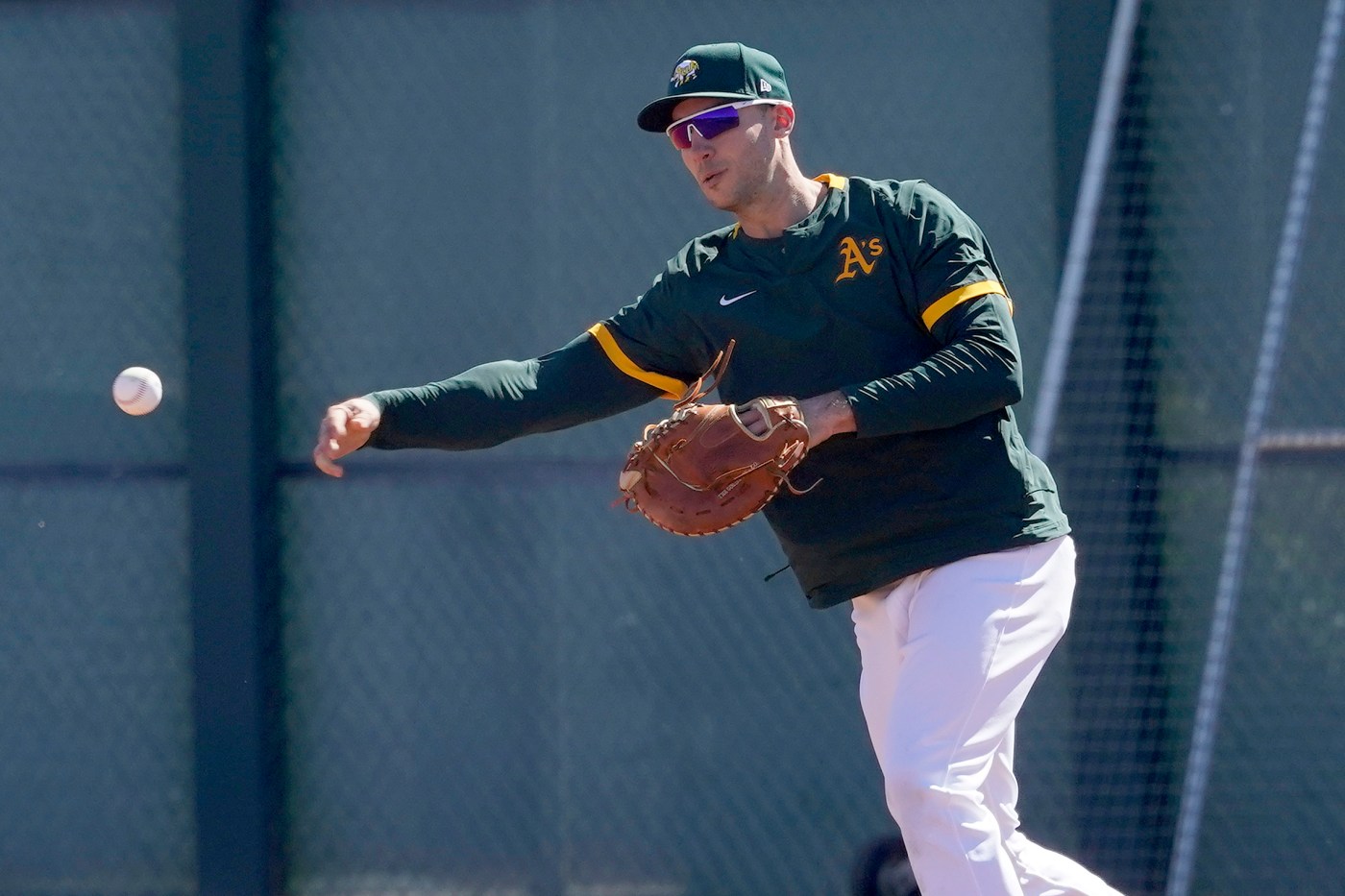 Looking back now, Matt Olson didn’t like his 2020 season. He’s looked at himself on film at the plate and did not like the swing that was looking back.

“To put it bluntly, I stunk last year in my opinion,” Olson said in a call with reporters on Tuesday. “I don’t think that represents the caliber of player I am. I’m excited to get out there and prove that’s not the player I am.”

Olson worked with hitting coach Darren Bush to identify and work through some of the mistakes he was making in 2020. He noticed he was putting himself in a bad position at the plate and that his bat was too horizontal. He had himself swinging around his body, rolling over stuff and unable to stay through the ball.

His timing had to be near perfect to hit one right. At least when the timing was perfect, he showed flashes of what makes him great. Next to the dismal .195 average and 31 percent strikeout rate, Olson continued to hit the ball hard. When he struggled — which was often — he found ways to draw walks and get on base. He hit 14 home runs in 60 games, at one point his seven-hit streak were all home runs.

Olson is a slow-starter. So in a season that ended before it began, Olson was one of many star players who could not get going at the plate. Manager Bob Melvin pointed to Milwaukee’s Christian Yelich as another strong hitter who fell into strikeout and average woes at the plate.

“It’s tough to evaluate last year,” Melvin said. “Matt is a type of guy that gets off to some slow starts. And if you got off to a slow start last year, you’re basically at the halfway point after a month.

I think he’s going to have a normal year this year, like he typically does in 162 games.”

A’s: Why Trevor Rosenthal took the type of deal Marcus Semien turned down