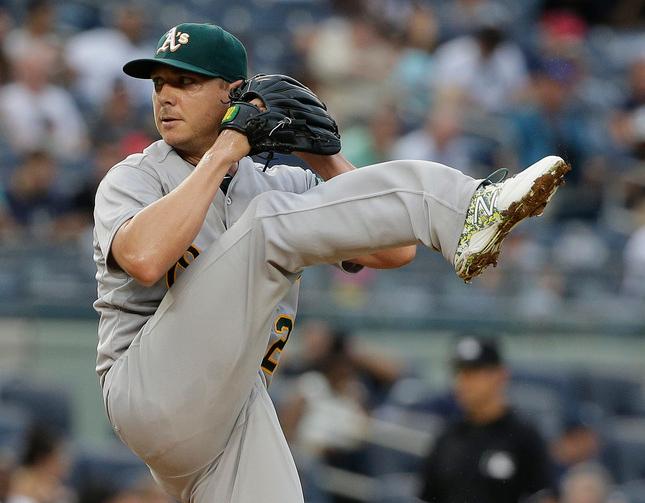 Scott Kazmir, a three-time All-Star who hasn’t thrown a major league pitch since 2016, is attempting to make an unlikely comeback.

According to a report from ESPN, that attempt will come with the Giants.

Kazmir, 37, and the team have reportedly agreed to terms on a minor league deal that includes an invitation to major league spring training, making him the latest pitcher to join a crowded staff. Giants president of baseball operations Farhan Zaidi and general manager Scott Harris have already added major league free agent Aaron Sanchez to the rotation and minor league free agents Shun Yamaguchi and Nick Tropeano to the mix since the start of spring training, so it’s no surprise they’re continuing to pursue depth options.

How SF Giants catcher Bart is approaching 2021 with Posey back, top pick Bailey in camp

With the SF Giants’ rotation makeover complete, the next steps are more complicated

The surprise is that the Giants’ pursuit of arms led them to Kazmir, who is a few months older than retired Giants pitcher Matt Cain.

Kazmir hasn’t pitched in the majors since making 26 starts for the Dodgers back in 2016, but he hasn’t been out of baseball for long. The lefty spent the 2020 season pitching in the Constellation Energy League, an independent league that operated in Texas that offered opportunities to players who were out of work due to the cancelation of the minor league season.

It’s not clear if the Giants will look at Kazmir as a starter or as a reliever, but if he throws another major league …