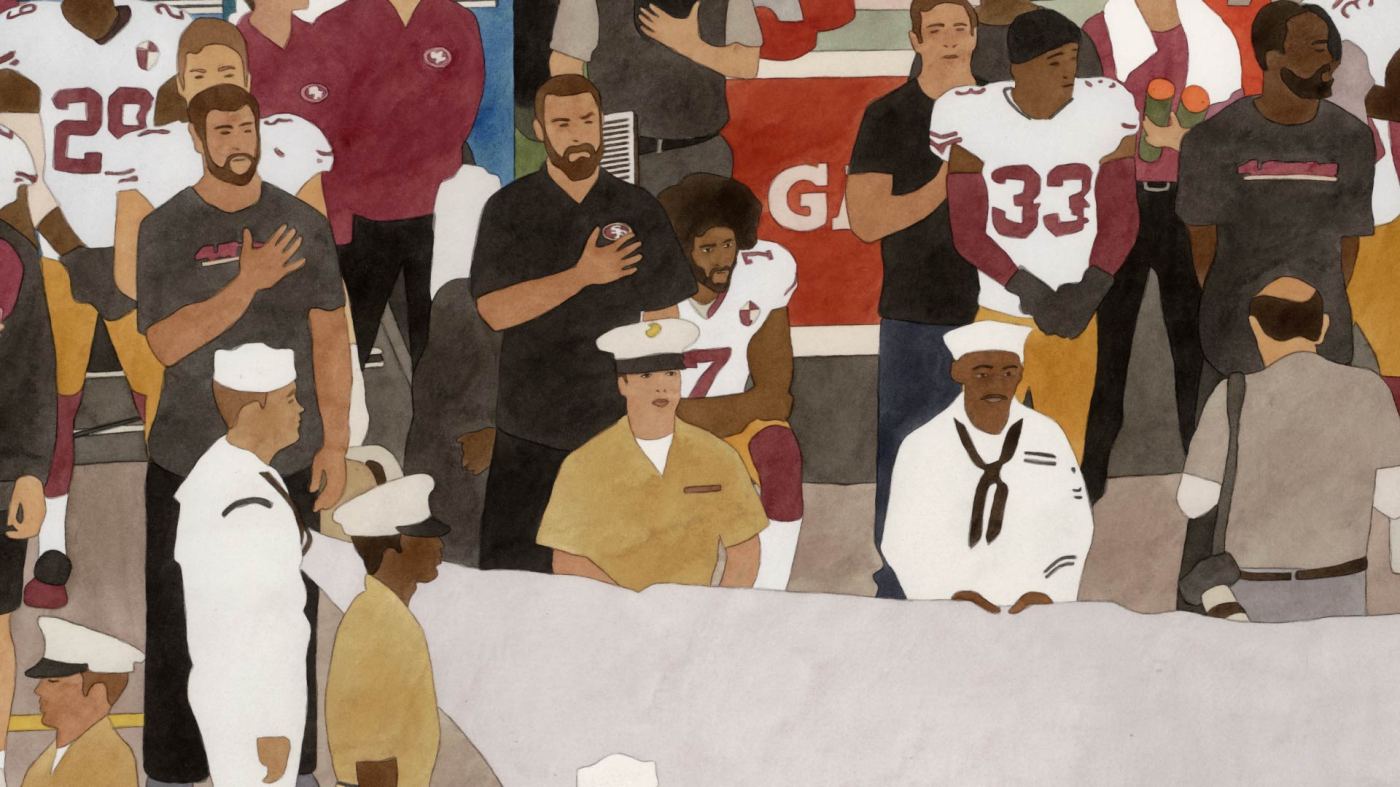 Oakland-based multimedia artist Kota Ezawa is at heart a sculptor. Much like the carver who sees an indigenous mythological god in a hunk of wood or the artist able to envision evocative Roman goddesses in cold, formidable blocks of marble, Ezawa removes a given source’s “extras” to reveal the essential imagery. Although his abstract work materials involve digital animation, slide projections, light boxes, archival photos, film clips, vector drawing software, paper cut-outs and watercolor paint, he is a consummate storyteller.

Antioch’s Lynn House near waterfront to reopen as art gallery

Ezawa says in an interview that his work is similar to holding up a mirror to ourselves, to past and present societies and events. Using iconic, well-known images extracted from general or art history, popular culture, cinema, television, archival documents and current news, Ezawa begins a deconstruction process.

Found film footage is used to create his distinctively sharp style of stop-start, blink-length-transition animations. Camera-recorded images are redrawn using a computer vector technique rather like cutting shapes with clunky scissors before painting the drawings with traditional, handheld brushes. During the processes the “repurposed” materials are simplified and flattened. The often potent content depicting protests movements, scenes of powerful forces suppressing individual freedoms or interpersonal tension translates into something equal to an annotated version of larger, dramatic stories.

Ezawa’s work has been exhibited by New York City’s Metropolitan Museum of Art, Whitney Museum of American Art, Museum of Modern Art, the J. Paul Getty Museum in Los Angeles, the Art Institute of Chicago and San Francisco’s Museum of Modern Art and Yerba Buena Center for the Arts, among others. Currently on virtual exhibit at San Francisco’s Haines Gallery, his Bay Area-relevant “National Anthem” video and other works are included in an online viewing room. His roughly 2-minute video created in 2018 for the Whitney Biennial 2019 was sparked by the sight of former NFL 49ers quarterback Colin Kaepernick kneeling in 2016 during the playing of “The Star-Spangled Banner.”

SF Giants HQ: The myth of the everyday player, the evolution of Mauricio Dubón and more

Ezawa grew up in Germany as the son of a Japanese immigrant to that country. Now living in the United States for …