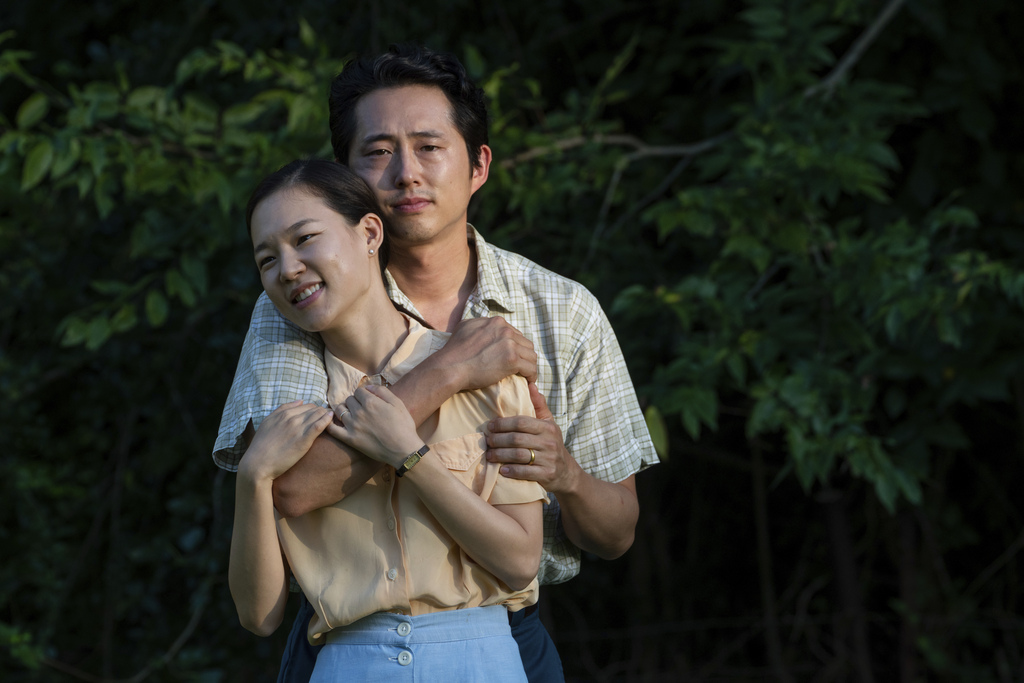 NEW YORK (AP) — The riverbed, more than anything else, needed to be exactly right.

In Lee Isaac Chung’s Arkansas-set family drama, “Minari,” land is something more than a setting. It’s a future. It’s a dream. Jacob Yi (Steven Yeun) has moved his family to a wide-open Arkansas plot to farm the land and, hopefully, release him and his wife from years of toil at poultry plants. He tills it not for the area’s typical crops but for vegetables common to Korean cooking that he believes will feed other Korean immigrants like himself. His mother-in-law (Youn Yuh-jung) also finds a gentle creek bed to grow minari, the leafy vegetable popular in Korea.

In Chung’s film, the watery basin throbs with significance — a physical symbol of putting roots down, of Korean American harmony, of resiliency. At first, everywhere Chung looked, the soil was wrong, the flow not right. A location scout mentioned a place he had played as a child. Chung, in the midst of making a deeply personal story about his own upbringing, liked that connection.

Chung planted the spot with minari plants his father had been growing in Kansas City. The director had been too frightened to tell his family he was making a film about them, so his borrowing of the minari was mysterious. It was trucked in crates to the Oklahoma shoot. The minari in “Minari” was sowed by Chung’s father — an almost impossibly poignant bit of set dressing in a film that blooms in the gap between generations.

“That wasn’t lost on me,” Chung chuckles, speaking from Los Angeles. “I think he kind of knew what I was getting at with the film but we were just not talking about it. He wanted to come to the set and see what we were doing but I kind of said no. We had some friction during production, to be honest, and it didn’t go away until I showed him the film and then it kind of alleviated all the tension we had.”

“Minari,” which A24 is currently streaming with a wider digital release beginning Thursday, wasn’t a large production. It was made for less than $10 million. It’s modestly registered to the pace of life and the intimate scale of family. But the film, a Plan B production (Brad Pitt is an executive producer), has steadily gathered force since its premiere at Sundance, where it won the top drama prize.