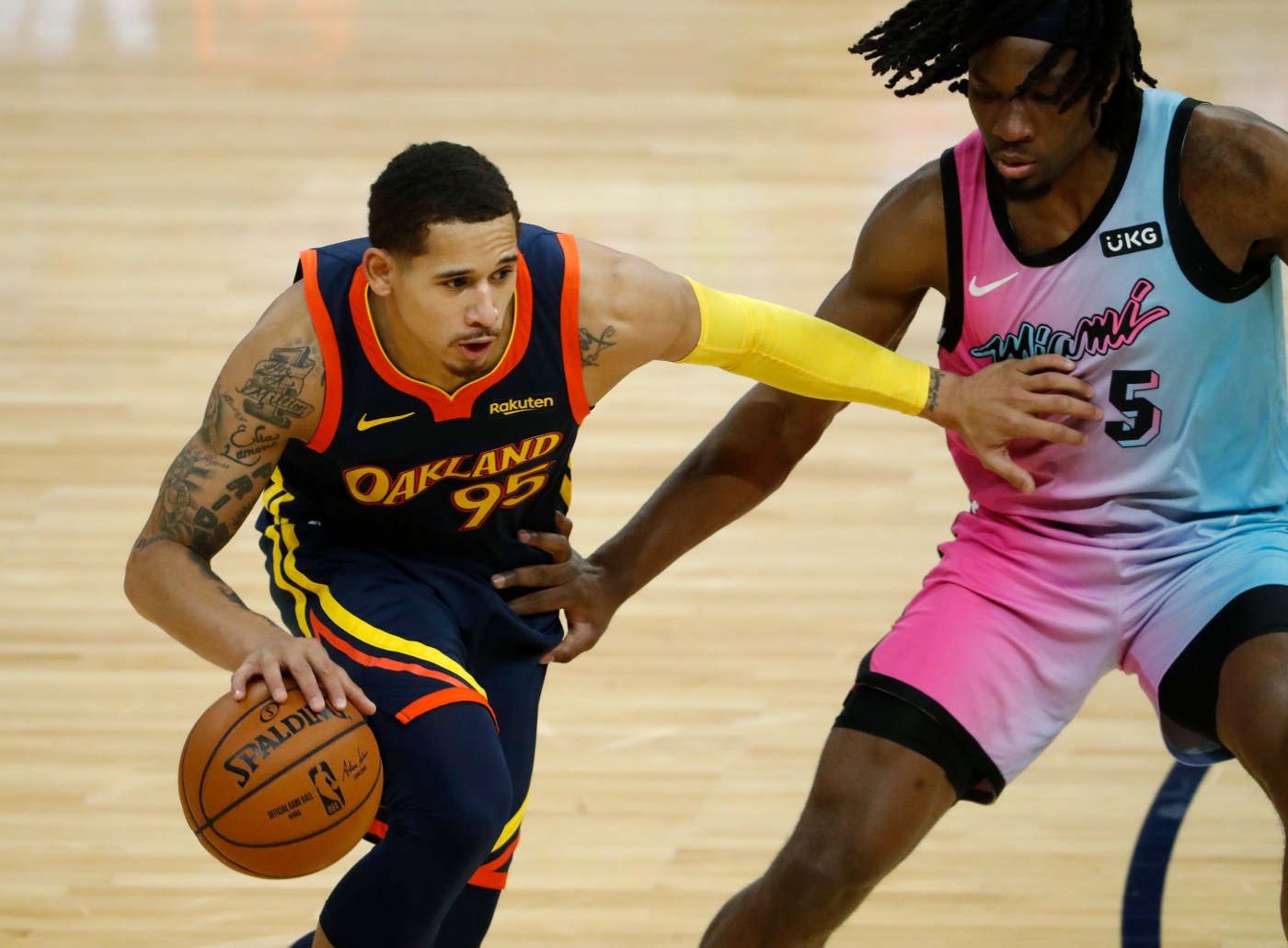 Part of sustained success in the NBA is finding new talent to replace old talent. For proof, just look to the Spurs, who for 19 years supported franchise cornerstone Tim Duncan with an ever-changing group of teammates that went to the playoffs every season and won five Finals. For every David Robinson, Tony Parker and Manu Ginobili who aged out of his prime, players such as Bruce Bowen, Patty Mills, Danny Green and Kawhi Leonard were waiting to step up.

Evidence is piling up that the Warriors may be facing a similar crossroads. Specifically, when it comes to Draymond Green and his potential replacement, Juan Toscano-Anderson.

Green’s numbers reflect a player on the downslope of his career. His shooting clips from 2-point range (43%) and 3-point rante (35.9%) haven’t been this bad since his rookie season, and his low conversion rate at the rim (57%) and block rate (0.7 blocks per game) indicate declining athleticism. He has grown increasingly averse to scoring, perhaps most glaringly revealed when he didn’t even bother to so much as look at the rim on Golden State’s final possession in a loss to the Magic last week.

That said, Green still has a net positive impact on the Warriors. His passing helps spring Steph Curry open more times than not, and his leadership on defense is irreplaceable.

Draymond Green apologizes for being ‘dead-ass wrong’ for ejection vs. Hornets

Some local GOP leaders fire up base with conspiracies

Warriors could go from zero healthy centers to two Tuesday night vs. Knicks

“I know the numbers may not show it and everybody wants to focus on shooting and scoring and so on, but the fact is, he’s had a hell of a year,” head coach Steve Kerr said Monday. “He’s really played well for us, helped us win a lot of games. He’s the main reason we have the fifth-ranked defense in the league.”

But if this is Green days …