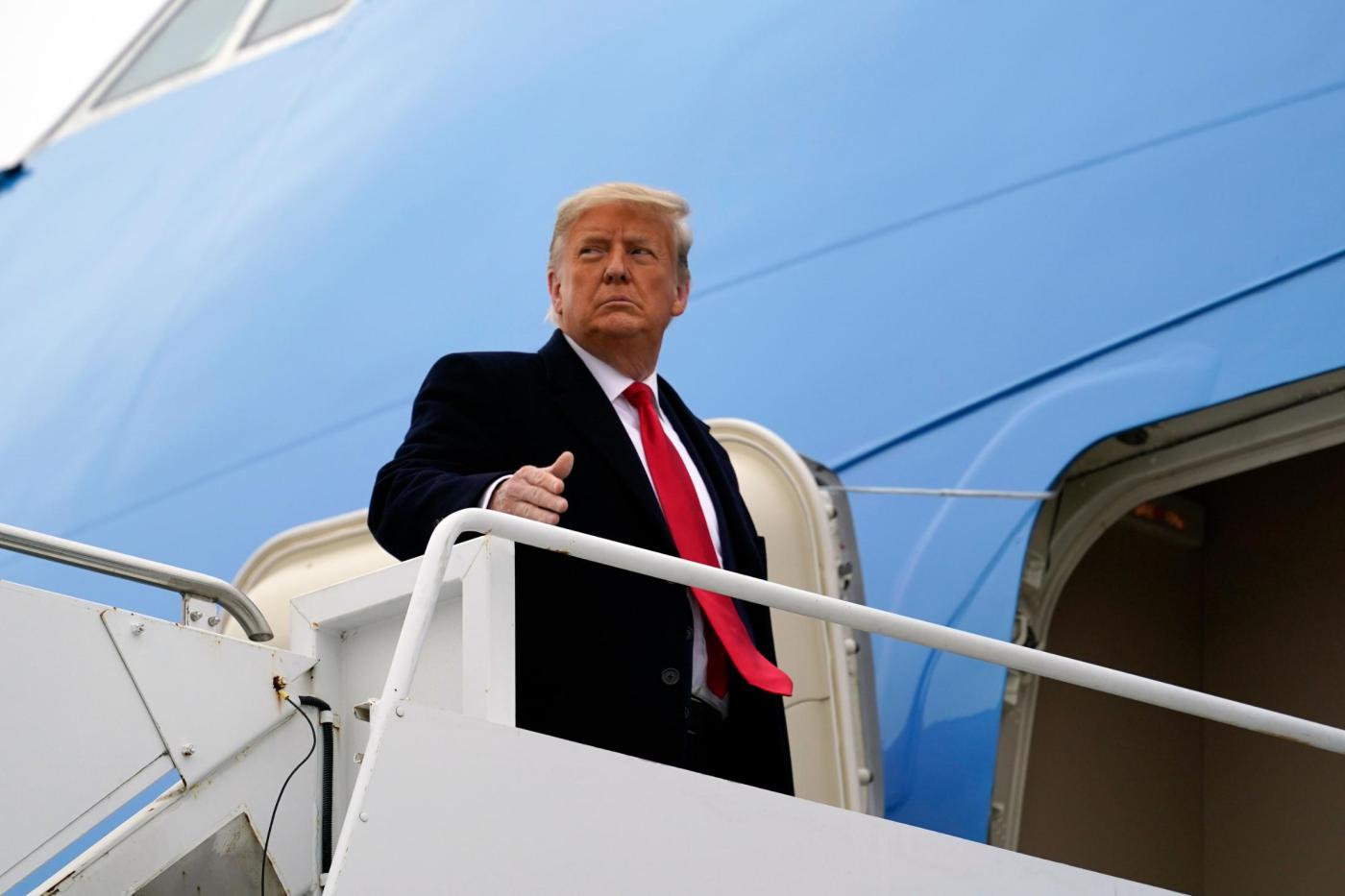 On the day he was impeached for a history-making second time, President Donald Trump lacked a comprehensive legal strategy, had nothing on his public schedule and was without his preferred social media methods of responding — in part because his son-in-law put a stop to efforts establishing his presence on fringe platforms after he was banned from Twitter.

It amounted to near-invisibility for the President at the most perilous moment of his presidency, which is ending in tumult and dramatic rebuke from members of his own party.

After the House voted 232 to 197 to impeach him — with the support of 10 Republicans — Trump released a video statement that did not mention the historic development that had occurred a few hours earlier.

Instead, he delivered a call for calm as the threat of new riots — which Trump said he’d been briefed on by the Secret Service — casts a pall over Washington.

“Now I am asking everyone who has ever believed in our agenda to be thinking of ways to ease tensions, calm tempers and help to promote peace in our country,” he said.

At the end of the spot, which was recorded by the White House and not independent television cameras, Trump decried what he called the “unprecedented assault on free speech we have seen in recent days.”

Betty White Met Her Third Husband on This Game Show

“Efforts to censor, cancel and blacklist our fellow citizens are wrong and they are dangerous,” he said. “What is needed now is for us to listen one another, not to silence one another.”

Aides had expected Trump to mostly watch the proceedings on television throughout the day. His only event was awarding the National Medal of Arts behind closed doors to Toby Keith, the “Should’ve Been a Cowboy” country star, and Ricky Skaggs, the bluegrass musician.

Trump issued a statement through the White House in the afternoon that insisted “there must be NO violence, NO lawbreaking and NO vandalism of any kind.”

But without Twitter, a campaign rally, a team of lawyers or Republicans willing to defend his actions, Trump weathered the historic shaming in subdued fashion.

That’s a distant cry from the first time he was impeached, when aides organized a campaign rally in the …