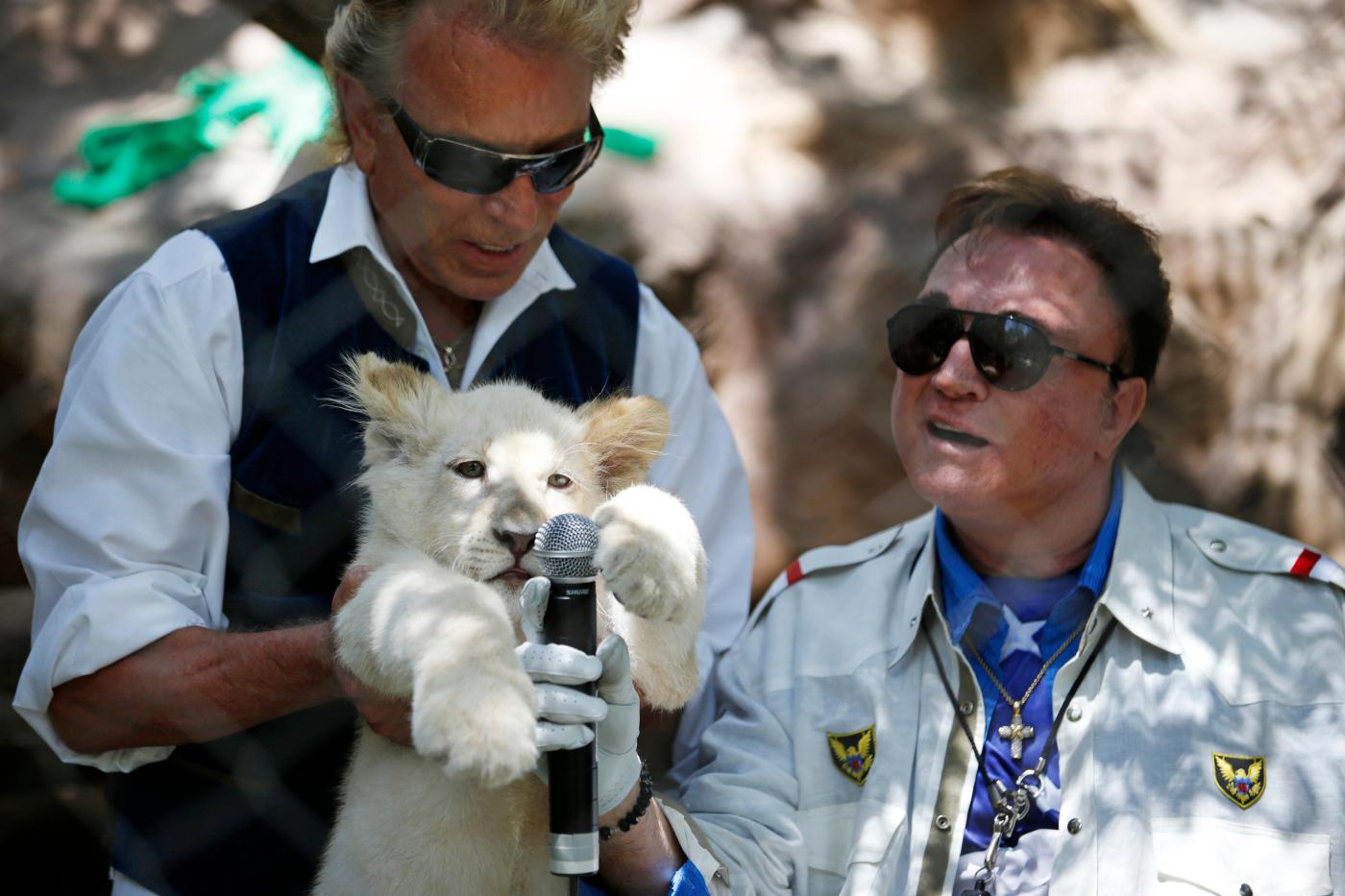 BERLIN — German news agency dpa is reporting that illusionist Siegfried Fischbacher, the surviving member of the duo Siegfried & Roy, has died in Las Vegas at age 81.

The news agency said Thursday that Fischbacher’s sister, a nun who lives in Munich, confirmed his death of cancer.

“He was at home in Las Vegas,” Sister Dolore told dpa. She said she talked to her brother on the phone before he died and they prayed together.

“I could pray with him and tell him that I will always be with him in my heart,” she said.

After the call, he lay down and fell asleep, she added.

The duo astonished millions with their extraordinary magic tricks until Horn was critically injured in 2003 by one of the act’s famed white tigers.

In a statement announcing Horn’s death in May, Fischbacher said, “From the moment we met, I knew Roy and I, together, would change the world. There could be no Siegfried without Roy, and no Roy without Siegfried.”

He later told Germany’s weekly Bild am Sonntag newspaper his best friend would always stay by his side.

“For dinner, I will continue to have the table set for him, too. like it always was the case. I’m not alone,” dpa quoted Fischbacher as telling the newspaper.

For years, Siegfried & Roy was an institution in Las Vegas, where Fischbacher and Horn’s magic and artistry consistently attracted sellout crowds. The pair performed six shows a week, 44 weeks per year.

Horn and Fischbacher, both natives of Germany, first teamed up in 1957 and made their Las Vegas debut a decade later. Siegfried & Roy began performing at the Mirage in 1990.

The pair gained international recognition for helping to save rare white tigers and white lions from extinction. Their $10 million compound was home to dozens of rare animals over the years. The white lions and white tigers were the result of a preservation program that began in the 1980s.

The Siegfried & Roy show incorporated animal antics and magic tricks, featuring 20 white tigers and lions, the number varying depending on the night. The show also had other exotic animals, including an elephant.

Born on June 13, 1939 in Rosenheim in Bavaria, Fischbacher learned his first magic tricks as a young boy, dpa reported.