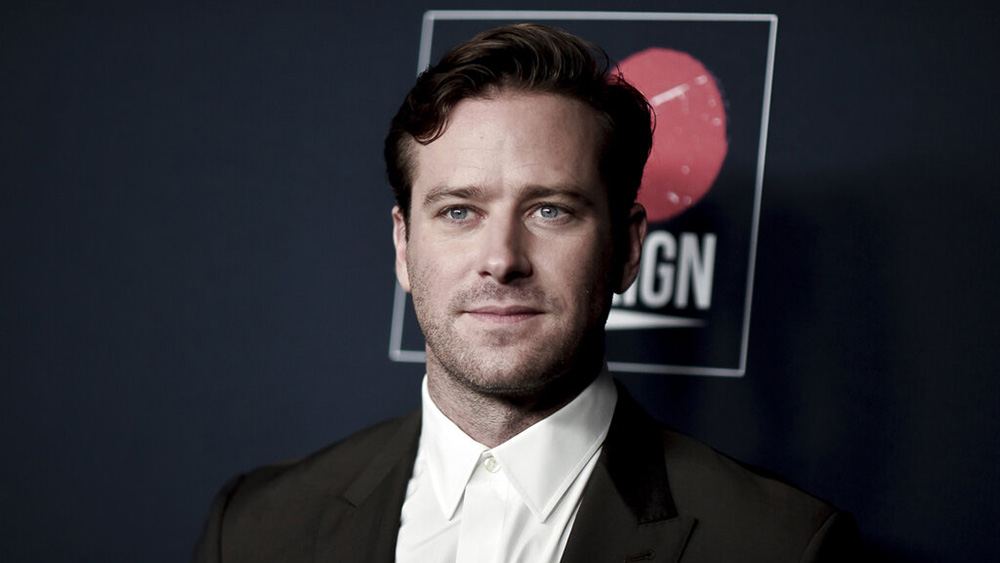 But at least two women who allegedly had relationships with the actor have come forward to share their concerns about him being controlling, with one saying he’s “predatory” and has a penchant for talking about kinky fantasies. Both women say they believe Hammer, 34, could have sent the unverified direct messages that have plunged him into a potentially devastating #MeToo scandal and forced him to withdraw from his next movie, “Shotgun Wedding,” with Jennifer Lopez.

One of those women, in an interview with Page Six, specifically claimed that Hammer liked to talked about which parts of her body he’d like to eat.

“He said to me he wants to break my rib and barbecue and eat it,” said Courtney Vucekovich, an app founder. “He says ‘I want to take a bite out of you. If I had a little cut on my hand he’d like suck it or lick it. That’s about as weird as we got.”

Vucekovich, 30, told Page Six she dated Hammer from June to August. That’s within the time frame of when Hammer and his wife, TV personality Elizabeth Chambers, announced they were getting a divorce after 10 years together and two children together.

Vucekovich said she first found the handsome, 6-foot-6-inch “Call Me By Your Name” star to be “captivating.”

“He enters your life in such a big way,” Vucekovich said. “He has such a presence and he’s aware of that and he uses it in such a way that most women would think, ‘Oh my gosh this is amazing.’”

Mia Farrow, Kurt Russell, and The Osmonds All Auditioned For This Iconic Movie

But Vucekovich told Page Six Hammer was manipulative and obsessive. He expected her to be with him 24/7, and, if not, to return constant text messages. She said she started to not feel safe: “I had this gut feeling the whole time that this was not right.”

Vucekovich’s interview comes after Hammer issued a statement Wednesday, saying he didn’t even want to respond to the “(expletive) claims.” He also decried the “vicious and spurious online attacks against me,” but said they were the reason he didn’t think he could leave his children, ages 6 and 3, for four months to shoot a film in the Dominican Republic. He added that the studio, Lionsgate, is “supporting me in this and I’m grateful to them for that.”