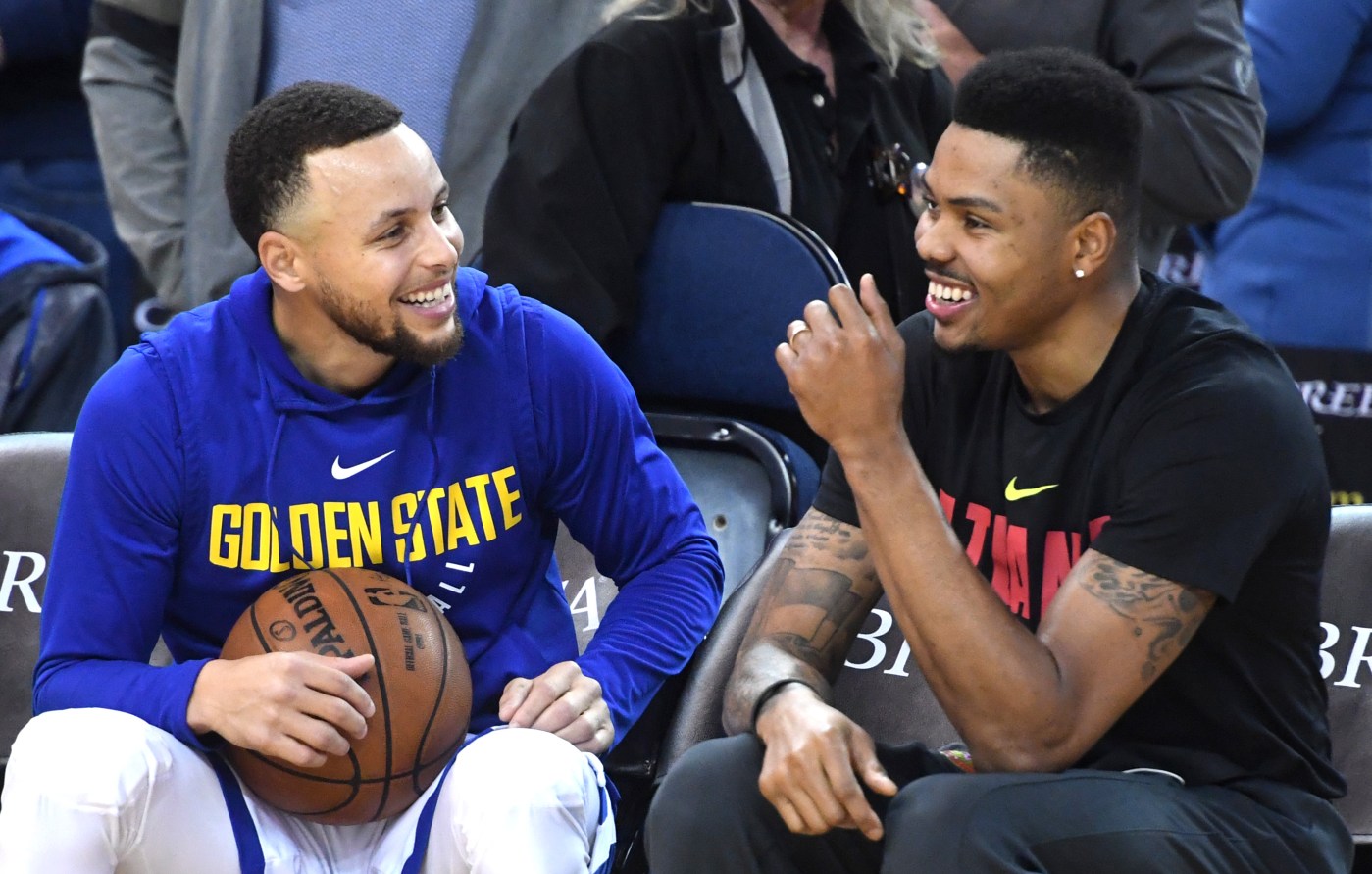 The Warriors are signing shooting guard Kent Bazemore to a one-year deal as they continue to add wing depth in the wake of Klay Thompson’s season-ending Achilles’ tendon tear, a league source confirmed with the Bay Area News Group.

Bazemore, 31, is a career 35.1% 3-point shooter who can defend multiple positions and play a reliable role off the bench. After beginning his career in Golden State in 2012, Bazemore emerged a key rotation player during a five-year stint with the Hawks (2014-19). He played last season in Portland and Sacramento, and averaged 10.3 points, 4.9 rebounds and 1.3 assists in 25 games for the Kings.

According to the Athletic, Bazemore will be signed using a veteran minimum contract valued at $2.32 million that won’t take up the mid-level exception or potential disabled player exception, which the Warriors applied to the NBA for Saturday.

Although he will come off the bench as a backup to Kelly Oubre Jr. and Andrew Wiggins, Bazemore has made a career of being a consistent presence off the bench and spot starter. He’s an experienced player who should be able to contribute meaningful minutes to a Warriors team that intends to return to the playoffs and is already familiar with him.

Undrafted out of Old Dominion in 2012, Bazemore played 1½ seasons with the Warriors before he was traded to the Lakers during the 2014 season. He signed a two-year deal with the Hawks, where he re-signed to a four-year, $70 million contract in 2016. Bazemore has remained close with Stephen Curry through the years.

‘This Is Us’ Star, Mandy Moore Played the Mean Girl in This Classic Movie

This signing comes a day after the Warriors added backup guard Brad Wanamaker to a one-year, $2.25 million contract. The Warriors now have 17 players on its roster and could still add more in free agency. They are reportedly one of several potential suiters for free-agent center Marc Gasol. Golden State can carry up to 20 players before getting down to 15 players when the regular season starts on Dec. 22.