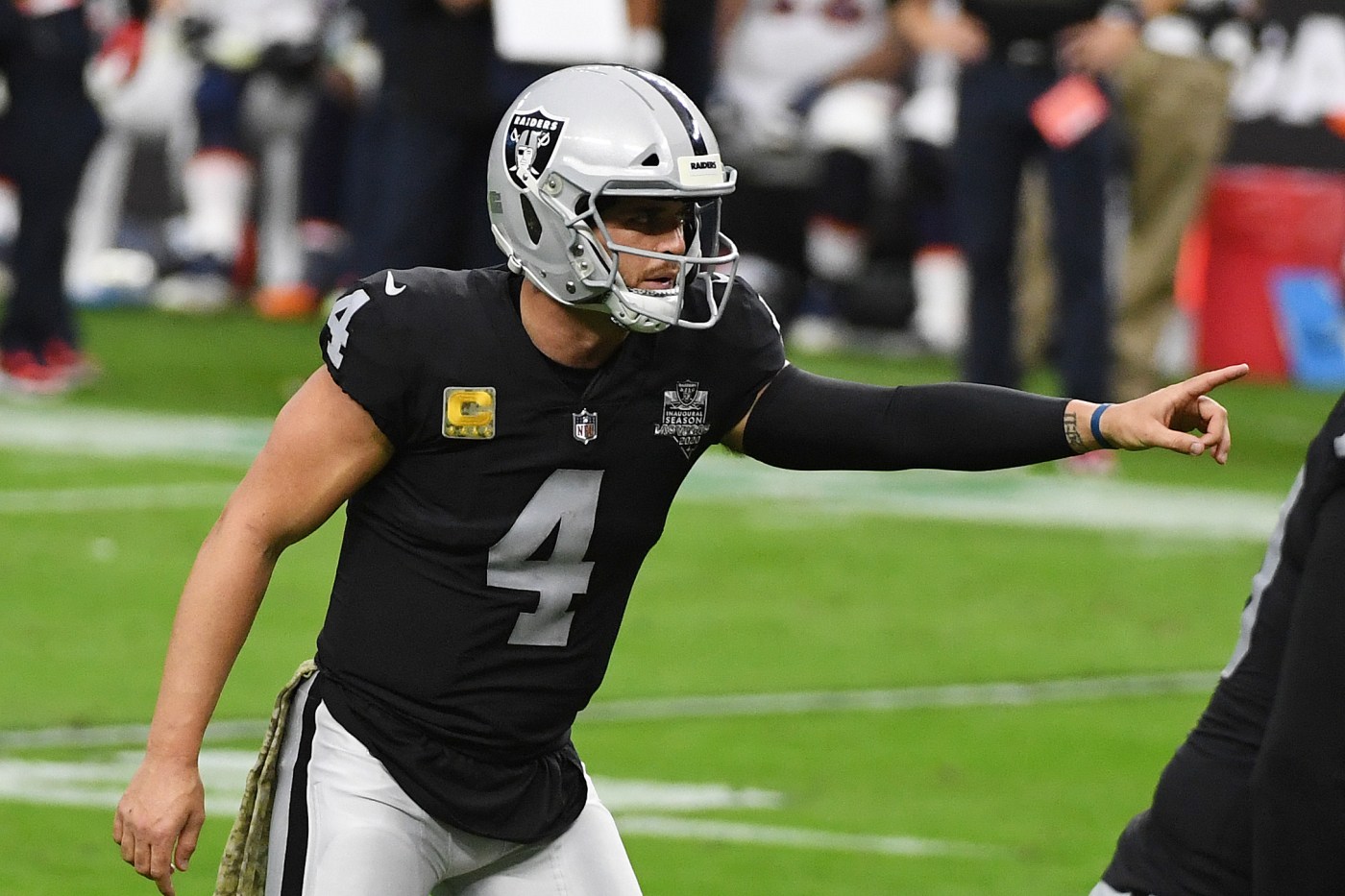 Scroll down to join us for live scoring updates, news and analysis Sunday night when the Raiders take on the Chiefs in an AFC West showdown.

To view the live updates feed on your mobile device click here.

WHY RAIDERS COULD WIN: Derek Carr came up big in the Raiders’ win over the Chiefs in Week 5, throwing for 347 yards and a pair of touchdowns. Carr had four pass plays for 40 or more yards in the win, the most by a Raiders quarterback in 30 years. … The Raiders’ success passing the ball helped open things up on the ground, where the Raiders ran for 144 yards while possessing the ball for 35:18, 11 minutes more than the Chiefs. The Raiders, the league’s seventh-best running team with 139.2 yards per game, could continue to hold an edge over the Chiefs’ defense that’s given up 138.4 yards per game, the fourth-most yardage allowed.

Raiders on verge of getting back seven defenders to face Chiefs; Johnathan Abram fined $15,000

Raiders get Joyner back off COVID-19 list, hoping for more returns before facing Chiefs

WHY CHIEFS COULD WIN: They’d never admit it, but the Chiefs were probably as surprised as most that they lost to the Raiders, who they’d beaten 10 of the last 11 times the teams played. Now, coming off a bye week, when coach Andy Reid has won 18 of those 21 post post bye-week games, Kansas City is no doubt looking to avenge its Week 5 loss. … Quarterback Patrick Mahomes, who threw his …