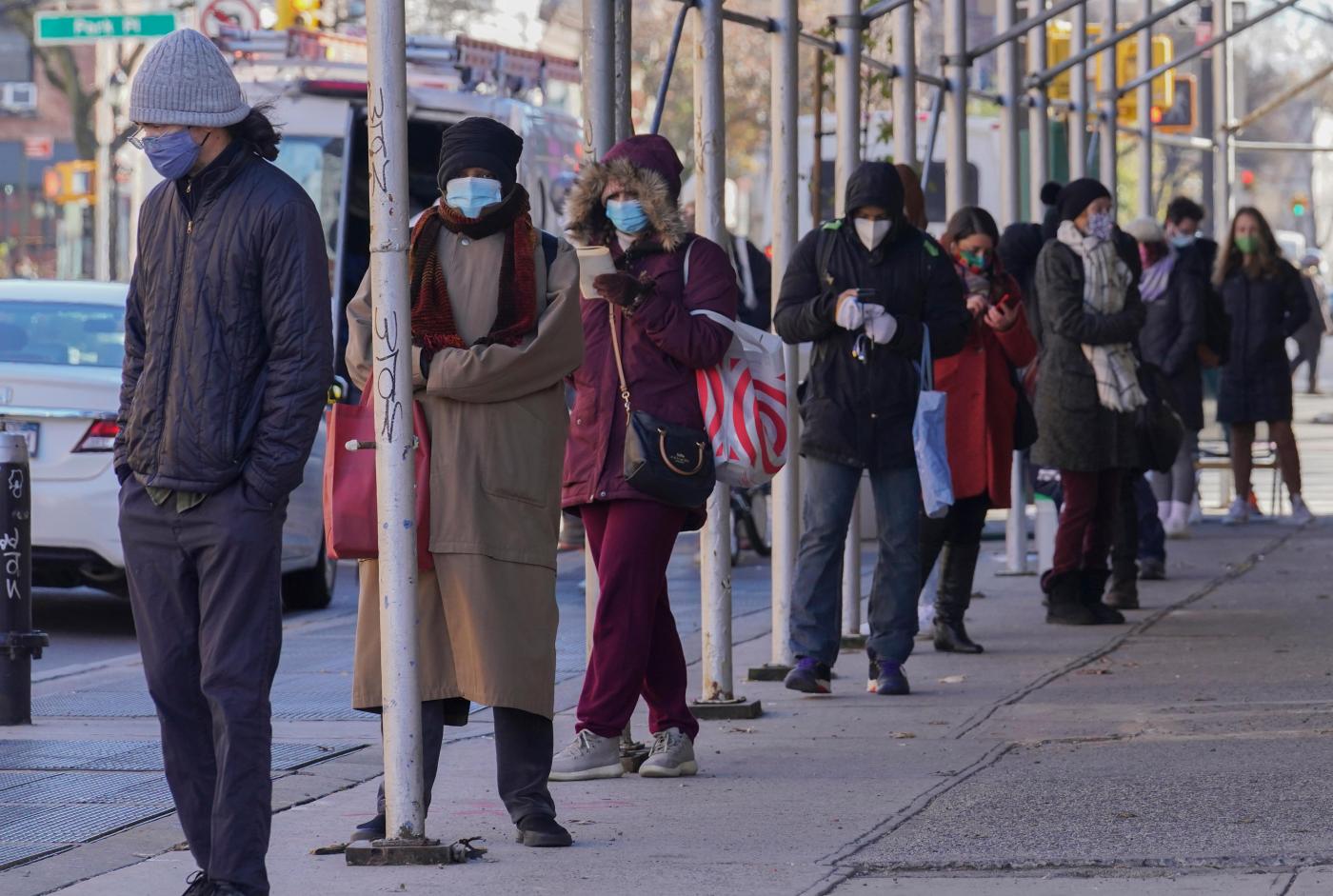 The day after Amanda Serulneck found out she might have been exposed to COVID-19, she visited a rapid testing center in New Jersey but was turned away because they ran out of tests.

She returned at 7 a.m. the next day. After waiting for an hour, officials said they had run out again. On her third try, Serulneck and her friend called several testing centers before driving for an hour to one with availability.

Lines for free COVID-19 tests stretch for blocks and hours in cities where people feel the dual strain of the coronavirus surge and the approaching holidays. But an increasing number of pop-up clinics promise visitors instant results — at a cost. Some charge $150 or more for a spot at the front of the queue.

While her friend who lacked insurance had to pay $125 for the test, Serulneck’s price was only $35. The real cost came from the two days she had to take off from work, she said.

“People are just trying to get by, and they can’t be taking off work for a week to wait for results,” said Serulneck, who works at a spa. “People need rapid testing to be available and affordable.”

Dr. Mark Shrime said his work gave him the flexibility to wait in line six hours for a test in New York City last week, but he knows not everyone can do the same.

“If I’m an hourly worker, I can’t take off six hours just so I can get a test so I can go back to work,” said Shrime, who needed a test to avoid a 14-day quarantine after traveling from Boston. “Another option was another place 10 blocks away from me where I could pay 250 bucks to get a rapid test, so the structure that we set up for people to be able to keep themselves safe from COVID baked into those structures is an inequity.”

Serulneck says it’s been frustrating to watch people do rapid tests so that they can go to parties or travel for the holidays.

“Some people who need rapid testing to work can’t afford it,” she said. “It’s not fair. The majority of people are in my position.”

As numbers of infections cases climb in the United States and the country faces what health experts say will be a dark winter due to the uncontrolled spread of the virus, the demand …