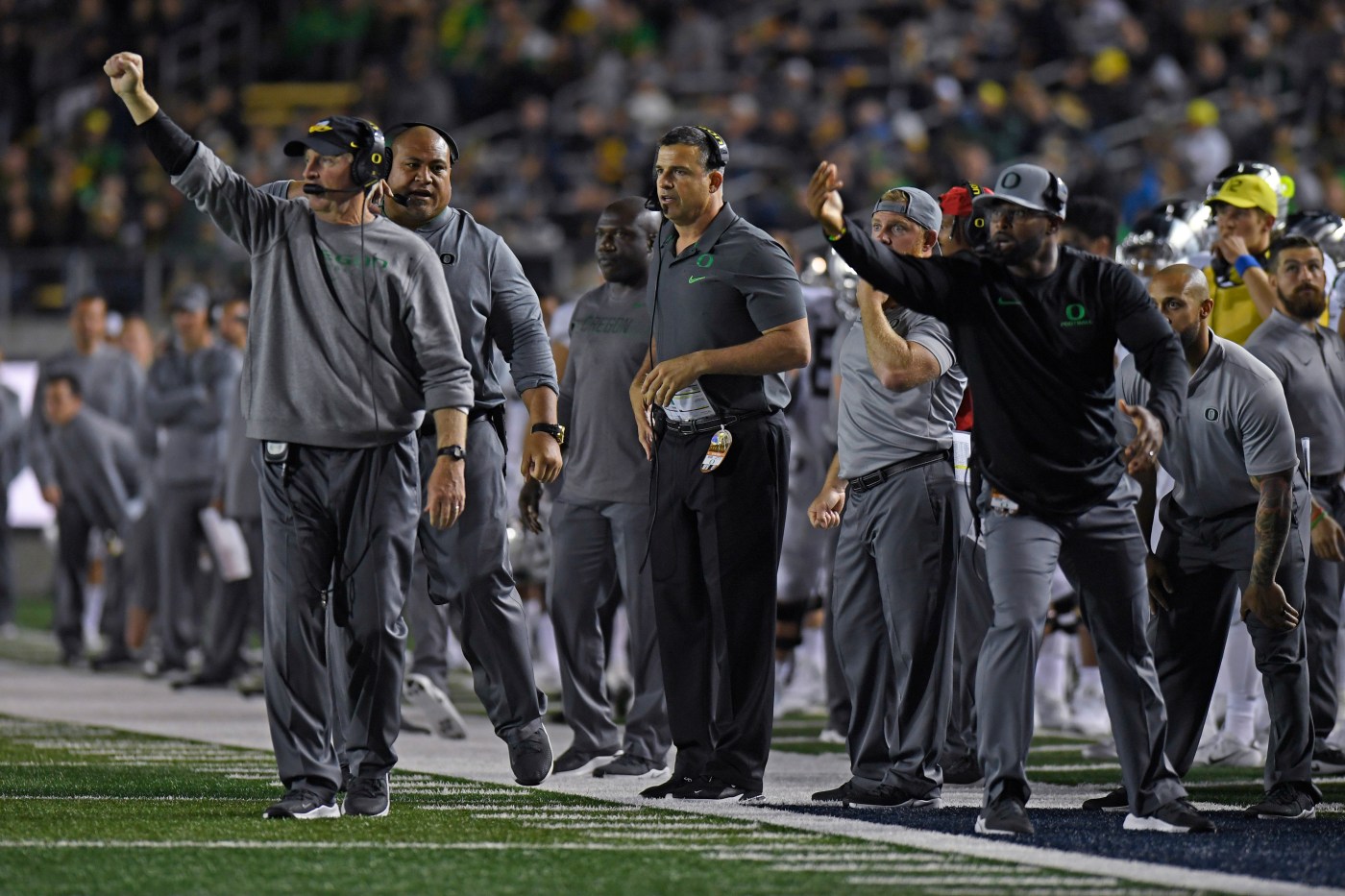 Reaction to Pac-12 developments on and off the field …

And because the news is relentless: We published an article this morning on the Pac-12 bringing back furloughed workers, the scheduling options for Week Seven, basketball plans and Larry Scott’s latest letter to the office staff.

Actually, Cristobal needed it last winter, but the pandemic hit.

He’s the defending conference champion but will earn about half as much in 2020 as the coach he beat for the Pac-12 title, Utah’s Kyle Whittingham.

That’s one of many takeaways from our perusal of USA Today’s coaching salary database, one of the most important works of journalism in college athletics each year.

(The package of content published this week includes a look at pandemic-related salary reductions for head coaches — and how they aren’t necessarily what they seem.)

Schools are taking a variety of approaches to mitigating the budget damage to from Covid. Some have asked coaches and athletic directors to take pay cuts, and some have not.

For that reason, the figures used below will reflect what USA Today calls ‘scheduled school pay,’ or the contractual obligation to the head coach had there been no pandemic.

Cristobal was scheduled to earn $2.7 million this year. That’s a long way from the top-paid coach in the conference, Whittingham, who would have received $5 million without Covid reductions.

The following coaches also will earn more than Cristobal:

That would be all of them, except Oregon State’s Jonathan Smith.

Even the head coach who hasn’t been a head coach, Lake.

Even the head coach who hasn’t been a head coach in 13 years, Dorrell.

In fact, Cristobal’s 2020 scheduled pay is 57th in the country, just ahead of Maryland’s Mike Locksley and Kansas State’s Chris Klieman.

Our strong suspicion is that Cristobal will receive a new contract as soon as the budget crisis ends — one that makes him the highest-paid coach in the conference.

(He reportedly was on track for a new contract before the pandemic arrived.)

We can only assume the extension will be structured in a manner that compensates Cristobal for the raise he didn’t get this season.

Regardless, at $2.7 million for the current season, he’s one of …