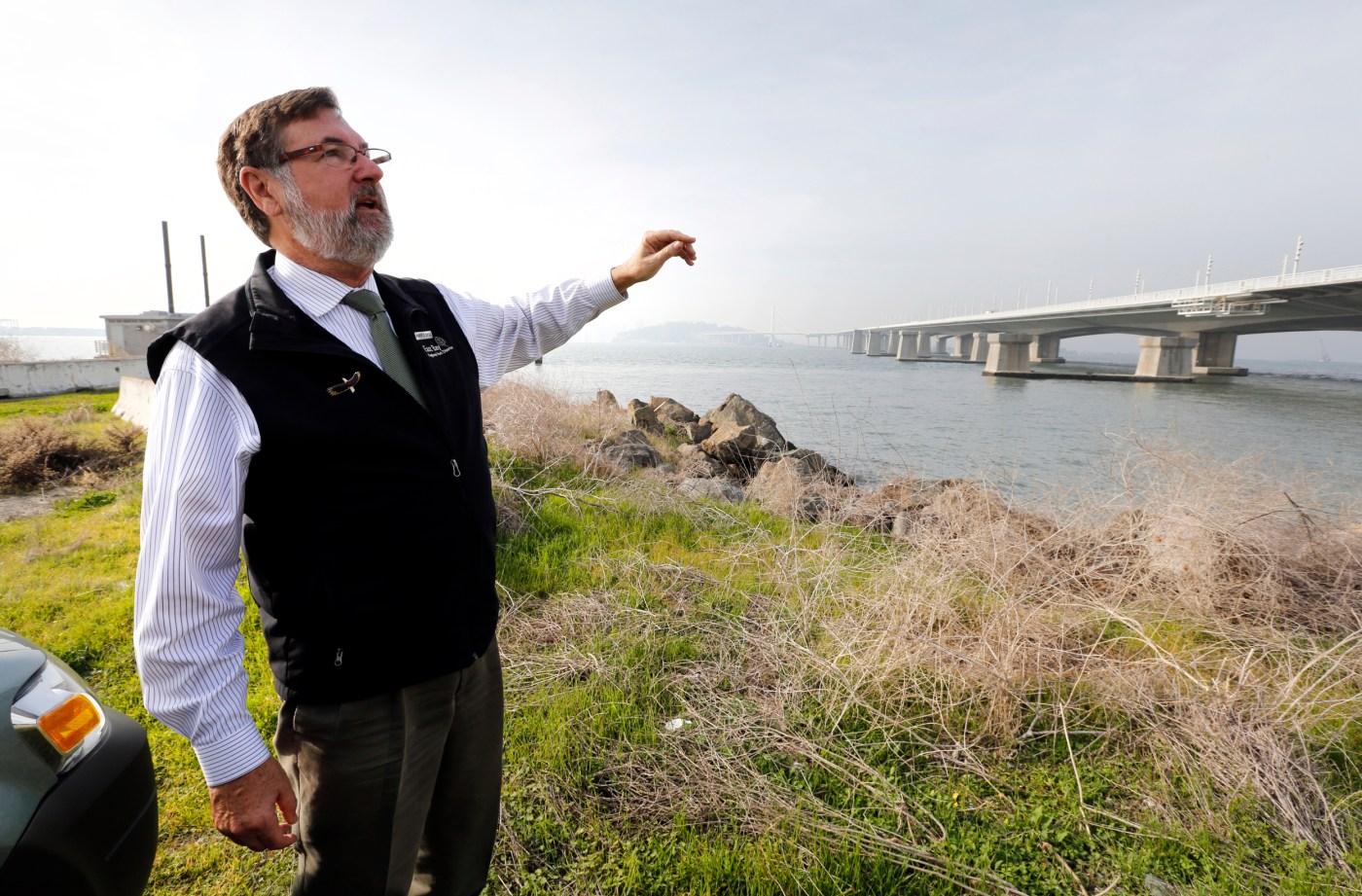 A new 45-acre regional shoreline park is now open at the eastern touchdown of the Bay Bridge, offering spectacular views of San Francisco Bay and the bridge’s new span between Oakland and Yerba Buena Island.

Park It: East Bay dog-leash rules back to prepandemic standard

Park It: Some reminders for enjoying fall in the East Bay parks

The park is named Judge John Sutter Regional Shoreline. Judge Sutter, now retired, had a distinguished career including time as a superior court judge, as Oakland’s vice mayor and as a member of the East Bay Regional Park District board. He is also an environmental leader instrumental in obtaining and preserving public access to the bay shoreline.

Features of the new park include the newly-renovated Bridge Yard building, available for future public events; a walking trail to the recently constructed 600-foot observation pier; and improved parking with bicycle and pedestrian access to the Alex Zuckermann Bay Bridge Trail, which leads out to Treasure Island. The pier was constructed on supports remaining when the new bridge replaced the old earthquake-damaged structure.

From 1903 to 1960 the site of the new park was the base of operations for the Key System electric railway, which eventually transported passengers around the East Bay and to San Francisco via the lower deck of the Bay Bridge. A substation located at the site provided electrical power to all the Key System trains. The site was also part of the Oakland Army Base, which was a transportation port and distribution terminal for the Pacific region from 1941 until it closed in 1999. The district will receive additional property from the U.S. Army.

The 1930s-era Bridge Yard building was the maintenance center for the Key System trains. It will be the activity hub for the park, with interpretive and recreational programming, equipment rentals, food concessionaires and space for public events and conferences. The 24,000 square-foot building was renovated by Caltrans and the Bay Area Toll Authority, and has been leased to the Park District by Caltrans. The Bay Conservation and Development Commission and Bay Area Transportation Authority also provided funding.

The Park District planned to celebrate the opening with a virtual dedication, …