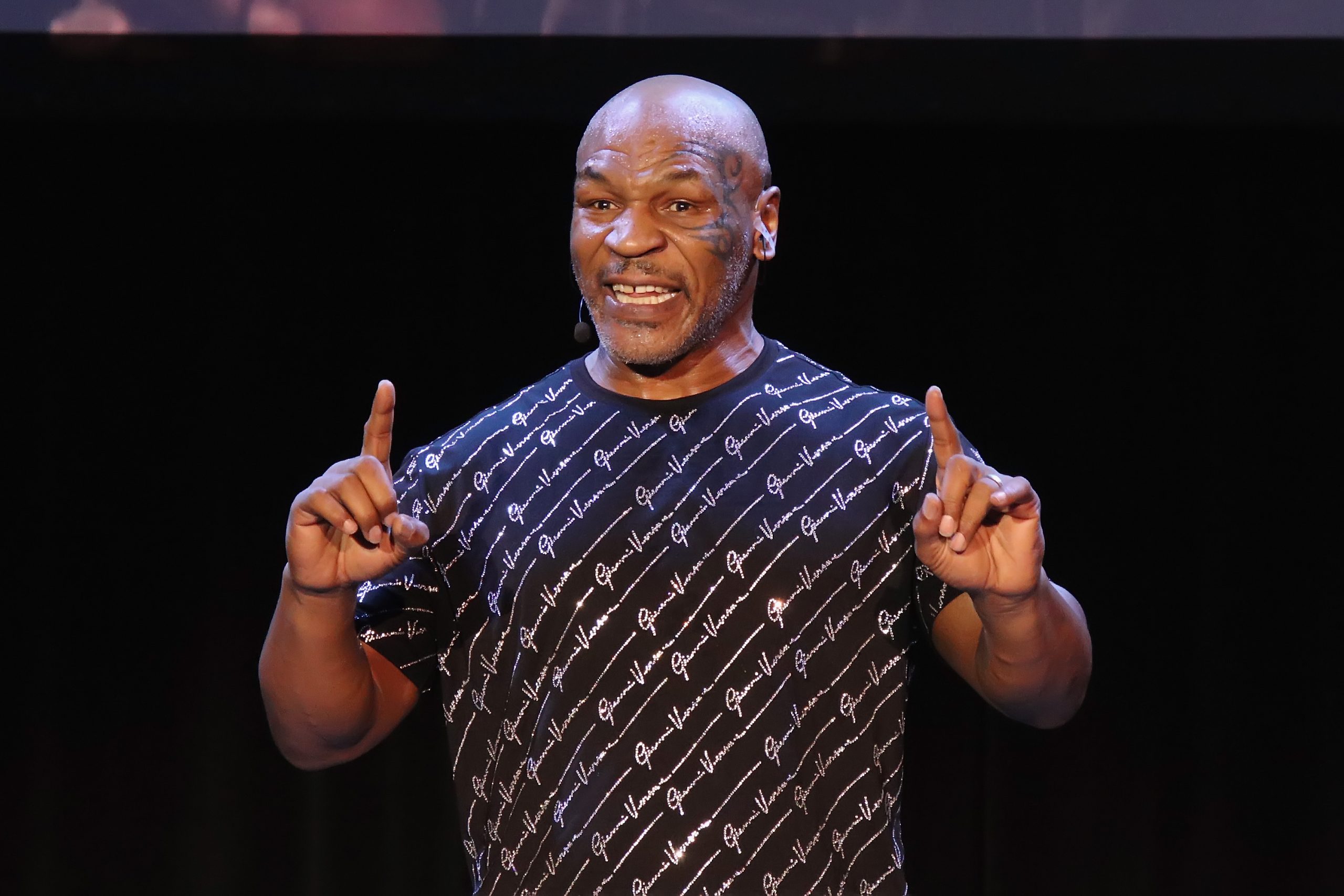 Mike Tyson has a ton of memories from his three-year stint in prison, but some are dearer than others. Tyson has previously admitted that he enjoyed his time in prison, and his prison stories often explain why.

Tyson recently shared that one of his fondest memories of Tupac Shakur is from his time in prison. According to Tyson, the polarizing rapper visited him and ended up causing an uproar among the inmates.

Mike Tyson remembers when Tupac visited him in prison

RELATED: Mike Tyson’s Prison-Mate Wrote Letters Impersonating Him To Get Cash and Jewelry From Fans

He recalled one of his fondest memories of Tupac being when the superstar came to visit him in prison. Tyson shared on T.I.’s expediTIously podcast that the prison went into an uproar when Tupac stopped by.

“Him coming to visit me in prison,” Tyson said. “And he’s talking, and he’s so excited and so animated, and all of a sudden we’re outside and he jumps on the table, and I’m like—and the cops and the guards are looking at him—I’m like, ‘Come down,’ I say ‘Get down from there, come here. Stop, come down now.’ He says, ‘What’s wrong?’ I say ‘Get down, please, come down.’”

Luckily, Tyson got Tupac to calm down and get off the table before the prisonguards made an issue out of it.

Prison guards didn’t like Tupac being at the prison

Even though Tyson enjoyed having one of his close friends visit him in prison, the prison guards weren’t so thrilled. Apparently, they didn’t like Tupac very much because he had the ability to get the inmates too excited for their own good.

“The guards didn’t like him, the prison didn’t really like him, because when he came, the inmates got rowdy and pumped up, and that’s like, a safety situation there. So they really didn’t like him there. But he was just like a bolt of energy. When he came in, everybody knew him, he had mad respect, and I guess that’s how he lived his life, he demanded respect.”

Tyson also explained that Tupac’s visit stayed with prisoners long after he left. Later on, when it was discovered that Tupac shot two off-duty police officers, the inmates went wild.

“When the word came out he had just came …