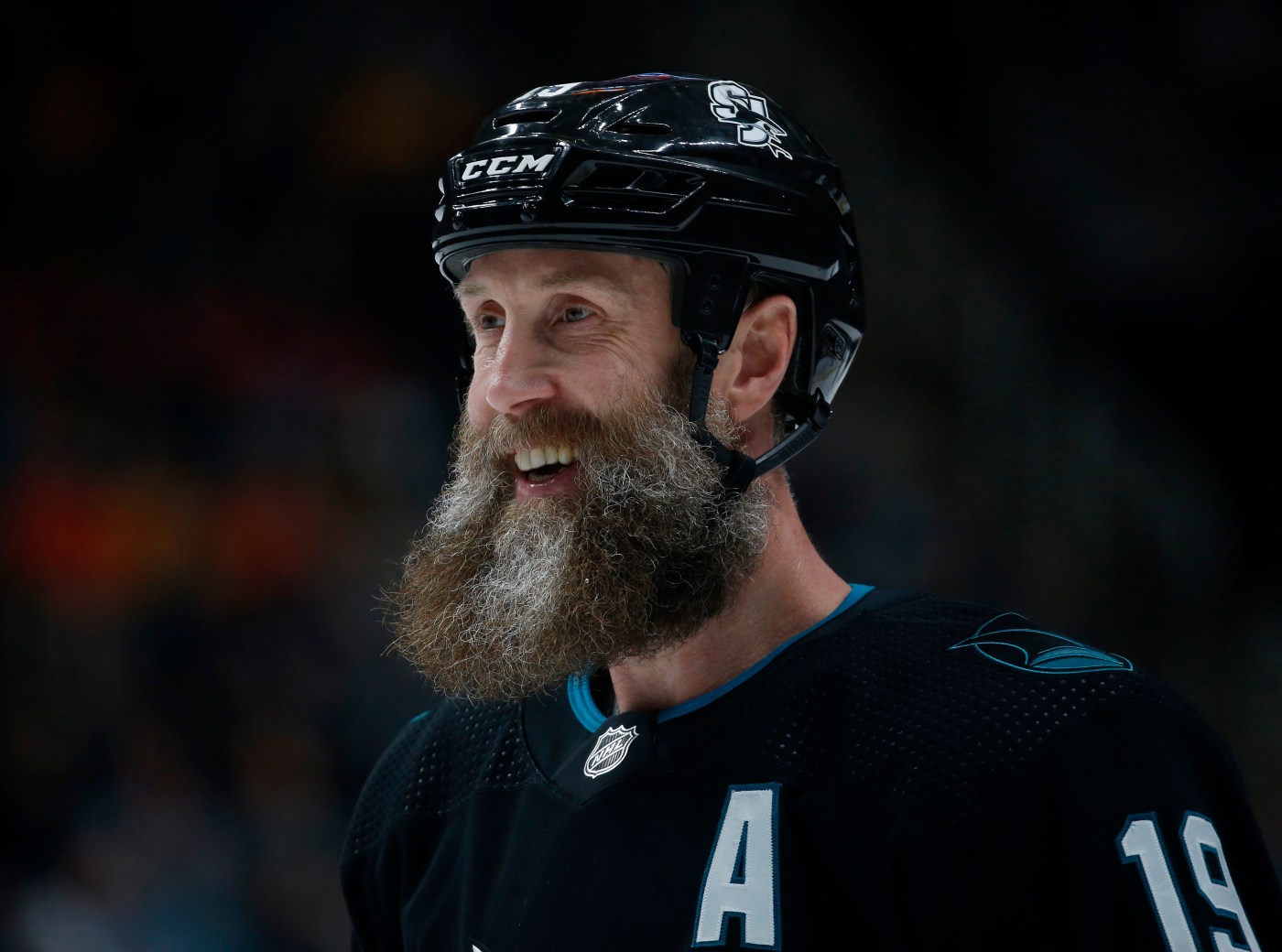 Before he decided to leave the San Jose Sharks after 15 years and sign with the Toronto Maple Leafs, Joe Thornton spoke with several friends about what it’s like to leave an organization you had been with for a long time.

One of the people he called — Joe Montana, who left San Francisco after 13 years with the 49ers to sign with the Kansas City Chiefs in 1993.

“Joe gave me some good advice,” Thornton said on a video call Sunday. “He just talked about leaving San Francisco and going to Kansas City.

“That conversation, and a couple people outside of hockey. I had so many people I talked to over the last week. I’m just blessed that I had a chance to talk to some great people. But (Montana’s) one guy that offered me some good advice.”

Thornton ended a 15-year tenure in San Jose on Friday when he signed a one-year, $700,000 deal to return to his native Ontario and play for the Maple Leafs.

Although he is originally from St. Thomas, which is about a two-hour drive outside of Toronto and is where his parents still live, the allure of trying to win a Stanley Cup he grew up cheering for was too much to pass up.

“Obviously, my parents are right there. So that was part of it. They can be around the grandkids a lot,” Thornton said Sunday from Switzerland, where he is playing for HC Davos until the NHL training camps begin. “But really, it’s because of the hockey team. This is a very, very good team and I’m just, I need to win the Stanley Cup and I think this is a great team that they can do that.

“There’s a couple things that helped along the way, but I really, really like this team. I love the organization. So it was a little bit family, but mostly hockey.”

Thornton was also pursued by the Leafs in the summer of 2017 when both he and Patrick Marleau were unrestricted free agents. Marleau signed a three-year contract with Toronto, but Thornton returned to San Jose on a one-year deal. He also signed one-year contracts with the Sharks in 2018 and 2019.

“I gave it a long hard thought, and it just didn’t work out (in 2017),” Thornton said. “And now, I honestly just felt like it was a great move for the family, we’re over here in Switzerland until the season starts. …