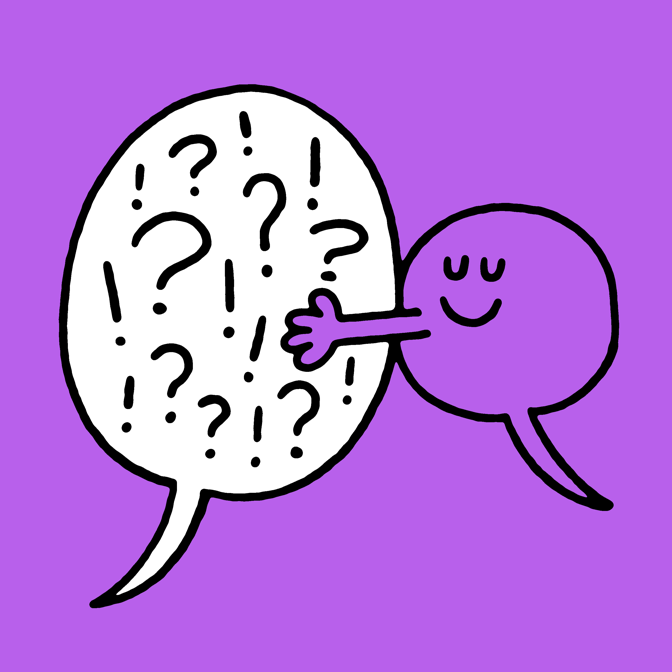 What will it be, the thing that finally makes me write to an advice columnist?

A quandary of the heart? An out-of-control kink? A high-stakes issue involving wedding invitations? Deeply schooled as I am in the lore of the problem page, I still don’t know which of the standard cries for help I’ll end up emitting.

Because they’re all standard—that’s the point. The problems are the same, now and forever. The same dilemmas, the same misunderstandings. Is my boss a pig? Why won’t my stepdaughter say thank you? I married a frog—I thought he was a prince! They loop around, they rhythmically recur, albeit touched with the flavor of the times (“Help, My Pandemic Crush Feels So Real!”). And the problem of all problems, the old chestnut: Why am I doing what I’m doing, when it’s so obviously bad for me? Saint Paul put this one best in his letter to the Romans: “For what I would, that do I not; but what I hate, that do I.”

Agony aunts, we call them in England, and I’ve been reading them forever. I first encountered them in my mother’s magazines: Woman’s Own, Woman’s Weekly, Woman’s Realm. Virginia Ironside—what a counselor. With what insight and asperity she sliced into the 200-word soap operettas laid before her, four or five to a page. Remotely, a boy at the keyhole as it were, I took it all in. I became a short-trousered expert in adulterous longing, erotic disharmony, soul-death at the kitchen table. They were an education to me, a widening of my eyes. This world of complication, this world of problems—I couldn’t get enough.

And I still can’t. “Ask Polly,” “Dear Prudence” … Some of the letters I read with icy snobbery, some with a gush of fellow feeling. How tangled we get. How impossible it is, apparently, to be alive without sitting on somebody, or being sat on. Is it freedom you want? The swingers have their problems too (“I Love My Poly Lifestyle, but the Constant Sex Has One Big Drawback”).

And then, in a different tone, in a different font, the problem is solved. The advice is given. Setup, punch line. Tension, release. One of the purest thrills for the problem-page addict is the discovery of an unreliable narrator: an advice seeker whose own flaws, glaringly revealed in their letter, are somehow obscure to them. We can barely wait for the columnist to …