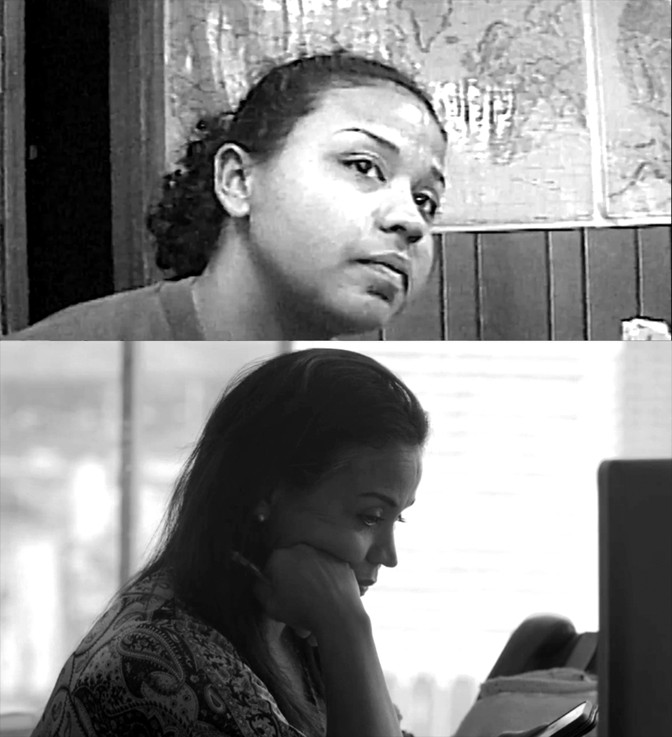 The prison abolitionist and scholar Ruth Wilson Gilmore once wrote, “Prison is not a building ‘over there,’ but a set of relationships that undermine rather than stabilize everyday lives everywhere.” This idea is the focus of the filmmaker Garrett Bradley’s Time, a gripping documentary that reframes the perception of mass incarceration and its far-reaching effects. Counter to the slew of prison films and television programming that have shaped the public imagination of life behind bars, Bradley shifts attention away from the geography of the prison as central to examining the carceral state and instead concentrates on the private sphere.

Time, which is currently streaming on Amazon Prime, highlights a Louisiana couple, Rob and Sibil Fox Richardson, who were sentenced to prison for a bank robbery they committed in 1997, when they were 29 and 25, respectively. Rob was sentenced to 60 years, while Fox accepted a plea deal of 12 years and served three and a half. The film is an amalgam drawn from a 20-year archive of home videos recorded by Fox as she awaited Rob’s return and current-day footage of the Richardson family shot by Bradley. The film bridges the past and the present, exposing mass incarceration’s domestic impact on the lives of those tethered to and regulated by the penal system.

Fox’s footage ranges from the momentous to the mundane: their six children’s playdates, family gatherings, speaking engagements, birthday celebrations, car rides, school activities, and confessionals. Alongside these black-and-white images of events and rituals, Bradley’s contemporary footage—shot in a complementary gray scale—similarly captures the quotidian activities of Fox and her family as they fight for her husband’s release from prison.

[Read: The films that understand why people riot]

The documentary’s nonsequential assemblage suggests that, for Bradley, time itself is a medium through which to examine the conditions for the incarcerated and for their loved ones left behind. Bradley, who is the first Black woman to win best director for a U.S. documentary at the Sundance Film Festival, originally broached this topic in her 2017 New York Times op-doc, Alone, a short film that captures a young woman’s fraught and isolating decision to marry her incarcerated boyfriend. Time continues Bradley’s cinematic study of Black women’s advocacy efforts and gendered labor, illuminating the emotional toll on them to sustain interpersonal relationships, familial ties, and social networks for imprisoned loved ones.

Time begins with the first video Fox recorded 20 years ago, …