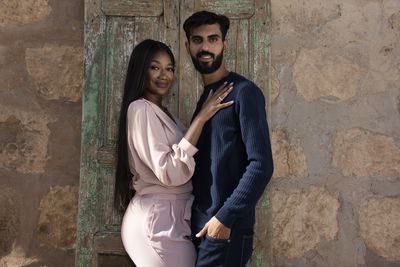 90 Day Fiancé couple Yazan and Brittany Banks have some major cultural differences to overcome. The two have been struggling to maintain their relationship in the face of expectations laid on Banks by Yazan’s parents, who are rather orthodox Muslims. Meanwhile, Banks has been hiding the fact that she’s still mid-divorce from both Yazan and his parents. Now, with Banks leaving Yazan behind to go finalize her divorce, Yazan is in hot water with his parents, and has found himself bereft of both job and home.

When Brittany Banks visited Yazan’s parents on 90 Day Fiancé, things did not go well. Right off the bat there’s a big language barrier between Banks and Yazan’s family. To make matters worse, Yazan’s parents are not fond of Banks social media presence and penchant for revealing photos.

“We don’t accept my son to even be in an amorous relationship or even a romantic one with…I mean, with all due respect, so you’re still on social media and you still are as you are. Cancel all of this. Cancel all the life you’ve been living, and you would marry Yazan,” said his father.

When his parents asked Banks when they were going to get married, pressing for it to be sooner rather than later, Banks replied January. This didn’t make them very happy.

This Week in History: 1921 An operatic femme fatale sets off an international scandal

“I’m not good at dealing with emotions. This situation with Yazan’s parents made me crazy,” she told producers.

Yazan lost his job and home

Brittany left the clothes that she can’t wear in Jordan behind in her closet, her dad Greg said he’s going to donate it all. #90DayFiance pic.twitter.com/pv2jnqc7g9

Now, Yazan is revealing that he’s lost both his home and his job as a result of his relationship with Brittany Banks, and his father’s disapproval.

“We sat down and he started talking about Brittany. He said he is not accepting of the whole marriage. He doesn’t want it. He started asking about social media,” Yazan told his friend Mohammed on 90 Day Fiancé.

“Those are old pictures, Mohammed. He started telling me that she’s playing with me, she doesn’t want to marry me. …