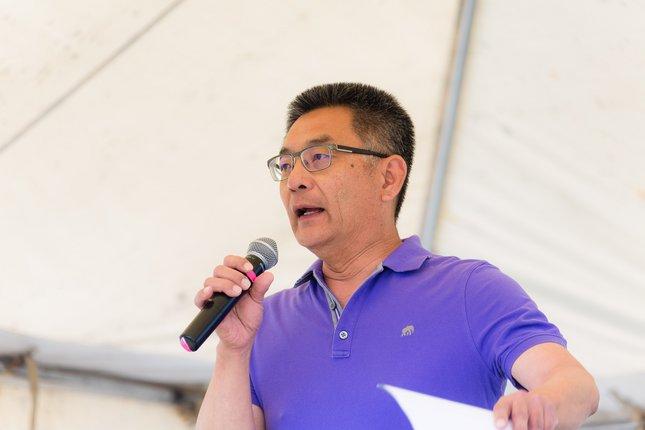 Assemblyman Kansen Chu is being investigated by the Fair Political Practices Commission for potentially violating state campaign finance laws, according to a letter from the agency shared with this news organization.

Chu, who represents Assembly District 25, is running for the Santa Clara County Board of Supervisors District 3 seat against Otto Lee, a former Sunnyvale councilman.

In a July complaint letter to the FPPC, the group claimed Chu violated campaign laws by using his Assembly campaign committee bank account to “promote his supervisor campaign,” including sending a mailer with COVID-19 safety information to voters in the District 3 supervisor district but outside his Assembly district.

The mailer said it was paid for by Chu’s Assembly campaign committee but included his supervisor campaign website address.

“He’s promoting himself, he’s getting his name out there,” Fong said in an interview Wednesday about the mailers Chu sent.

The complaint claims that between May 2019 and February 2020, Chu accepted 18 donations exceeding the $1,000 limit for supervisor candidate campaign committees into his Assembly account. The limit for Assembly campaigns is $4,700.

He spent  $33,262.84 from his Assembly account to pay for the mailers, the complaint said.

“This distinction allowed him to skirt fundraising restrictions and send misleading mailers to people outside of his assembly district,” the complaint said.

In an interview Wednesday, Chu denied he acted unethically when he sent the mailers.

“There was definitely a miscommunication between myself and the graphic designer when I sent out a COVID-19 resource card” that included the website for his supervisor campaign, he acknowledged.

Chu said he was trying to provide a “civil service” by getting information about the virus and resources to the Spanish-speaking community.

“The content of the mailer had nothing to do with the campaign,” he added. “That was a mistake on my part not to catch the fine print.”

The FPPC complaint also alleges Chu and his wife Daisy “repeatedly underreported travel, food and miscellaneous expenses for their own gain.”

It claims there were “five instances of incorrectly reporting travel expenses in 2018 and 22 instances of underreported reimbursements between Chu’s campaigns and his wife Daisy, totaling $6,979.13.”