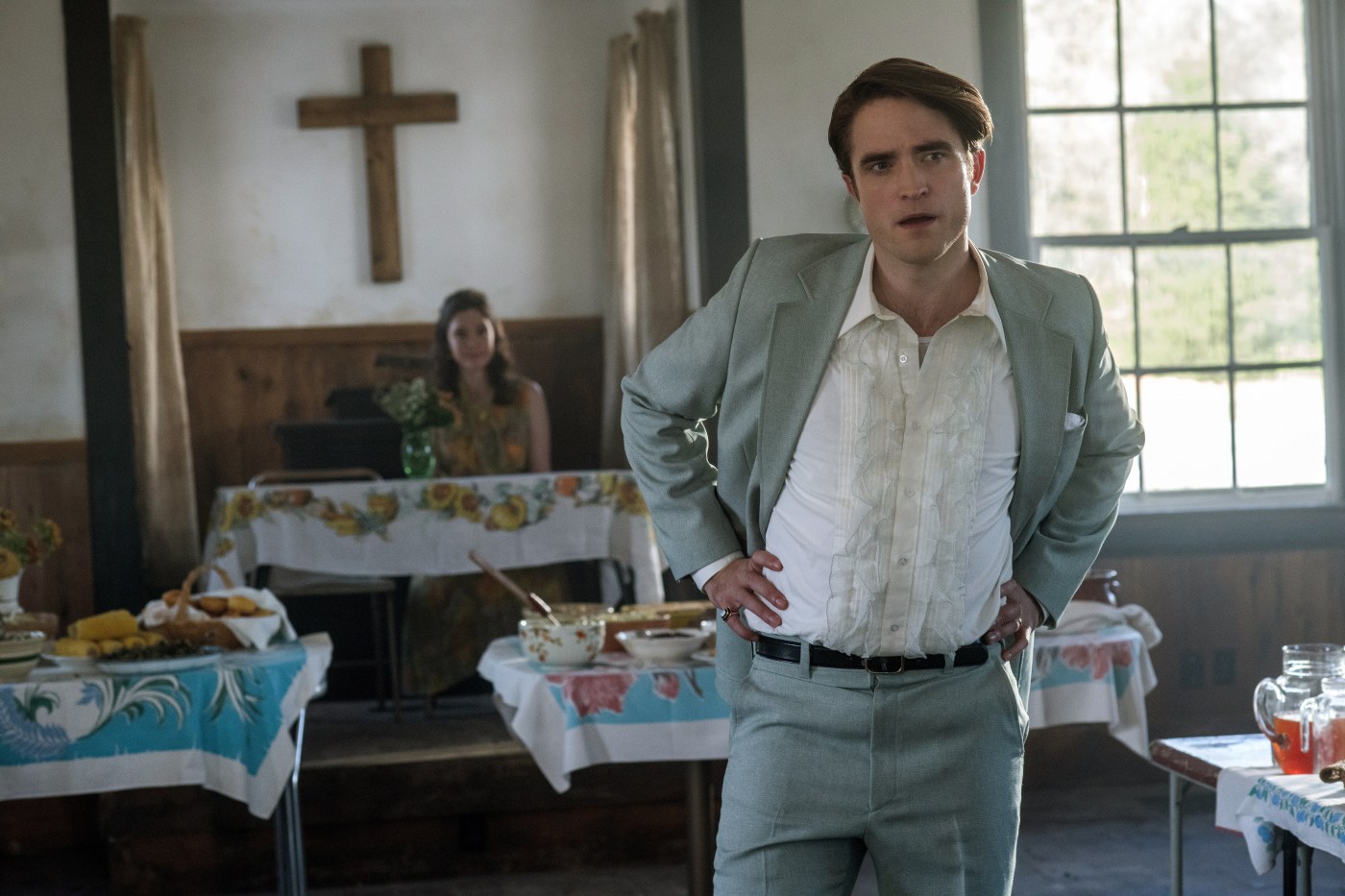 Starpower isn’t lacking in the films available to stream this week.

But only one of the two biggies — Netflix’s “The Devil All the Time” and Lionsgate’s “Antebellum” — manages to live up to its killer cast. Here’s a rundown:

“The Devil All the Time”: The literary spirits of Flannery O’Connor, William Faulkner and James Purdy flit about Antonio Campos’ slow burner, a distinctive, unsettling indictment on the abuses of faith.

The powerful, violent tale is rooted in the rural outskirts of the Midwest, where Campos explores how a brutal temperament can get handed down from one generation to the next while misguided faith corrupts, destroys and perverts.

Campos and his brother and co-writer Paulo Campos adapt Donald Ray Pollock’s novel of the same name and pace its big story bookended by World War II and Vietnam War with precision. Antonio Campos keeps the material in sync at all times, a challenge since many narrative threads need to be untangled and then intertwined again.

The dense drama overflows with characters, brought together by fate and circumstances. The huge cast includes Bill Skarsgard as Willard Russell, a former Marine suffering from devastating losses; Tom Holland, Willard’s violence-prone son who adores his step-sister (Eliza Scanlen); Robert Pattinson, a charismatic preacher man with a penchant for seduction; Riley Keough and Jason Clarke, as a depraved couple; Mia Wasikowska as a devout Christian who’s married to the devoutly deranged Ray, played by Harry Melling. Meanwhile, a duplicitous sheriff (Sebastian Stan) follows their crimes of passion, leaving his own trail of sin along the way.

Campos has made a shattering portrait of religion and violence, a knotty, expressive work that bores deep into the soul of America. Details: 3½ stars; available now on Netflix.

“Antebellum”: The phrase “all over the map” applies to Gerard Bush and Christopher Renz’s ambitious failure. Their well-intended debut film hits a couple of high points but loses its way. Most problematic is that they don’t flesh out a wafer-thin narrative better suited for a “Twilight Zone” episode than a theatrical film.

But don’t blame Janelle Monae, who is solid playing a slave and a scholar, both of whom are subjected to White abuse. And Gabourey Sidibe is a scene stealer as a feisty friend.

“Antebellum’s” message that America’s racist past is thriving in the present couldn’t be more pertinent or urgent, but the execution here is overdone. And don’t get us started about the ending. The cinematography, though, by …