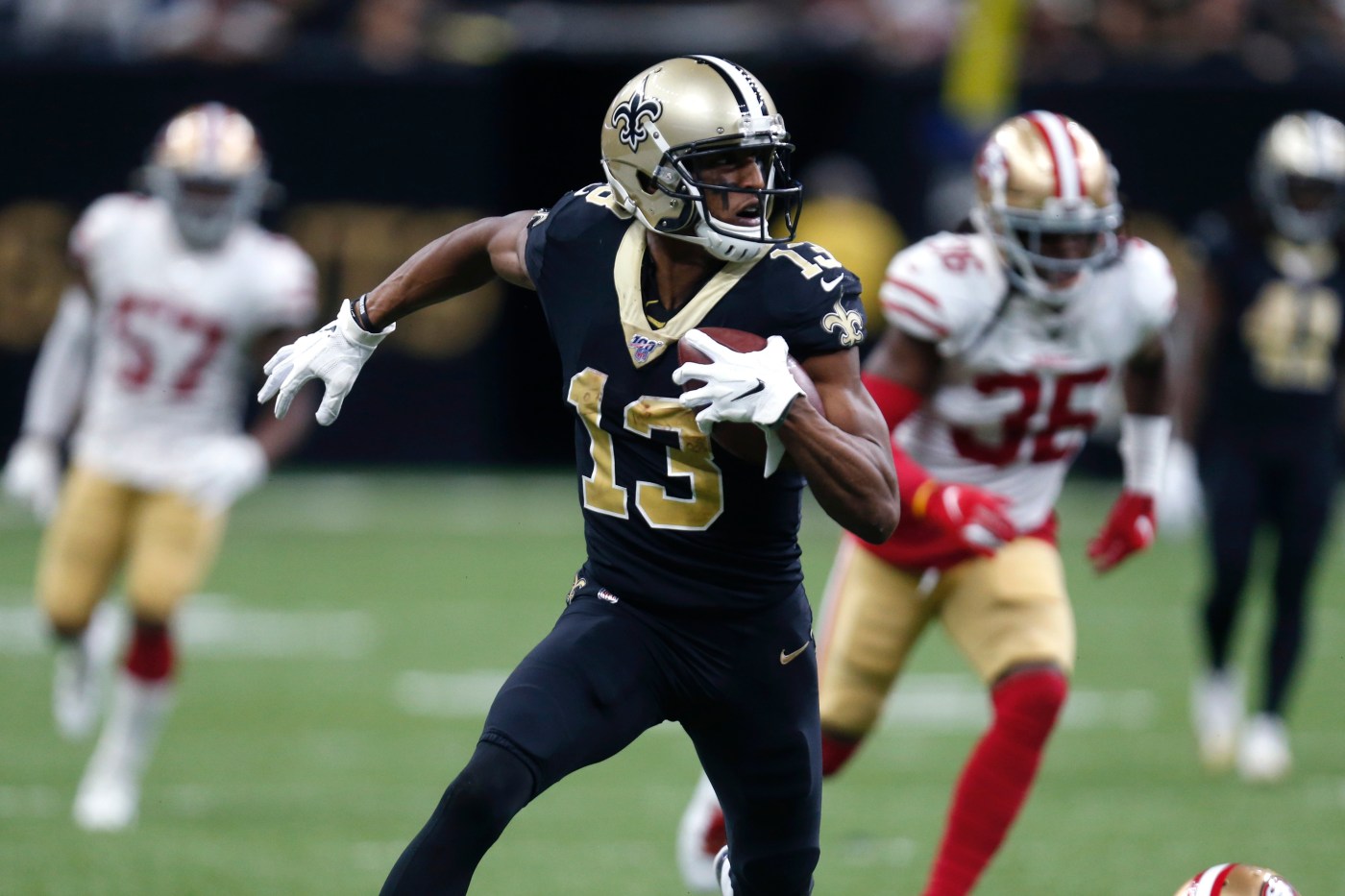 Saints All-Pro wide receiver Michael Thomas is expected to miss multiple games with a high ankle sprain, which will rob the Raiders’ historic Monday Night Football game next week of some of its star power.

Not only are the Raiders hosting their first home game in $1.9 billion Allegiant Stadium in Las Vegas, but the game also marks the 50th anniversary of the very first Monday Night Football game.

Thomas was injured in the Saints’ season-opening win over Tampa Bay but didn’t believe he’d miss the Raiders game — until a follow-up evaluation Tuesday revealed his ankle was in worse shape than he believed, according to ESPN.

Without Thomas, one of the NFL’s most dangerous offensive weapons while leading the league in receptions the past two years, the game loses a bit of its luster. Not that Raiders defensive coordinator Paul Guenther minds not having to game plan for the 27-year-old Saints star.

Even without Thomas, though. dealing with the two-time defending NFC South champion Saints will still be quite a task for the Raiders, who are hoping to recapture a bit of their old Monday night magic.

If the Raiders prevail in their only Monday night appearance this year, it would give them wins on Monday Night Football in three consecutive years for the first time in 30 years. Once kings during the Howard Cosell era of Monday Night Football, the Raiders went 18-1-1 in their first 20 appearances in Oakland. They beat Denver in prime time the last two years after losing 11 of their previous Monday night games.

Focus on New Orleans: Why Raiders should be worried about how Saints won opener