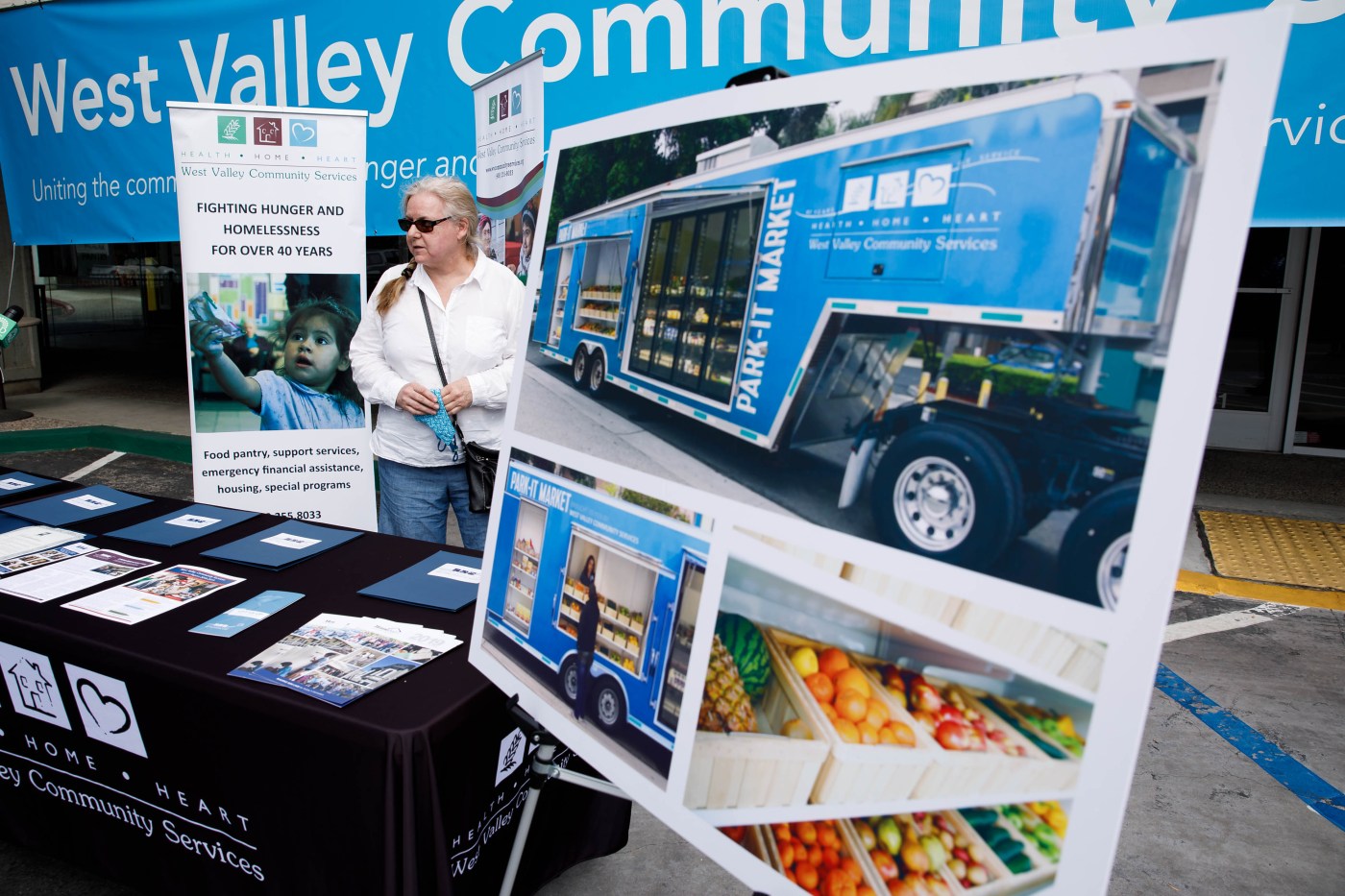 Demand for food and social services has grown almost five-fold in some of Silicon Valley’s wealthiest neighborhoods. Now, the sole full-service social services provider in Cupertino, Sunnyvale and other west valley cities is starting renovations sooner than expected and planning a mobile pantry to respond to a still-growing population in need.

West Valley Community Services unveiled its temporary facility on Wednesday in Cupertino’s The Oaks shopping center, which will serve the area’s more than 22,000 people living in poverty while its 18-yea old existing center gets a makeover. The new location will open next month. The nonprofit also announced plans for a mobile food pantry, which is expected to be up and running in three to four months.

“They’ve helped me tremendously with rent, food,” said Kenneth Garay, a former hotel worker and father of two, speaking in Spanish. “It’s a hard situation, COVID-19. We need to invest in programs like this that reinvest in our community.”

The center is the only provider of critical-need services in the areas of Saratoga, Monte Sereno, Los Gatos, West San Jose, and Cupertino. The region is home to some of the richest zip codes in Silicon Valley, with median home values up to $2 million, but even here many are struggling with the economic fallout from COVID-19.

“It’s been a constant stream of folks needing support for the very fist time in their lives,” said West Valley Community Services executive director Josh Selo. The center serves low-income residents who make under $31,000 a year. Selo said hundreds of new clients have showed up since March.

The revamped building and new mobile food pantry, dubbed the “Park-it Market,” will both take the form of small markets where clients will be able to choose the food they want. The new facility should open within half a year and will boast a food pantry double the size of the old one, designed to allow for social distancing. West Valley raised just over $2 million for the new facilities through a one-year campaign.

Construction should take five months during which West Valley will serve clients from the temporary location at The Oaks, space that is being donated by Silicon Valley developer and The Oaks owner KT Urban.

“West Valley has helped us immensely with housing transition and with the food pantry during COVID-19,” said Gayelynn Miller, a retired Silicon Valley resident who takes care of her niece and nephew. “With the pantry going mobile it’s …