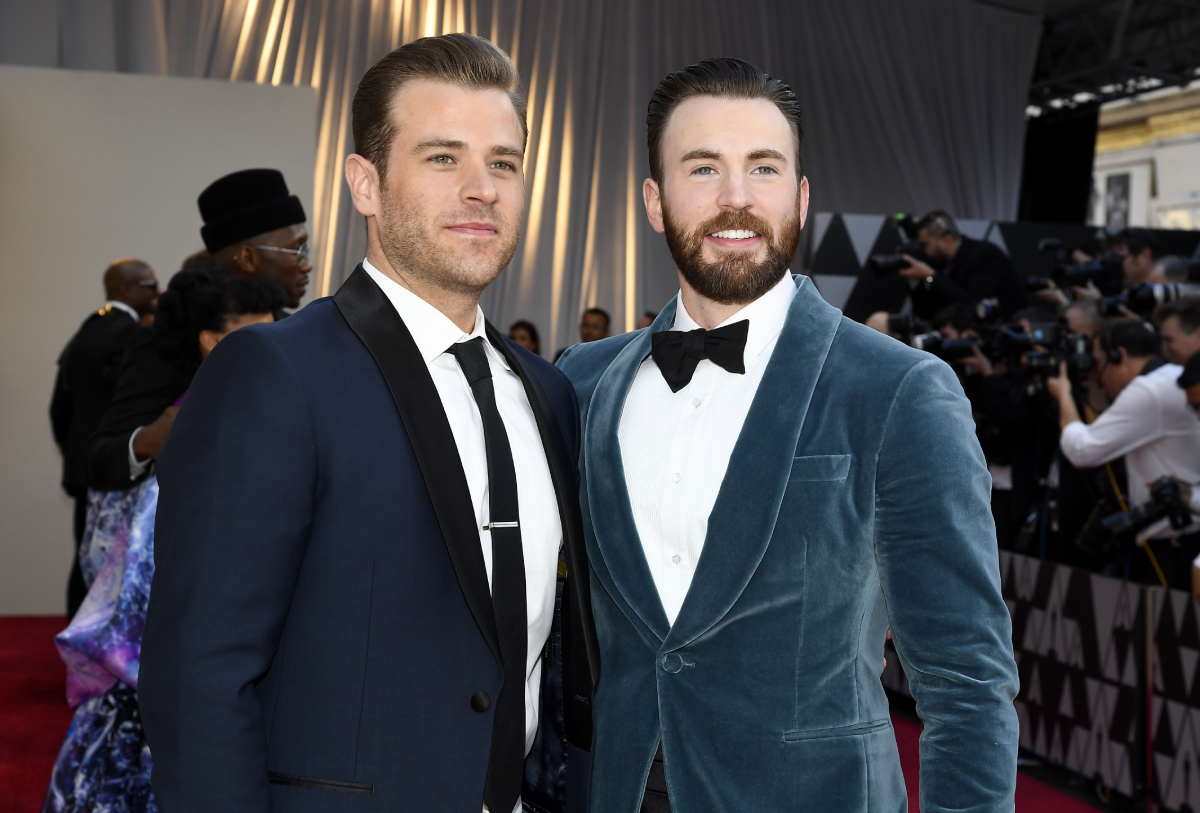 Chris Evans has been a trending topic on social media in recent days thanks to an unfortunate mishap. The Avengers: Endgame star accidentally posted a nude pic on his Instagram Stories. He quickly realized his mistake and deleted the NSFW pic, but the image quickly went viral. One of the best reactions to Evans’ mistake came from his brother, Scott Evans.

The Captain America star began trending over the weekend after an innocent game of Heads Up. Evans was playing with his 5.7 million Instagram followers when he failed to “trim a clip from a video he uploaded.” This resulted in Evans revealing a gallery of private photos, including one nude image.

This photo didn’t show the person’s face. But, it’s safe to assume that the pic was of Evans. After the incident, fans quickly came to Evans’ defense instead of tearing him down. They are asking for people to be kind, to quit sharing the pic, and to show the actor some respect.

Chris Evans on THAT pic

‘Look, it was a very interesting weekend full of lessons learned, a lot of teachable moments’

One fan called Evans a “gentleman,” while others posted photos of the actor with his dog Dodger to help “cleanse” timelines. Another fan thought everyone should report the tweets that included the photo because Evans is a “good guy.”

Mark Ruffalo shared his thoughts about his co-star’s mishap

Evans’ error was impossible to miss on Twitter, and it had everyone talking. His Avengers co-star Mark Ruffalo even chimed in. The politically outspoken actor told Evans that the mistake wasn’t as embarrassing as he might think.

“@ChrisEvans Bro, while Trump is in office there is NOTHING you could possibly do to embarrass yourself. See… silver lining,” Ruffalo wrote.

When a fan pointed out that Ruffalo could have just called Evans instead of posting the message publicly, he replied, “Yeah but…”