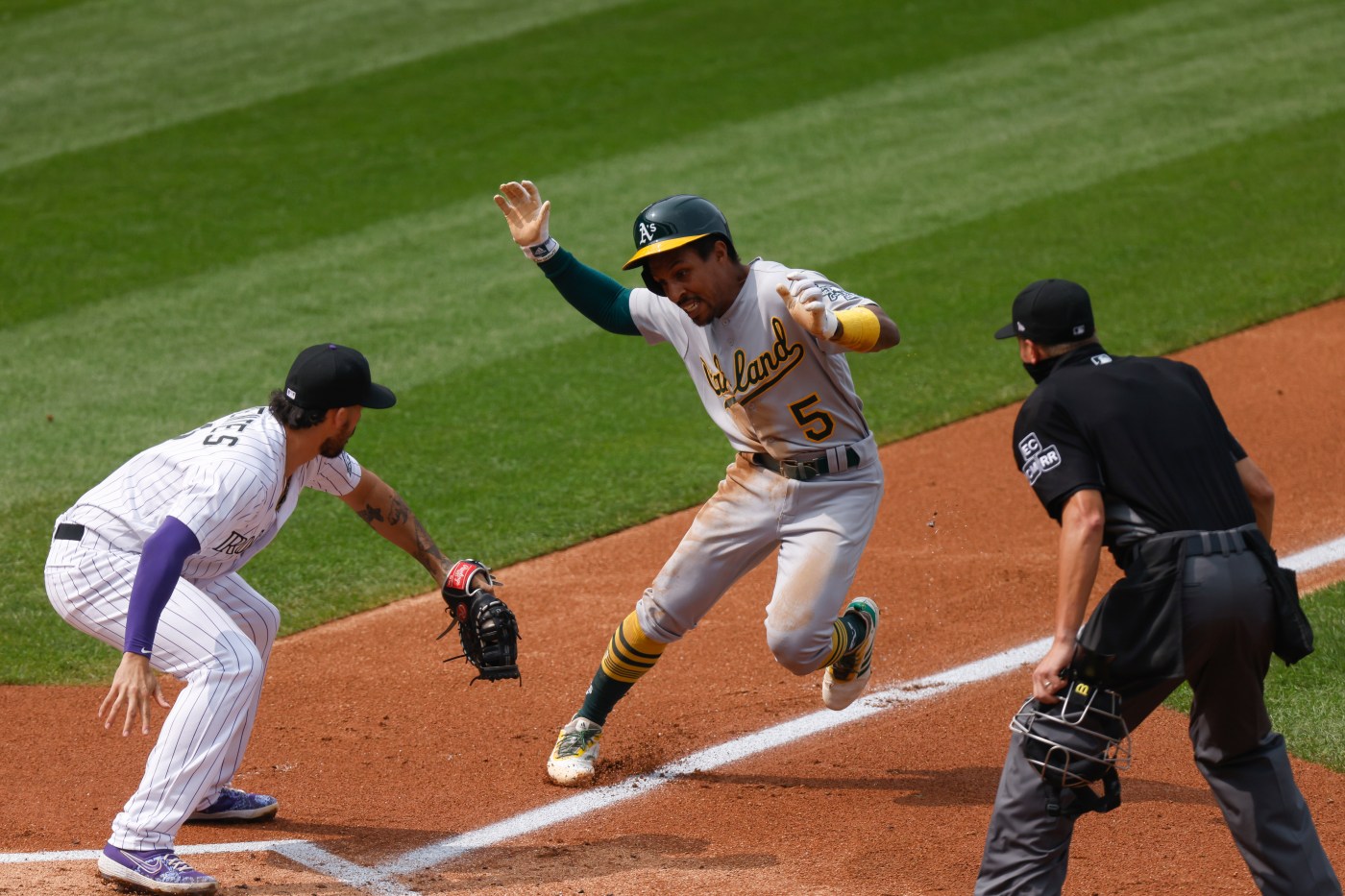 Finally, a happy flight. There’s a good chance the A’s will descend out of blue skies — finally — upon return to the Bay Area. It will be a welcome sight after the arduous road trip they’ve endured that had them in Seattle’s unhealthy air and into Denver’s thin air, in-and-out of three different time zones to play four games in under 72 hours.

They can breathe again. And a scrappy 3-1 win over the Colorado Rockies Wednesday afternoon could provide a bit of satisfaction after the all that trouble.

Mike Fiers was excellent in his start, finding ways to generate soft contact consistently on a fastball that averaged 87 mph. He was generating a fair amount of swings and misses, his fastball velocity averaging 87 mph. He allowed one run on a Raimel Tapia single in the third inning.

Rockies hitters broke 100 mph exit velocities off Fiers just three times, twice for hits. Other than that, with thin air that can carry any ball over the fences, Fiers kept the Rockies within the park. As the Rockies’ hitters slapped some singles and found their way onto the base paths, Fiers bobbed and weaved through the traffic and managed to strike out four of them, two on his fastball and two on his changeup.

He got a little help from a Gold Glove play by Matt Olson at first base, who — with a runner on second — inched into the infield after Tapia’s bunt attempt. He scooped up Tapia’s ground ball and rifled it within a half-second to Jake Lamb to get Tony Wolters running for third base, potentially saving a key run.

An offense clearly fatigued rubbed together a few runs against Rockies starter German Marquez. Tony Kemp practically manufactured a run on his own in the second inning. He drew a leadoff walk, and on an errant pickoff throw hustled to second, then to third on a wild pitch. On a ground ball, he miraculously evaded catcher Tony Wolters’ tag on a throw that was well ahead of Kemp.

After hectic week, A’s have nothing left for Rockies