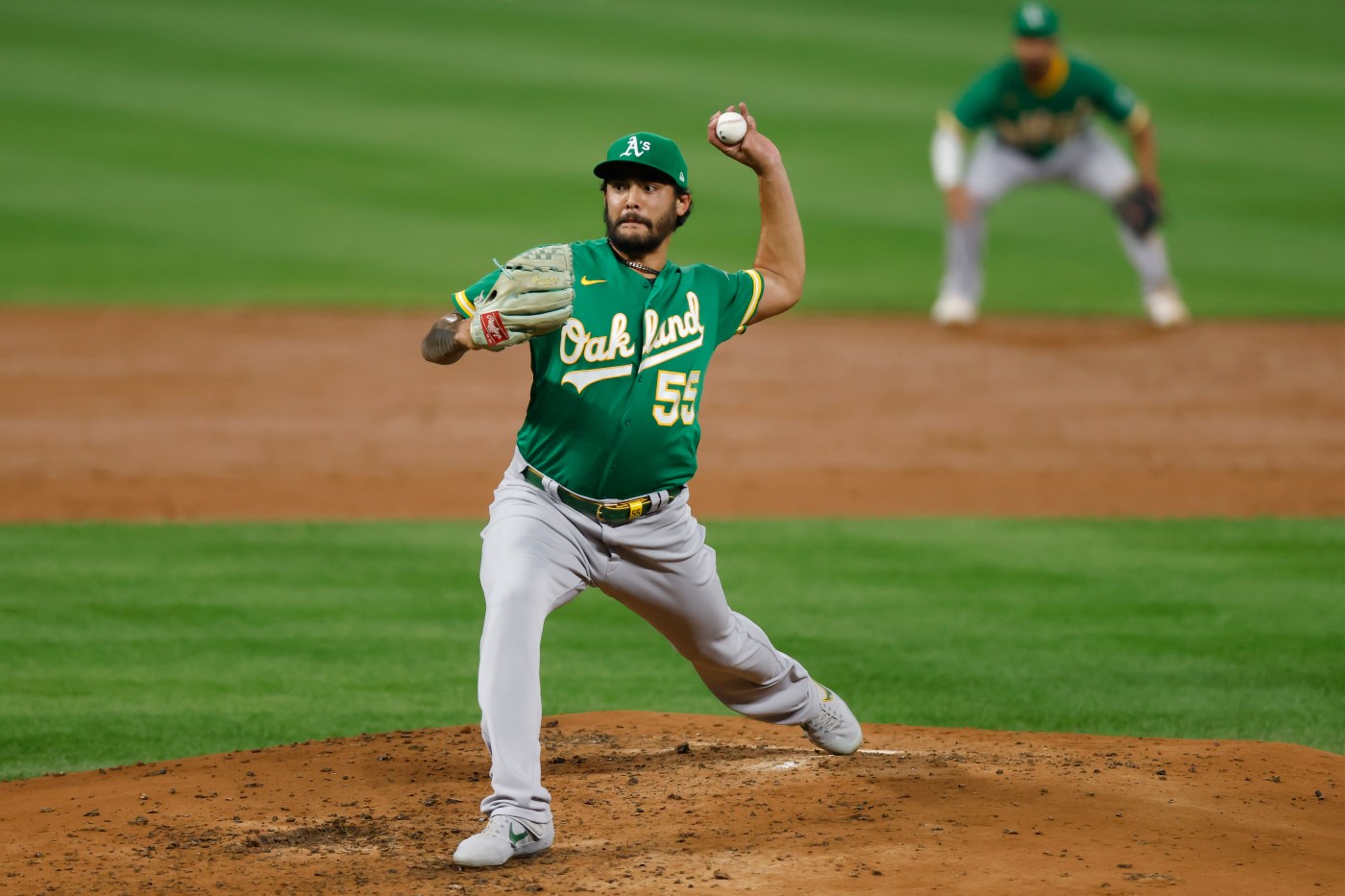 The A’s haven’t had much of a chance to catch their breath lately after playing four games in three days across three time zones.

Perhaps all that travel — from Arlington to Seattle to Denver — caught up with them Tuesday.

The A’s went 0-for-9 with runners in scoring position and committed their first error since Sept. 8 in a 3-1 loss to the Colorado Rockies at Coors Field.

The A’s scored their only run in the top of the second inning as a Tony Kemp sacrifice fly to center field brought home Jake Lamb.

The A’s (30-19) also left five runners on base as their magic number to clinch a playoff spot remained at five, as the Houston Astros beat the Texas Rangers 4-1. The A’s still have a 5 1/2 game over lead the Astros, and have 11 games left to play.

For complete Oakland A’s coverage follow us on Flipboard.

The A’s fell behind by one in the fifth inning as Manaea allowed a two-run homer to Elias Diaz.

Right after Josh Fuentes singled and advanced to third on a Marcus Semien throwing error, Diaz lined a hanging curveball just over the left field fence in the corner for a 2-1 Rockies lead.

It was Diaz’ first home run and first RBIs this season. Semien’s error was the  first in nine games for the A’s, who entered Tuesday with 20 errors, fewest in Major League Baseball.

From Bochy to Kapler: What the Giants proved (and didn’t) in year one with a new manager

Manaea was solid Tuesday but not quite as dazzling as he had been in recent starts.

Instead of a fastball in the 95 mph range, Manaea’s four-seamer was more around 91-92 mph.

Despite some decreased velocity on his fastball, Manaea’s outing was still solid. He threw 89 pitches, finished with season-high seven strikeouts and was charged with three earned runs over 5 2/3 innings.

Manaea came into Tuesday with a 4-0 record and a 1.98 ERA over his last five starts.

The A’s played Texas four times in three days from Friday to Sunday. They then flew to Seattle, where, amid unhealthy air quality, they played the Mariners twice on Monday.

The A’s flew to Denver after Monday’s doubleheader but did not arrive at the Mile High City until 2 a.m. local time.