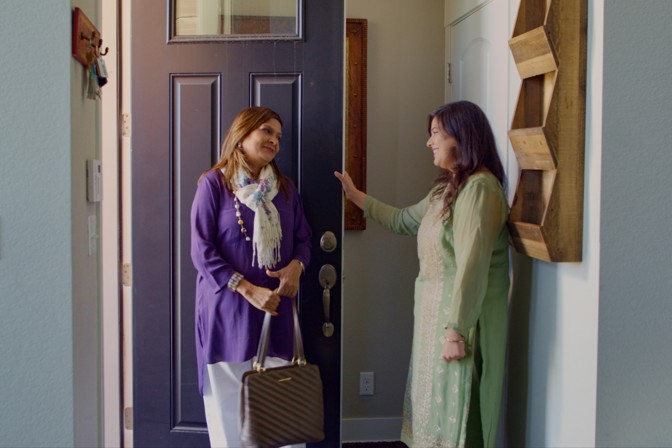 This story contains some spoilers for Season 1 of Indian Matchmaking.

The Mumbai-based matchmaker Sima Taparia delivers this meme-friendly one-liner in the seventh episode of the hit Netflix series Indian Matchmaking. Her sentiment seems antithetical to the title of the show, where she travels tirelessly between Mumbai, Houston, San Diego, and Delhi to find the “perfect match” for her clients. Indian Matchmaking joins other recent reality dating series such as Love Is Blind and Too Hot to Handle—except the first dates are often in the company of one or both sets of the daters’ parents and the sex is nonexistent. In her questions about her clients’ preferences and her scrutiny of their lifestyles (and closets), Taparia is no different from any other matchmaker who promises relationships that can last forever. But she departs from this well-worn model in her attention to one extra characteristic: caste.

[ that she welcomes critiques of her show: “I want to be held accountable. Push me so I can push, too,” she said. Mundhra’s biggest blind spot is her complicity in the normalization of Hindu upper-caste culture as larger Indian culture. Many Indian Americans argue that it’s unfair when works of pop culture expose the ugly underbelly of our societies for the rest of the world to witness. But it’d be wrong to assume that these issues no longer exist or affect most people, especially Dalits such as myself, who sometimes spend our entire lives being wounded by these cultural minefields.

Indian Matchmaking doesn’t deserve criticism for holding up a mirror to the diaspora’s uncomfortable realities. It deserves scrutiny because it promotes a practice that has enabled caste to live, breathe, and mutate over centuries. Indian Matchmaking allows a few jagged edges to remain as it tries to assure skeptical viewers that, ultimately, Indian arranged marriages aren’t that bad. And that is the most chilling aspect of the show.

Source:: Indian Matchmaking and the Shadow of Caste” >The Atlantic – Culture