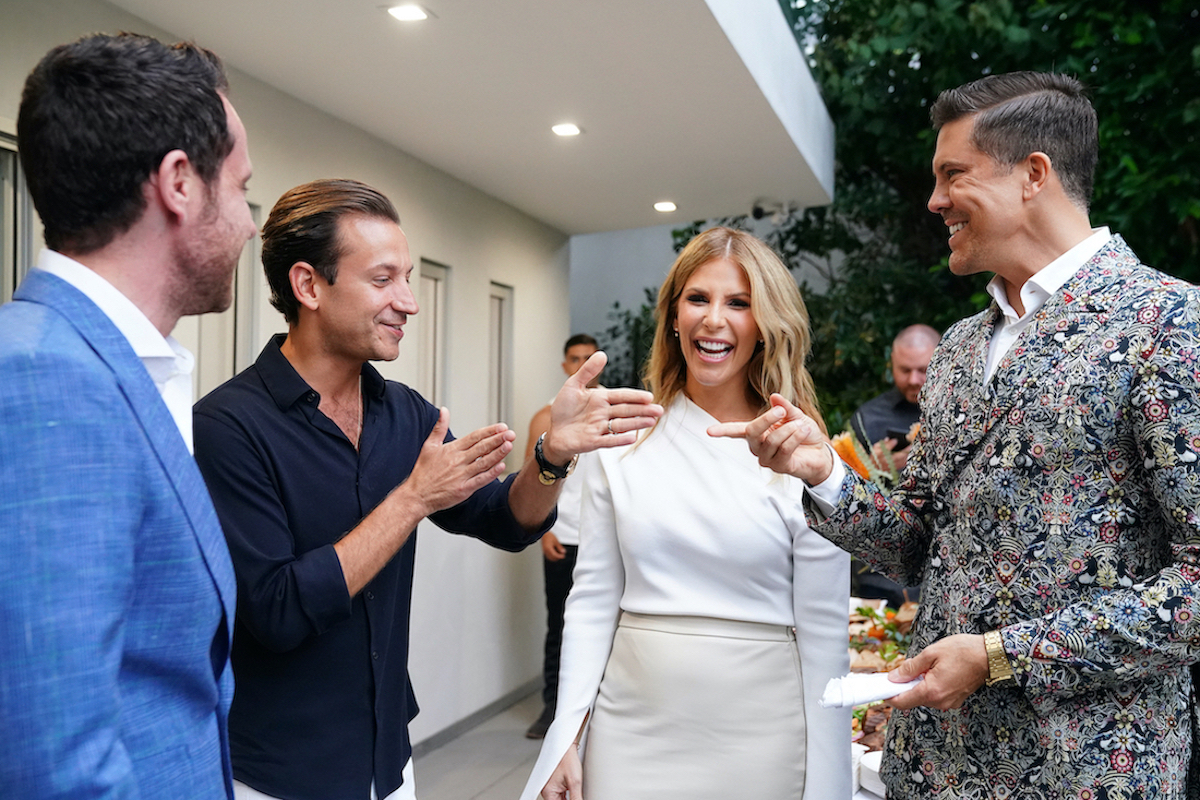 While Tracy Tutor from Million Dollar Listing Los Angeles didn’t feel threatened by the arrival of Fredrik Eklund, David Parnes and James Harris got heated about the crossover.

Million Dollar Listing New York brokers bemoaned the sluggish New York market last season. Properties were no longer moving. Meanwhile, the Los Angeles market was still rather buoyant. Eklund shared last season he toyed with the idea of moving his family to Los Angeles and finally made the decision to move west.

Viewers got a glimpse of Eklund’s impact on the Los Angeles cast when he hosted a brokers open and got blasted by Heather Altman. She felt blindsided, stressing that her family and Eklund’s family were friends and he didn’t tell her about the move. Initially, Parnes and Harris seemed to be relaxed about Eklund moving to Los Angeles. But Parnes says not so and they end up having a heated exchange.

Tutor, Parnes, and Harris chatted with Eklund at his broker’s open, which was featured on Million Dollar Listing New York. The only cast member who was unhappy was Heather Altman … so viewers thought.

“I mean, look, Fredrik is officially in L.A. and he means business,” Parnes said, Bravo’s The Daily Dish reports. “James and I do have a rather heated exchange with him. I don’t want to give too much away, but there is definitely confrontation between the Brits and Fredrik this coming season.”

‘The Bachelor’: Cassie Randolph Finally Gives Us More Details on Her Breakup With Colton Underwood

Although the LA market was in better shape than New York, brokers in LA still had their set of challenges. “The way I look at it this coming season is all about adapting,” Parnes continued. “The market was already shifting and changing throughout last year, so there is a lot of adapting and just realizing that it doesn’t always work out.”

“I think this season is so raw and real it …